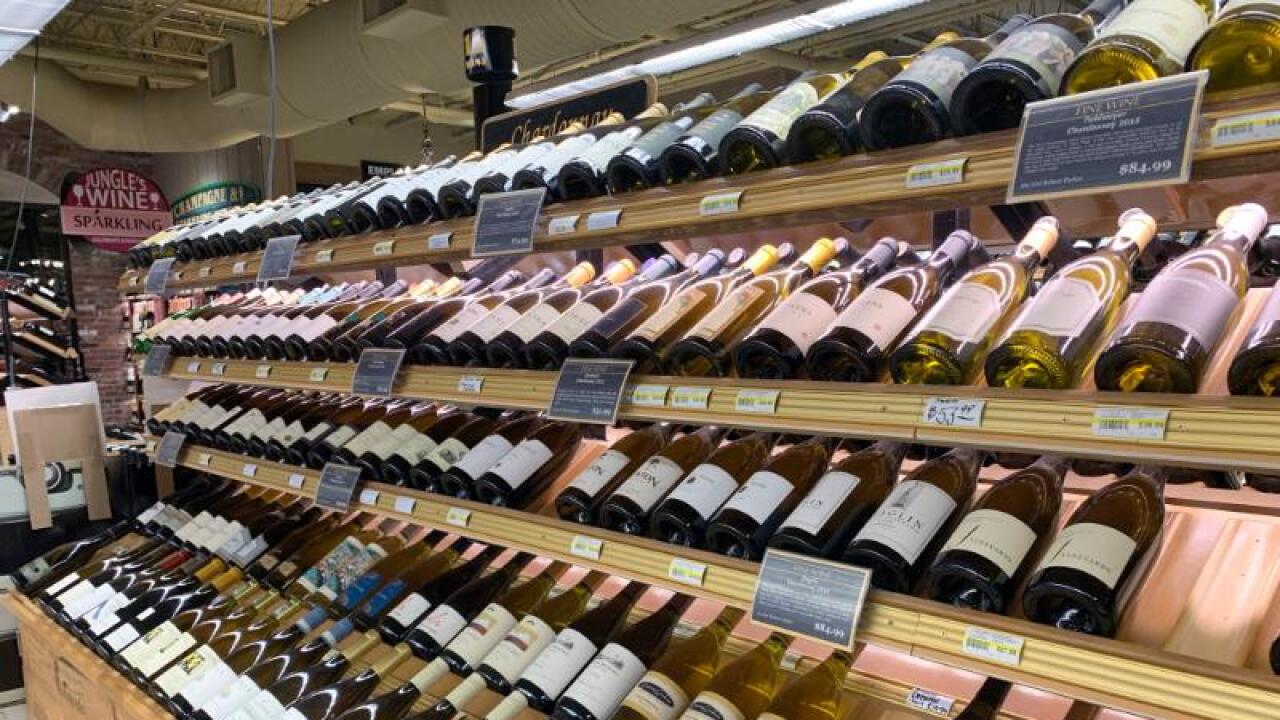 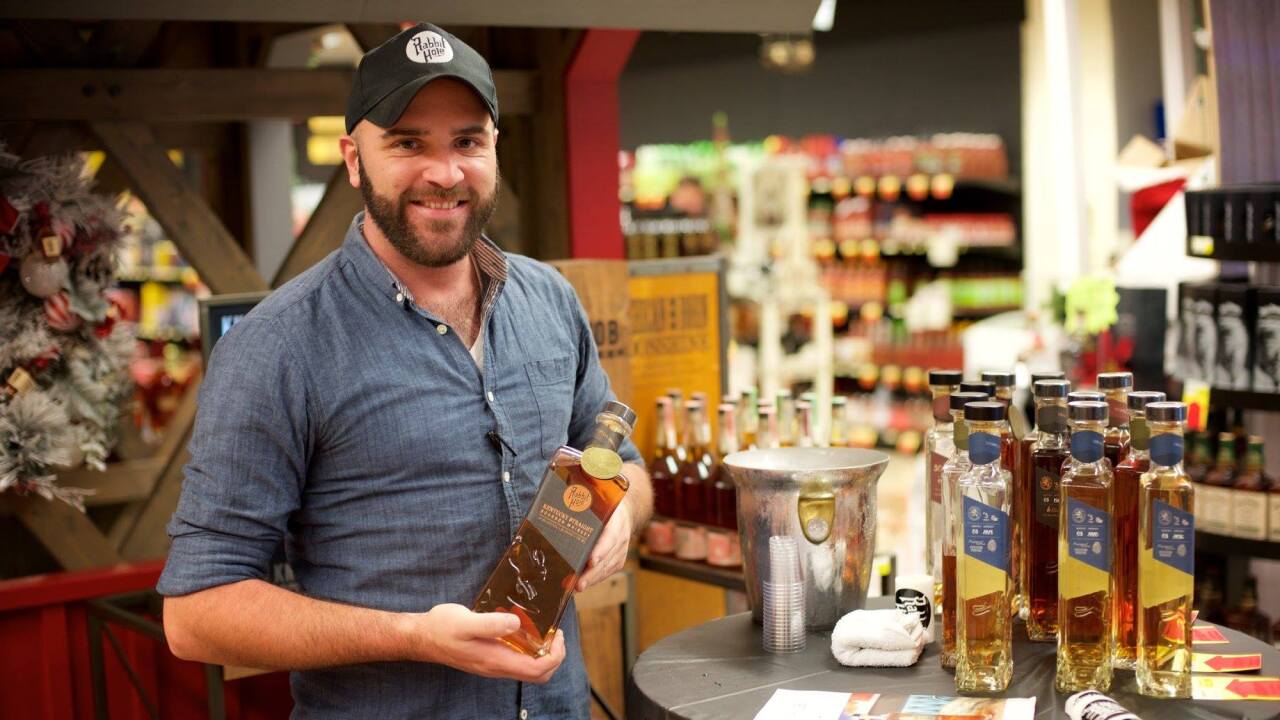 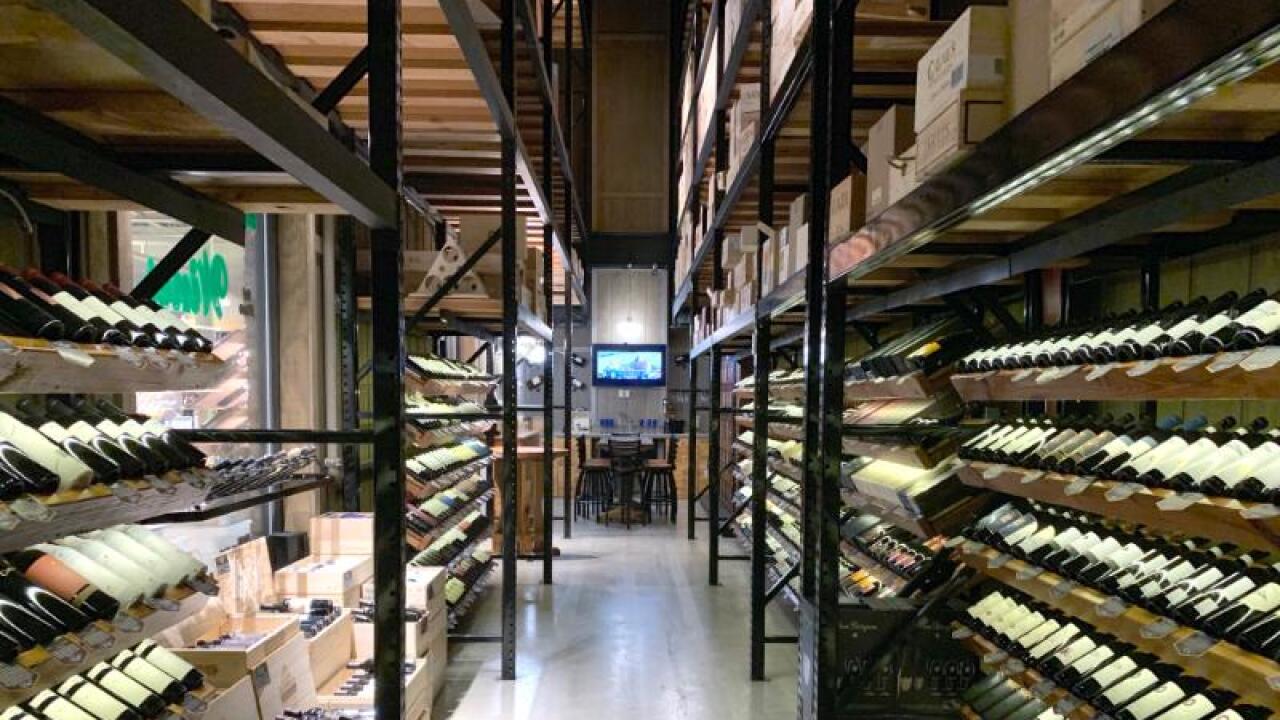 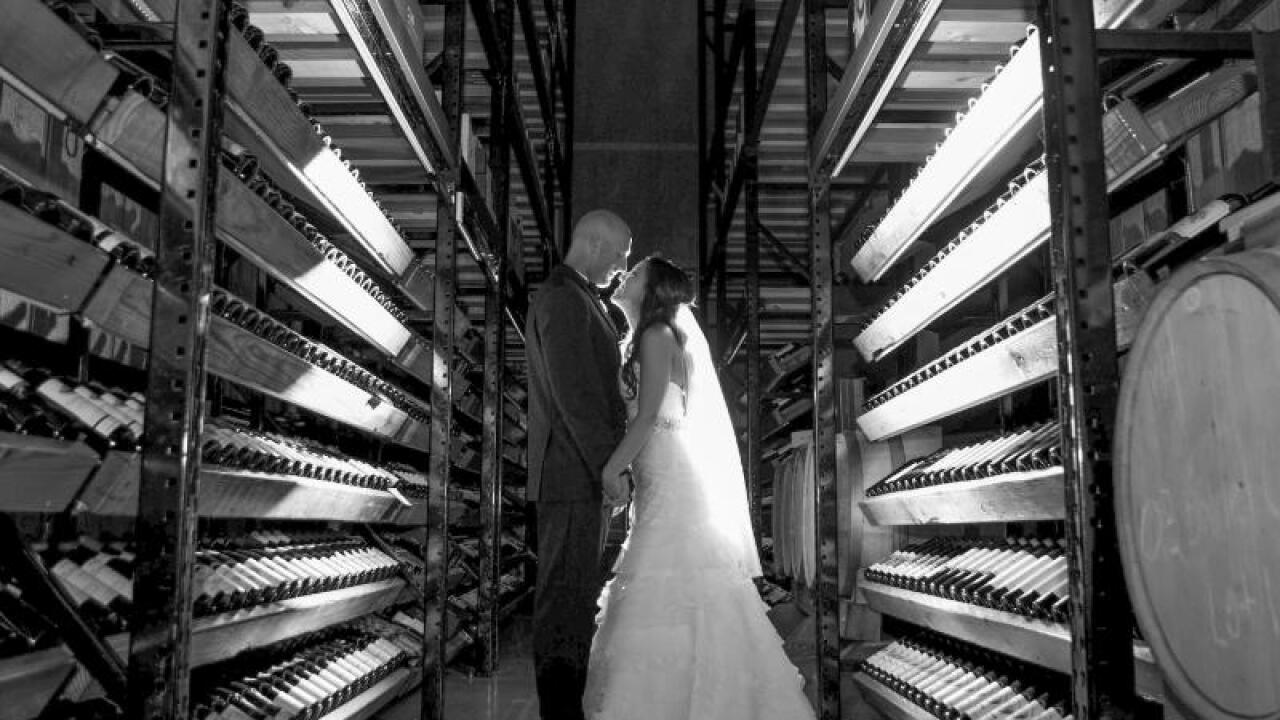 While it may seem tempting to rush over to Bed Bath & Beyond to round out that regular old wedding registry, have you thought about stopping by your favorite local liquor store instead?

Yes, alcohol gift registries are a real thing -- just not in Cincinnati yet. But they will be -- and soon.

Local merchants, including such as The Party Source, Cork 'N Bottle and Jungle Jim's, plan to add this service to their repertoire this year, allowing soon-to-be-wedded couples a chance to pick bourbons over bed sheets. And it's the best nuptial-related news we've heard all year.

While these vendors have no idea if there's pent-up demand for this kind of thing in the Tri-State, it's an easy add-on with plenty of upside.

"I've never heard of anybody doing it before, but I think it's cool," said Alex Gehler, an employee at The Party Source in Bellevue. "Weddings make up a good chunk (of our business already). The more we thought about it, the more we said we need to make this happen."

As couples are marrying later in life -- on average in Ohio, women marry around age 27, while for men, it's age 29, according to the Population Reference Bureau -- there's less need for household staples like stand mixers or tea towels.

But Gehler sees this as a good fit for millennials, too.

"I think the younger generation, they want something chill," he said.

Gehler says The Party Source should have an online registry up and running by the end of May; web developers are working to add it to the company’s website. The build-out should be relatively quick, he said, since the business already posts about 95 percent of its inventory online.

There will be two options for couples.

One, of course, will allow them to stock their home bar, adding the items they would like as wedding gifts.

But Gehler sees an opportunity for guests to stock the reception bar as well.

"If your wedding is on Saturday, we could do something where the last day to order is the Wednesday or Thursday before. We want to be able to help our guests create the moment when friends and family are gathered," he said.

"Sometimes you get those really fun couples that say, 'Let's do something that's off the beaten path,' like a Bloody Mary bar, and it opens up a whole other avenue and aspect to your reception, and people love it. And, in the end, getting a little help paying for the big day is always nice."

At Cork 'N Bottle in Crescent Springs and the Jungle Jim's locations in Eastgate and Fairfield, the registry would be less formal, at least to start.

Laine Discepoli, who handles marketing for Cork 'N Bottle, a retailer known for its exclusive selection of bourbon, whiskey and rye, said a couple could schedule a consultation with a wine and/or spirits expert on staff. Instead of a scan gun, they would be armed with a clipboard. Staff could check off specifics along the way. The final list would be available at the register for guests.

"No one has ever asked for this (before), and I don’t know if it's the next great thing or not, but people today are more interested in collecting stuff or having experiences," Discepoli said. "They could pick stuff they wouldn't necessarily buy for themselves but would love to have."

Jungle Jim's, for its part, carries booze, too, but also about 15,000 different wines, with bottles priced up to $5,000. A lot of young professional customers are actually Level One sommeliers, or trained wine stewards, simply because they want to know more, said Ed Vinson, beer and wine manager. But wine is also an investment, besides being a completely fun – and also extremely easy to wrap – gift.

"People come in all the time and ask, 'Hey, I need a bottle of something special for someone. What do you suggest?'" Vinson said. "I always say, 'Well, what do they like?' And they don’t know. With this being something the bride and groom can pick out, I think it would be a great tool for people to get it right."

He, like the others, has no idea how to gauge demand. But "if people really wanted this," Vinson said, Jungle Jim's could easily add its registry online. For now, it would be a spreadsheet version that a couple could email to their guests.

When it comes to exactly what to stock, Stephannie Mejzlik, general manager at the Beer Sellar, a bar in Newport, has a few recommendations. Every home, she said, needs a small collection of fine bourbon. Think Weller, Michter's, 1792 or Pappy's, if you're lucky enough to snag a bottle. "(It's) a marvelous gift," Mejzlik said.

Flavored Crown Royals like peach and apple are huge with women. Also, register for at least one nice tequila. Mejzlik likes Camarena, Patron or Cantera Negra, which is "new, kind of pricey, but amazing." And add a couple of light liquors like rum and vodka.

For those who like to entertain -- or for those future romantic evenings with your spouse -- add a few nice bottles of red wine, or keep at least one bottle of white wine on hand for guests.

Gehler also suggests getting creative with the mixers. Make sure your list has a good sweet or dry vermouth, for example.

"That’s really where your ability to make amazing cocktails comes in," he said.