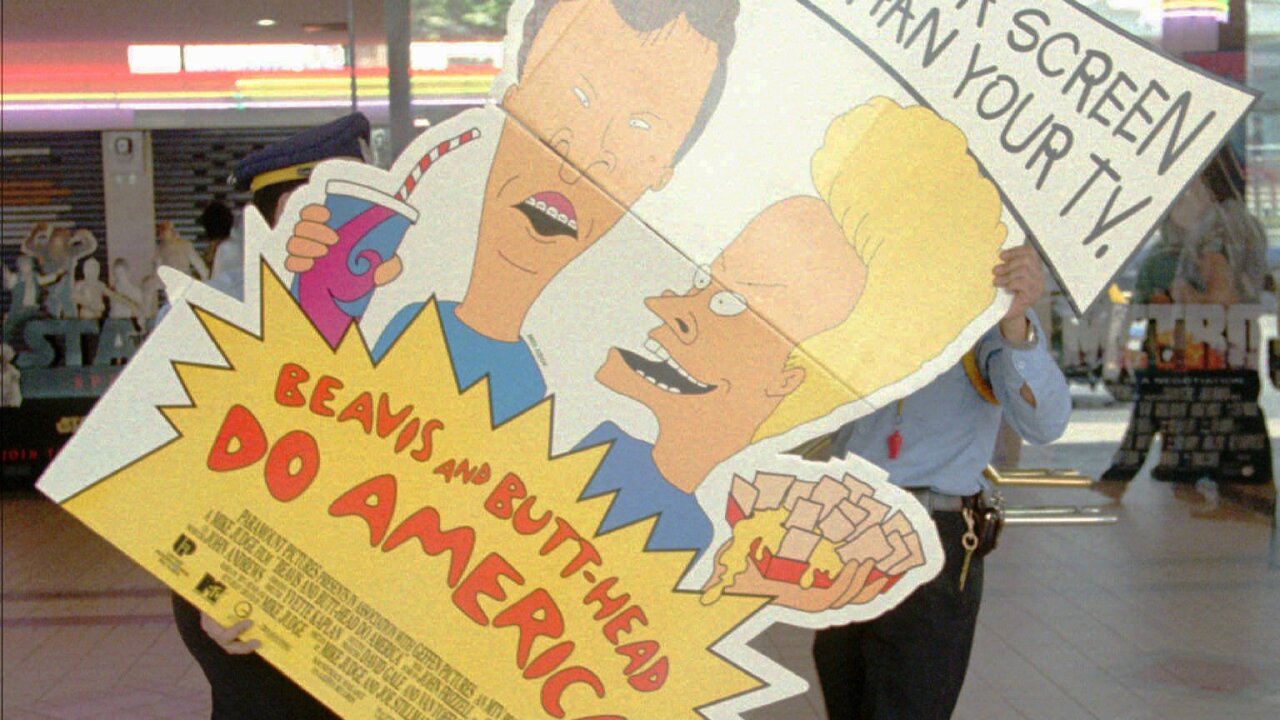 SAKCHAI LALIT/Associated Press
Two Thais cinema staff prepare a display for the upcoming movie "Beavis and Butt-head Do America" in Bnagkok on Thursday, April 24, 1997. The film, which opens Friday, is expected to draw crowds of Thai teenagers eager to catch a glimpse of the American satirical sensation. (AP photo/Sakchai Lalit)

The iconic couch potato characters of Beavis and Butt-head are returning with new episodes, in a deal with creator Mike Judge and Comedy Central. Joining another 90s spin-off on the cable channel.

Originally launched in 1993 on MTV, “Beavis and Butt-head” rose to popularity with its satire and stream-of-consciousness dialogue. The show tackled social issues at the time including teen obesity, workers’ rights and media trends.

Comedy Central has ordered two seasons of the reimagined series, which will be, according to them, “relatable to both new and old fans – Gen X parents and their Gen Z kids.”

“It seemed like the time was right to get stupid again,” said Judge in a statement from Comedy Central.

Judge will write, produce and provide voice over for both characters. It’s a return to animated series for Judge, who created “King of the Hill”, “Silicon Valley”, and movies “Office Space” and “Idiocracy”.

“We are thrilled to be working with Mike Judge and the great team at 3 Arts again as we double down on Adult Animation at Comedy Central” says Chris McCarthy, President of Entertainment & Youth Group. “Beavis and Butt-Head were a defining voice of a generation, and we can’t wait to watch as they navigate the treacherous waters of a world light-years from their own.”

The new “Beavis and Butt-head” joins another reimagined 90s series, “Jodie”, a spin-off of MTV’s “Daria”.

Creator and head writer Grace Edwards will be back on the new series, focused on Jodie Landon, one of Daria’s friends from high school. Tracee Ellis Ross will voice the character that will satirize workplace culture.

“With themes of empowerment along gender and racial lines, explorations of privilege, and a wicked sense of humor, “Jodie” will shine a light on the personal and professional issues young Black women face today,” said a statement from Comedy Central.

No launch dates have been named for either series at this time.