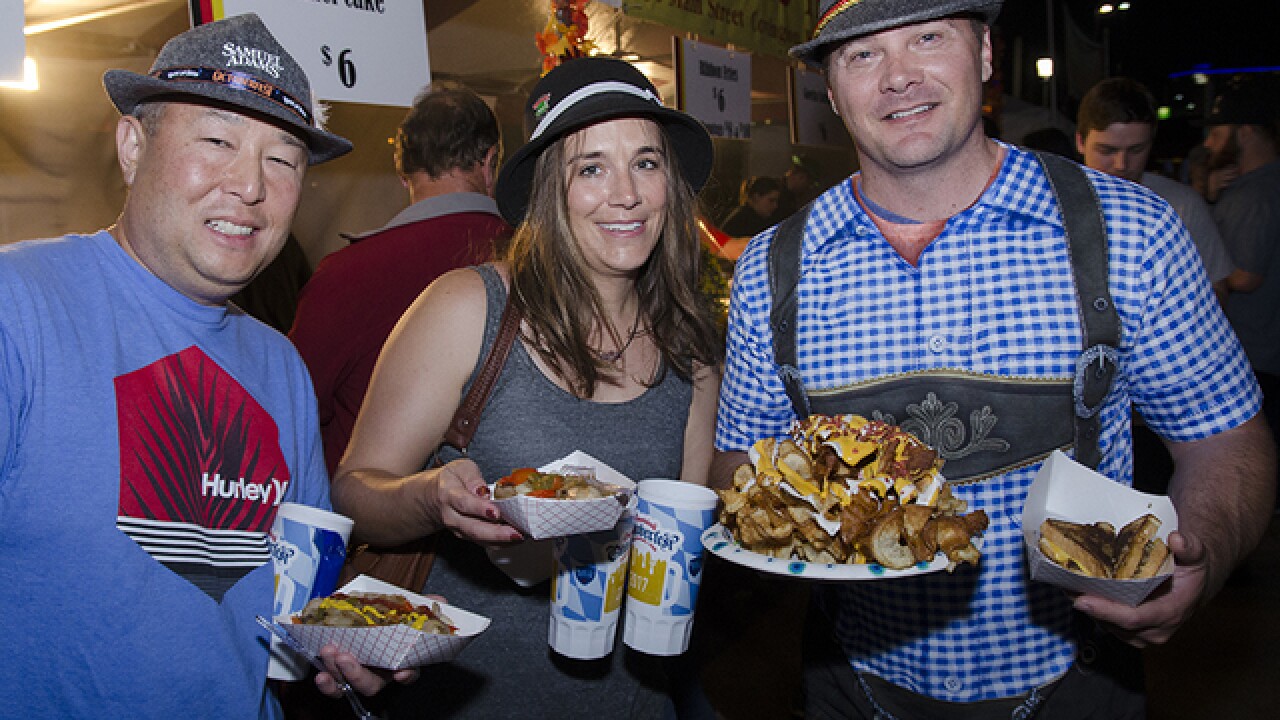 Copyright 2018 Scripps Media, Inc. All rights reserved. This material may not be published, broadcast, rewritten, or redistributed.
JOSEPH FUQUA ll
Oktoberfest Zinzinnati 2017 kicked off on Second and Third streets, between Walnut and Elm streets, on Friday September15, 2017. Left to right Greg Takenaka, Drea Shoulain and Thad Shoulain posed with their food Brats and Ribbon Fries from Zoomer Strasse Haus. Photo by Joseph Fuqua II for WCPO

That surpasses the 650,000 estimated to have attended the previous three years, according to police estimates.

It was the second year Oktoberfest was held on Second and Third streets, away from Fountain Square. The weather was perfect, and the Reds were also in the town for the weekend.

“Without question, the move to Second and Third streets has been a resounding success," said Cynthia Oxley, director of the event. "Quite clearly, Zinzinnati loves the new location and we look forward to 2018."

First held in 1976, Oktoberfest Zinzinnati has grown to be America's largest Oktoberfest.