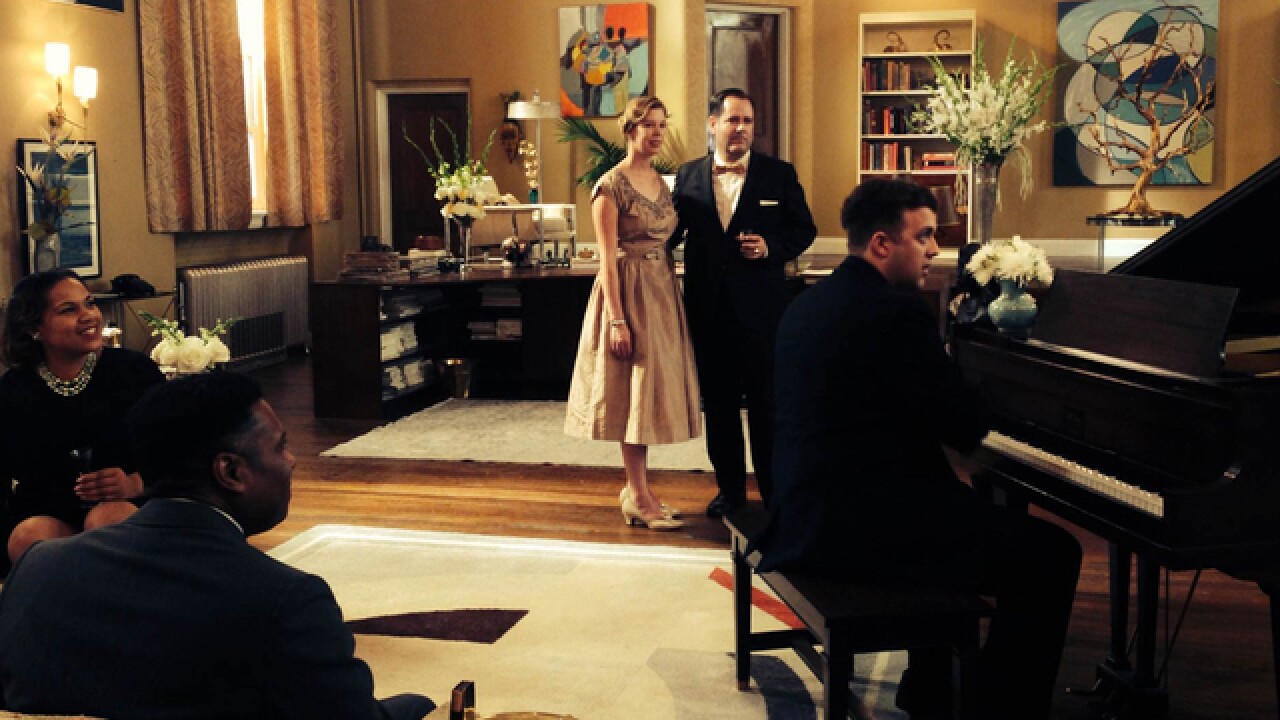 <p>Wendy and David Freeze's home, the former Oakley Presbyterian Church, served as Miles Davis' home in the filming of "Miles Ahead." Shown: The Freezes (center) served as extras during filming of a wedding scene.</p>

The bill also removes a cap on tax reimbursements, which had been limited to the first $5 million of a film project’s budget, and changes the incentive rate to include 30 percent of all production dollars spent.

“We are excited that Governor Kasich has signed this legislation that will bring in even more film business to Greater Cincinnati,” said Kristen Erwin Schlotman, executive director of the Greater Cincinnati Film Commission, in a news release. “Because of this incentive, we’ll be able to compete with any location around the country for major motion picture productions.”

Schlotman has said in the past that in order to bring larger productions to the region, the tax incentive had to be increased. The state reached its $20 million incentive cap four months into the last fiscal year. The new fiscal year begins July 1.

Schlotman credited the state tax incentive program with bringing “Carol,” “Miles Ahead,” “Goat,” “The Long Home,” “Marauders” and “The Fits” to the region in the past two years.

The film commission also worked with the Economic Center at the University of Cincinnati to conduct an economic impact study of the state tax incentive program for Cincinnati. The study found the Greater Cincinnati Film Commission has generated more than $54 million for the region’s economy over the last two years.

The study also reported that the return on investment for tax credits increased; each local tax dollar spent on the incentive returned $17.28 in 2014 and $18 in 2015 to the area economy.

Schlotman has said there are other tentative productions planned for the region for the second half of this year.

“Marauders” director Steven C. Miller said he will return to Cincinnati in August to begin shooting a second feature film. “Marauders,” which was shot in Cincinnati last October, opens at the Esquire Theatre this Friday.

“We’re going to be making something cool, and I am excited about it,” Miller said of his return to the Queen City.