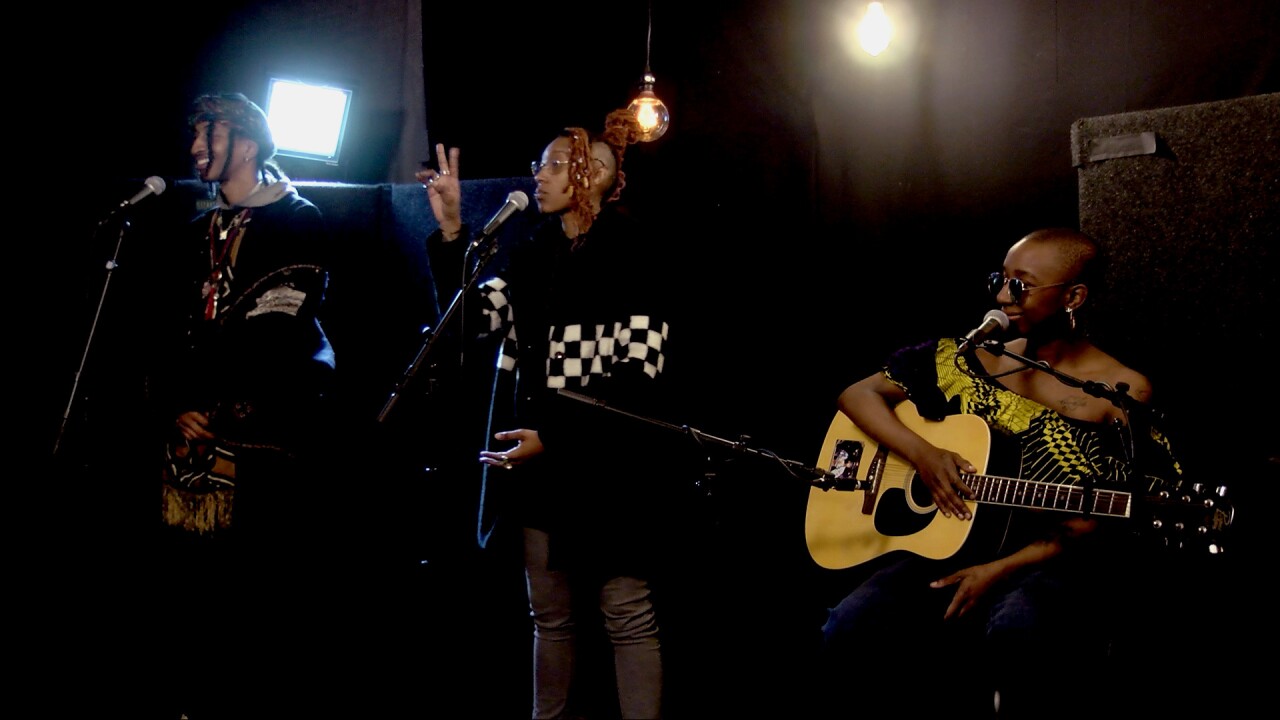 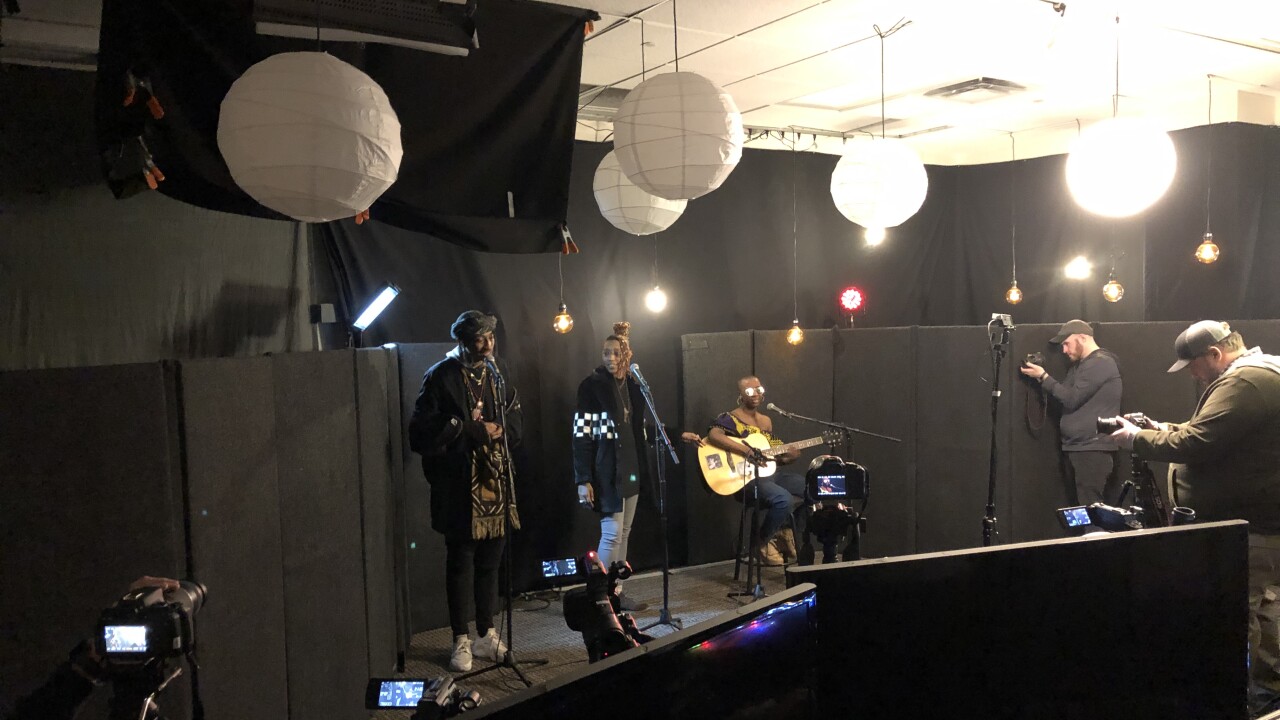 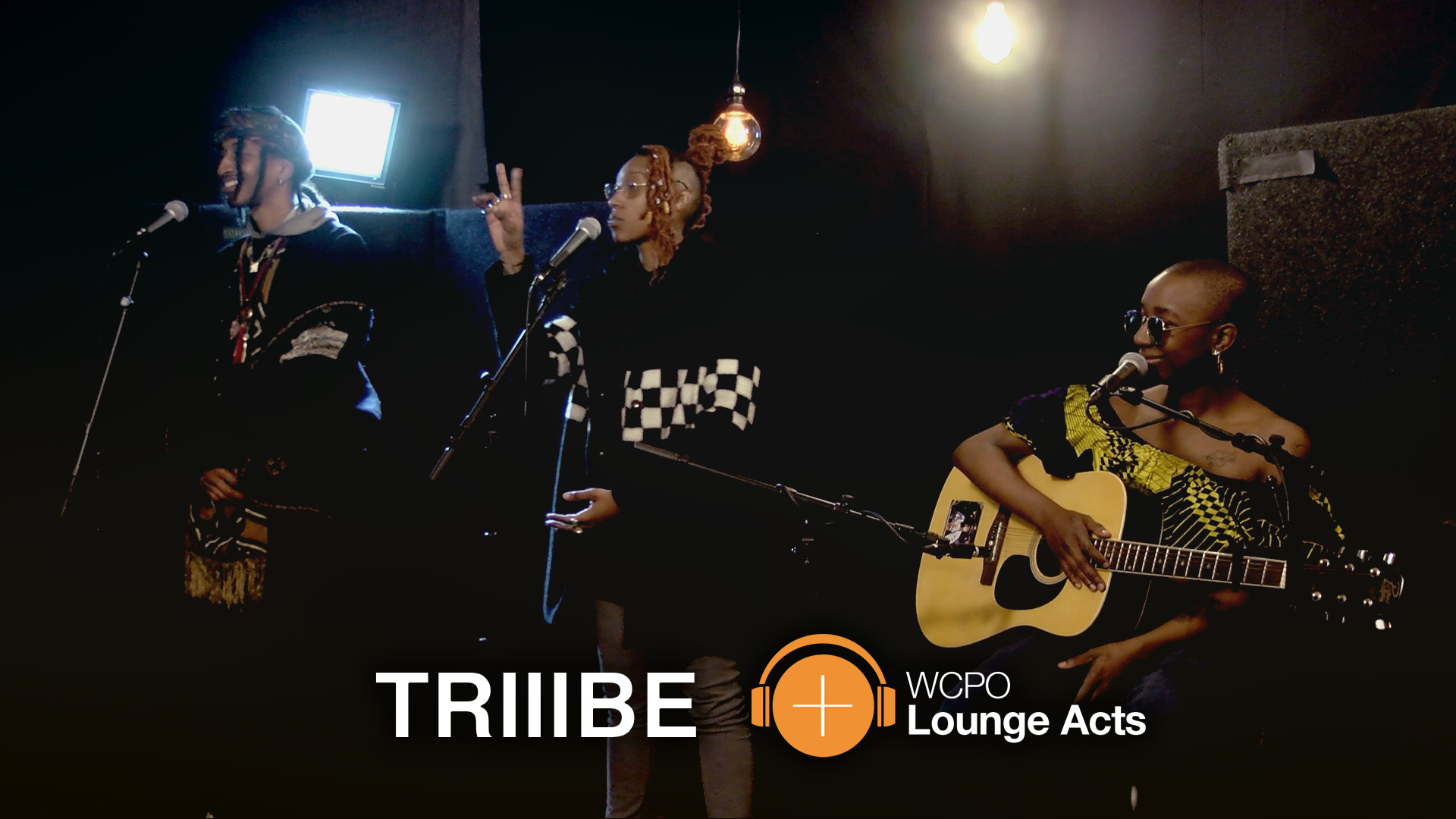 Listen to Triiibe perform and chat for WCPO Lounge Acts in the podcast player above.

To listen to Triiibe is to know their causes: love, peace, community, prosperity, faith, self-sustainability. Triiibe, an acronym for True Representation of Intellectual Individuals Invoking Black Excellence, is comprised of three talented members: Pxvce (pronounced “peace”), Siri Imani, and Aziza Love. Together, they create their own brand of “artivism” - combining powerful lyrics, smooth melodies and rhymes, all laced with their principled beliefs. Activism is what brought the three of them together - the music followed naturally. As Pxcve, who raps and creates beats for the group puts it, they’re creating “soul music.” It’s more than just songs to bop along to--although you will. It’s the product of three souls with common goals and beliefs coming together to create something bigger than themselves. If it sounds lofty, that’s because it is. But the members of Triiibe don’t take the responsibility lightly.

They’re putting their time where their mouths are, too: when not creating music, they spend time running after school programs like Raising the Bars, which helps Cincinnati Public School students learn how to express themselves through writing, poetry, and even rapping. They’re ever-cognizant of the obstacles they’ve faced in their own lives, and active in taking steps to inform and educate so those barriers are different for younger generations.

Cincinnati is taking notice of the great work that Triiibe is producing. Their first full album, “iii am what iii am” was released in October 2018 to rave reviews, and they regularly play shows all over the city and beyond. They even snagged to major awards at CityBeat’s 2018 Cincinnati Entertainment Awards, going home with the Hip Hop and Artist of the Year awards. They’ve also been invited to take the stage for a set at 2019’s Bunbury Music Festival, an honor they’re eager to take on. Not bad considering they’ve only been performing together as Triiibe for just over a year.

Needless to say, Triiibe is staying busy. Making music, performing, sharing, teaching and learning. How do you sum up all that they’re doing, and all that they stand for? Love puts it best:
“Speak truth, always truth, and walk and live in that truth. To be who you are and to be proud of your roots is alright, and that’s beautiful. Live in that light always.”