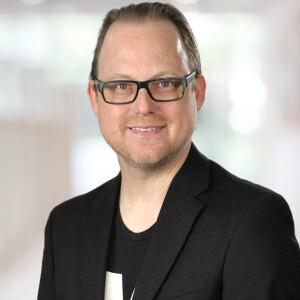 March is Women's History Month, a time to recognize and encourage the vital role of women in America.

To celebrate, WCPO Lounge Acts presents our Women's History Month mixtape, featuring some of our favorite Lounge Acts performances from local female musicians and their bands.

Watch the nine-song video mixtape in the player above and read more about each artist below.

Cincinnati-based singer Emmaline might be a young musician, but she's got a vintage voice.

"I grew up listening to jazz," Emmaline said during her WCPO Lounge Acts session. "My dad's a jazz pianist, so I was really heavily influenced by jazz, R&B and classic soul."

Some music fans may recognize Emmaline from her Billie Holiday-style performance of Jessie J's "Domino" with Postmodern Jukebox, a group that puts old spins on new songs.

More on Emmaline at emmalineofficial.com.

The trio, made up of singer/guitarist Kelli Redding, bassist Ian Gorby and drummer Rachel Thode, had a release show for its latest single, “Sigh,” at MOTR Pub in Over-the-Rhine, but the following tour wouldn’t last.

“We got two dates into that and had to turn around, which was kind of a bummer,” Redding said during the band’s WCPO Lounge Acts session.

More from Slow Glows at slowglows.bandcamp.com.

As talented as she is at singing, Bla'szé first pursued a dance career at the University of Cincinnati's College Conservatory of Music, where she graduated in 2013 with her Bachelor of Fine Arts in ballet. When injury sidelined her dance prospects, she turned her focus to singing.

Bla'szé continued building her confidence on her debut album, “Energy.” It’s an album that Bla'szé said helped in “realizing the confidence I have to tell my story.”

Jess Lamb and The Factory

“Created with love in Over-the-Rhine.”

Lamb has been a mainstay in the Cincinnati music scene for years, and her unique style that is equal parts soul, pop and R&B makes her memorable to audiences lucky enough to hear her. She punched a ticket to Hollywood on the 2015 season of "American Idol" and even memorably “jammed” with then-judge Harry Connick Jr.

More from Jess Lamb at jesslamb.com.

Queen City's own neo-soul artist Lauren Eylise uses her witty lyricism to give off the matter-of-fact tone of Lauryn Hill and the unapologetic savagery of SZA’s "CTRL," layered with vulnerability that is purely her own.

While her 2017 EP "Life/Death/Life" is an ode to Lauren Eylise’s own personhood, she hopes any woman can pick it up and see herself. But with blatantly transparent lines sung in a sultry voice to her own guitar strumming, it's not only women and R&B fans that will find themselves identifying with the themes of "Life/Death/Life." This is an album for us all.

Since then, a lot has changed. The band saw the replacement of its rhythm section, making songwriter and frontwoman Bridget Battle the only original member. They also grew from a trio to a quartet with the addition of a lead guitarist.

Battle herself also has grown. The new material she and her band performed for Lounge Acts shows that she has evolved from her early "trash punk" songwriting to become a local power pop icon.

More from Tweens at tweens.bandcamp.com.

Wennerstrom’s solo songs are built on the same blues and folk foundations as her songs with the Bastards, but her flirtations with both psychedelic sounds and pop sensibilities are ambitious and clear on “Sweet Unknown.”

More from Erika Wennstrom at erikawennerstrom.com.