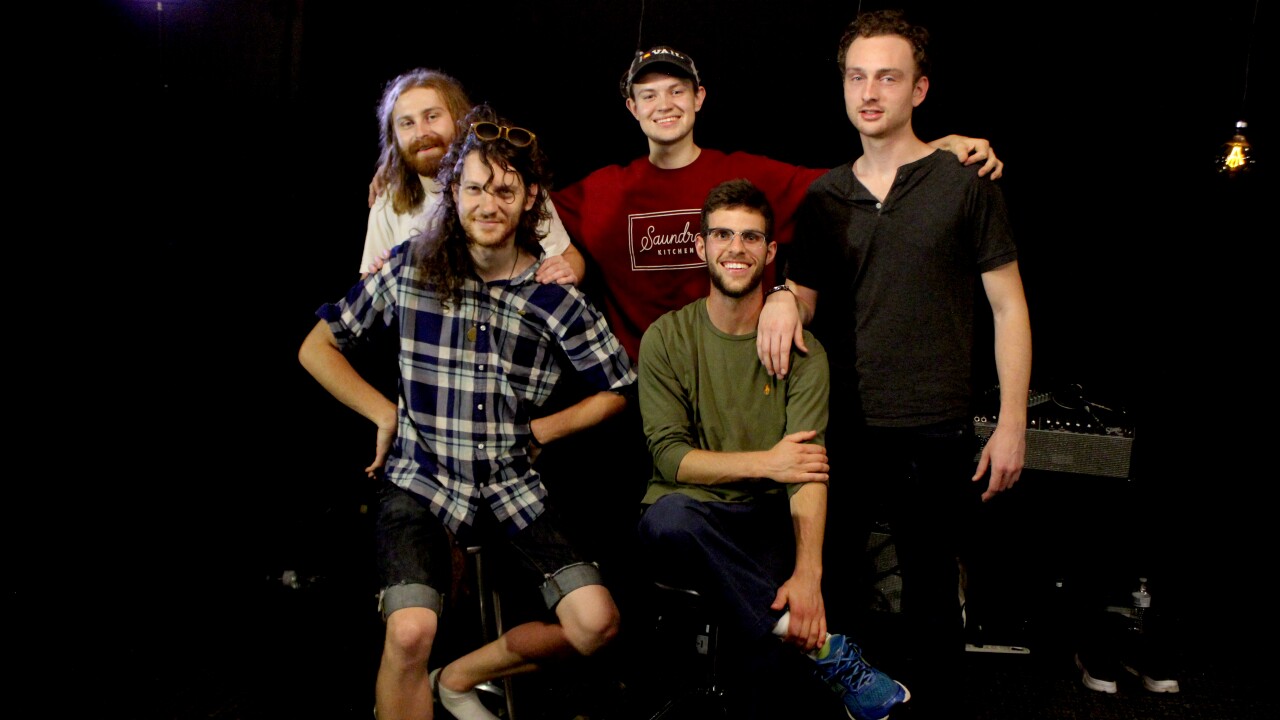 They describe their sound as “dream rock.” The less-informed might call it indie. It’s a unique style, to be sure, but it’s all Sylmar. The Cincinnati-based quintet often play in bars and college parties, but this weekend they’ll be taking the stage at The Woodward Theater to celebrate the release of their new EP, Telford.

Enthusiastic (to say the least) in performance, their members are active and energetic, each passionately playing their part in the rhythmic, vocal-heavy music they put out. It comes as no surprise that they were nominated for Best New Artist and Best Indie Band at the 2017 Cincinnati Entertainment Awards — they might not have walked away winners, but it gave them some much-valued recognition and validation in the Cincinnati music scene.

They play the kind of music you can’t help but nod your head along to, and if you see them live, you’ll probably be moving a lot more than that.

But don’t take our word for it: Check out Sylmar in the WCPO Lounge in the video above, and don’t miss their EP release party July 27 at the Woodward Theater. Doors open at 7:00, with the show kicking off at 8:00 PM sharp. ($15, woodwardtheater.com)