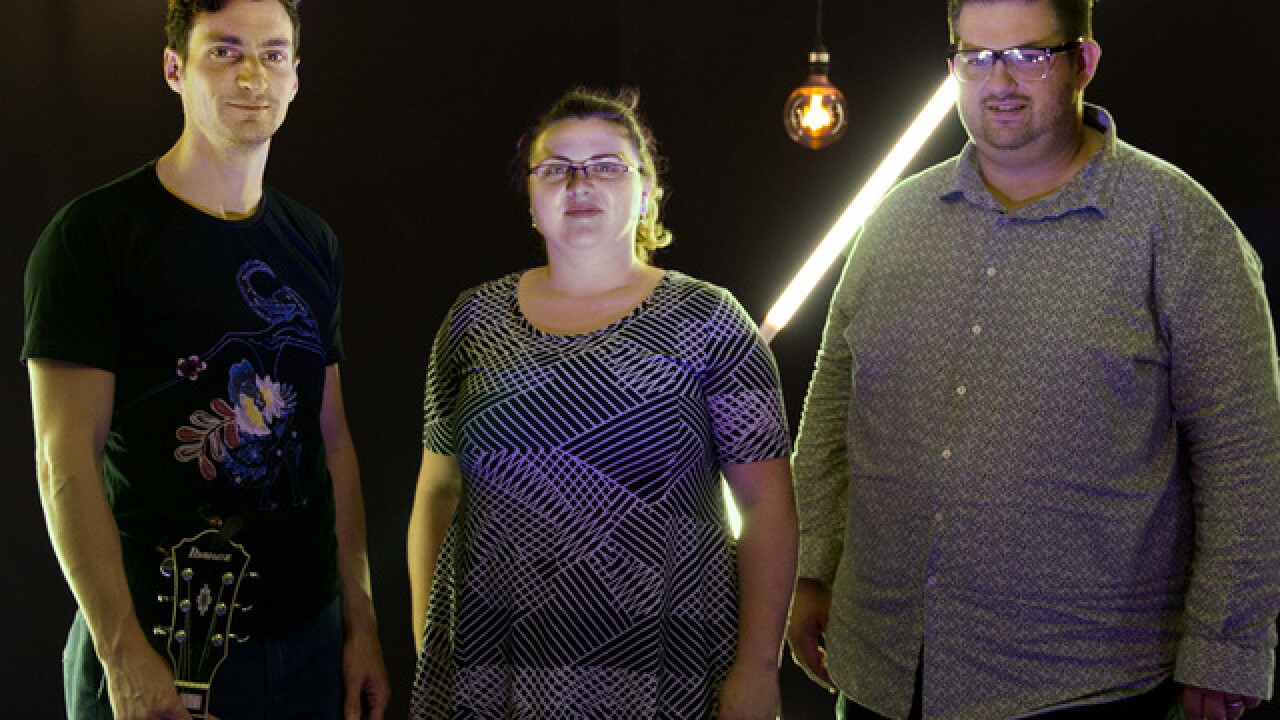 Copyright 2018 Scripps Media, Inc. All rights reserved. This material may not be published, broadcast, rewritten, or redistributed.
Margaret Swensen | WCPO
<p>Us, Today pose for a photo after their performance for WCPO Lounge Acts</p>

Listen to Us, Today perform and chat for WCPO Lounge Acts in the audio player above.

CINCINNATI --  Blending overlapping layers of electronic sounds, upbeat rhythms and minimalist vocals, Us, Today is unlike anything you’ve ever heard before.

Their eclectic sound is reflected in -- and largely influenced by -- the eclectic background of the band members themselves: Kristen Agee, the band’s queen of the vibraphone and keyboard, also plays drums in a folk rock group. Drummer Jeff Mellot’s background is in playing modern jazz, and guitarist Joel Griggs’ tastes are self-described as “all over the map.”

The three of them getting together is an experiment in and of itself, so it comes as no surprise that their sound and overall experience is highly experimental, and a full body experience to consume. As Agee explains it, they’re playing acoustic instruments with electronic influences, without being fully electronic nor fully acoustic.

Intrigued yet? Get the full Us, Today experience at the release party for their latest album, COMPUTANT, at The Woodward Theater on June 15. Doors open at 8 p.m., and it’s sure to be a show you won’t soon forget.