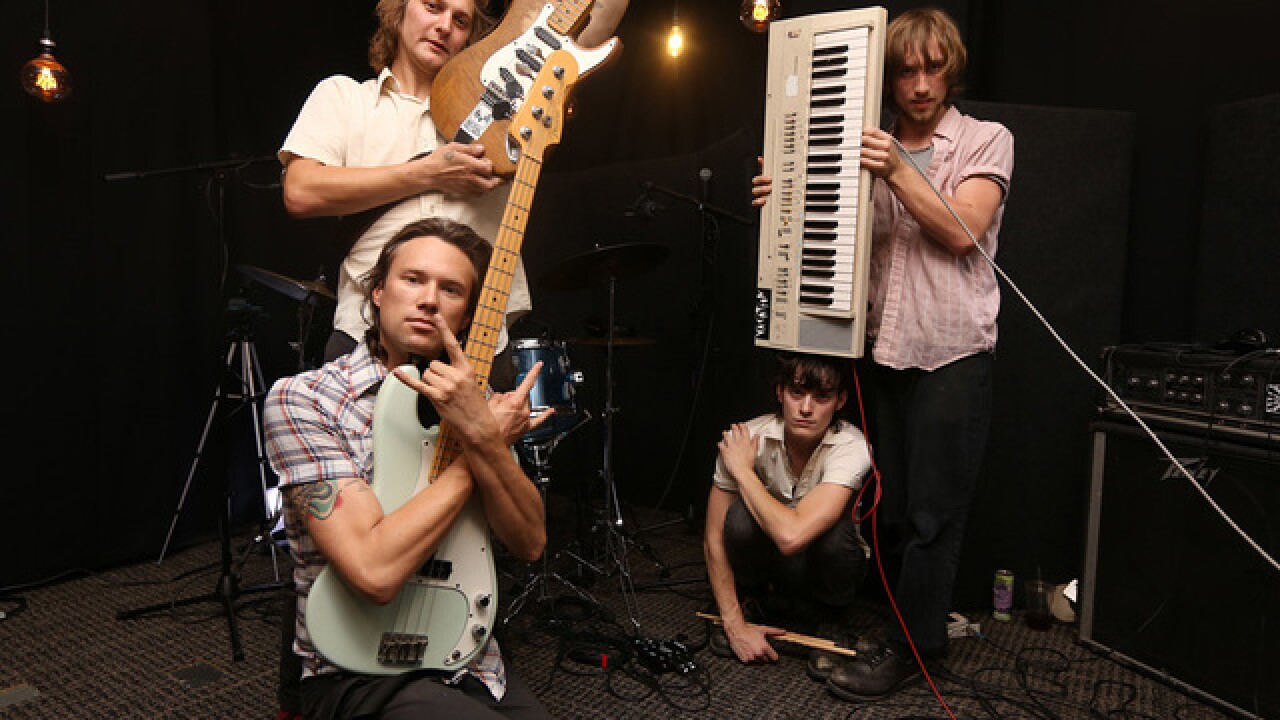 Copyright 2018 Scripps Media, Inc. All rights reserved. This material may not be published, broadcast, rewritten, or redistributed.
Emily Maxwell | WCPO
<p>Vacation pose for a photo in the WCPO Digital Lounge</p>

Listen to Vacation perform and chat for WCPO Lounge Acts in the podcast player above.

Contrary to their placid name, Vacation has been working hard, churning out an impressive number of tracks and LPs over the last decade. To complement their relentless production of music, they seem to be on the road nonstop. They’re certainly no stranger to owning the stage, but they’ve opened for some pretty impressive acts as well, including The Breeders, Screaming Females, Black Lips, No Age, and more.

Their show this weekend at MOTR Pub in Over the Rhine will kick off a string of shows all over the country. It’s also the official release of their latest full-length, Mouth Sounds #2699. Produced by John Curley of Afghan Whigs fame, Noisey called the album "a breezy 26 minutes of loud, grungy rock."

For their WCPO Lounge Acts performance, the group played a couple tracks from the new album as well as a couple older favorites.

Make sure you head to MOTR this weekend to catch them live with fellow local favorites Homemade Drugs and Virginia Creepers.