Lounge Acts: Cincinnati electro-pop band Moonbeau will take you back to the '80s with their debut LP 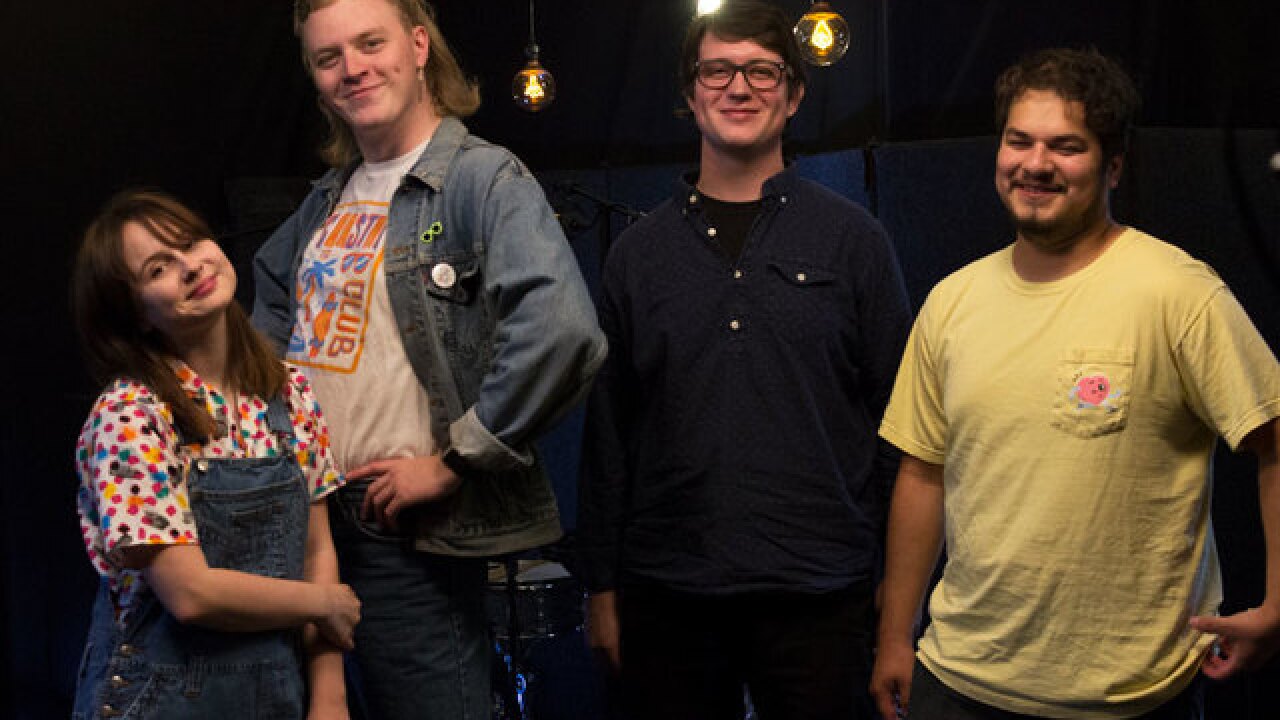 Listen to Moonbeau perform and chat for WCPO Lounge Acts in the podcast player above.

CINCINNATI -- Picture it: you’re taking in a show from a cool local band. The lead singer rocks a blonde mullet and one long earring, and the petite keyboardist dances and harmonizes along.

The music is upbeat, danceable pop, filled with synthesizers. If you think you’ve been transported back to the 1980s, guess again. It’s 2018, and this is Moonbeau, a Cincinnati-based band giving you layered music and fun performances you can’t help but dance along with.

Their love for nostalgia and new wave is evident, but their sound is still distinctly modern. Paired with relatable lyrics and foot-tapping rhythms, hear them once and you won’t soon forget Moonbeau.

Though their sound and look are retro, they’re actively looking forward.

Several of their singles are already available to stream, including the winsome love songs, "Are We In Love Yet?", (which was featured on an episode of MTV’s Catfish last year) and "Like The Night."

The latter includes adorably catchy lyrics like, "I see stars when you’re on my mind, and you’re on my mind all the time." (The romantic side of their songs is no surprise when you learn that Gough and Muenchen are engaged to be married. Insert all the heart emojis here.)

Their self-titled debut album releases locally this weekend, including a show and release party at the Woodward Theater on June 29. Global release of the album will take place later this year, with even more shows to follow. Keep an eye on Moonbeau, folks. We certainly will.