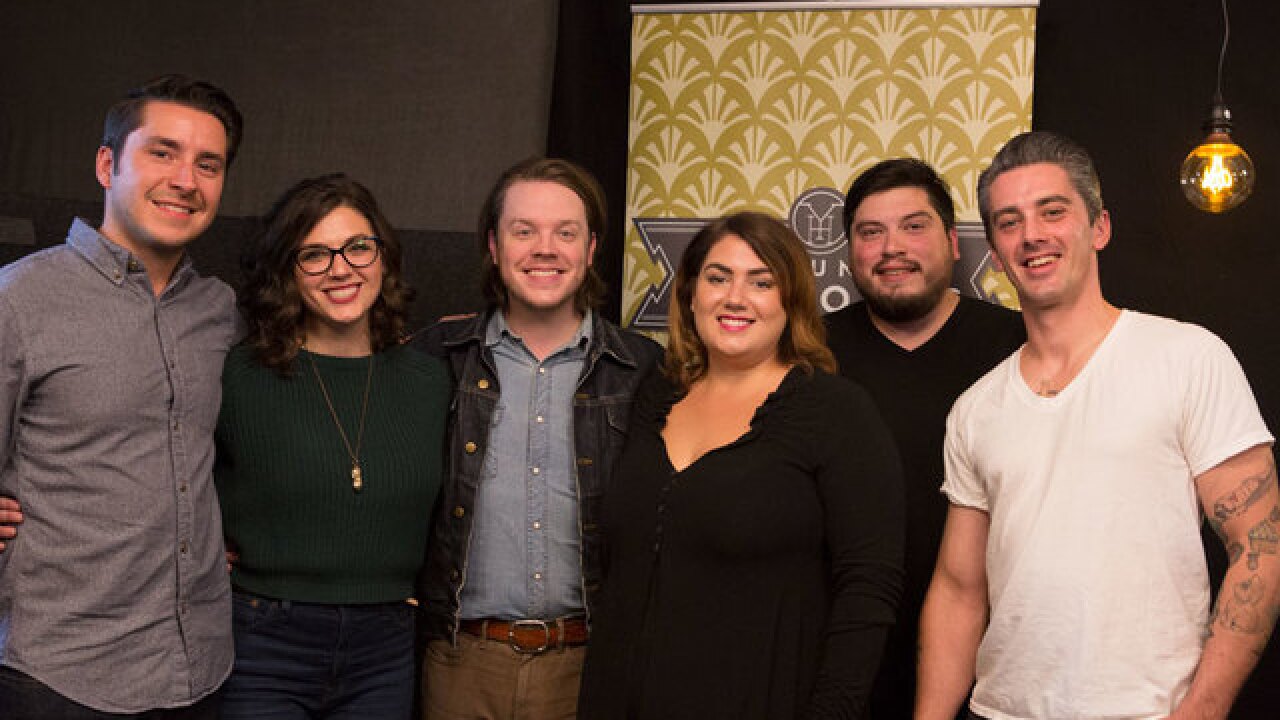 Listen to Young Heirlooms perform live on WCPO Lounge Acts with host Austin Fast in the player above.

CINCINNATI -- The fates aligned for local songsmiths Kelly Fine and Chris Robinson at a Dayton music festival in 2010.

Robinson sat in for a friend and fellow musician who couldn't make it to the show. His sound caught Fine's attention -- and vice versa. The duo started writing together the very next day.

A quote attributed to legendary American writer Mark Twain inspired this folksy, Americana band's writers as they penned the album's lead single, "Bury Me (With My Hammer)."

"The two most important days in your life are the day you were born and the day you find out why," the aphorism goes.

Unfortunately, that why is not always easy, and Fine and Robinson say the song represents the "abrasive romance" that can follow once you embrace your true life's passion.

"We've come to realize in working together that this is what we feel called to do. This is the reason we were born," Fine said. "I'm going to be using my 'hammer' every single day working toward my craft ... doing what I love with the people that I love, so you might as well just bury me with my hammer because it's going to be in use for a while."

Watch Young Heirlooms perform "Over & Over" from their new album live for WCPO Lounge Acts:

Young Heirlooms aims to take listeners back with nostalgic writing based on their family histories, personal experiences and adventures on the road.

"This isn’t the kind of alternative folk pop meant for lattes and wool hats -- it's legitimate artistry," gushes music blog 50 Third and 3rd. "With vintage instrumentation such as a pedal steel and upright bass, the angelic vocal performances are blended and elevated perfectly."

Fine's transition to folk storytelling from a more poplike sound came during a summer spent working at teen camps and nursing homes in the hills around Salyersville, Kentucky.

"The only radio we had access to was all kind of varieties of country and western and folk and Appalachian music," Fine said. "Once I was down there, I became inspired by these different ideas and concepts about how to craft your story."

Cincinnati's own Soul Step Records featured Young Heirlooms in its Brewers Series this August, releasing the album's lead single on 7-inch vinyl at a free show at Covington's Braxton Brewing (which concocted a special version of its Storm ale for the occasion).

The single's B-side was an intriguing cover of Crosby, Stills, Nash & Young's "Ohio," originally written to protest the Kent State shooting that killed four students in 1970 up north. It's a song whose lyrics quite unfortunately feel fresh for a new generation of political unrest in places like Ferguson, Missouri and Charlottesville, Virginia.

"With the climate and the way things are going it felt revitalized -- new, again," said pedal steel guitarist Steve Hauke. "When you really listen to the song, when you pay attention, it's something that we feel now."

And the Queen City is feeling Young Heirlooms' sound, as the group has been nominated for Cincinnati Entertainment Awards for this year's best folk/Americana band and best live act.

Should they win, it wouldn't be the group's first. They say they won "best band not nominated for another category" several years back.

"We wrote ourself in, and our people voted," Robinson said.

Lupe Carroll of Kankakee, Illinois, and The Lovers (Cole Vosbury and Amanda June) of Nashville will kick off Young Heirloom's album release show Friday night in Over-the-Rhine. Expect strong vocals and harmonies throughout the night as both Carroll and Vosbury starred on Season Five of The Voice in 2013.