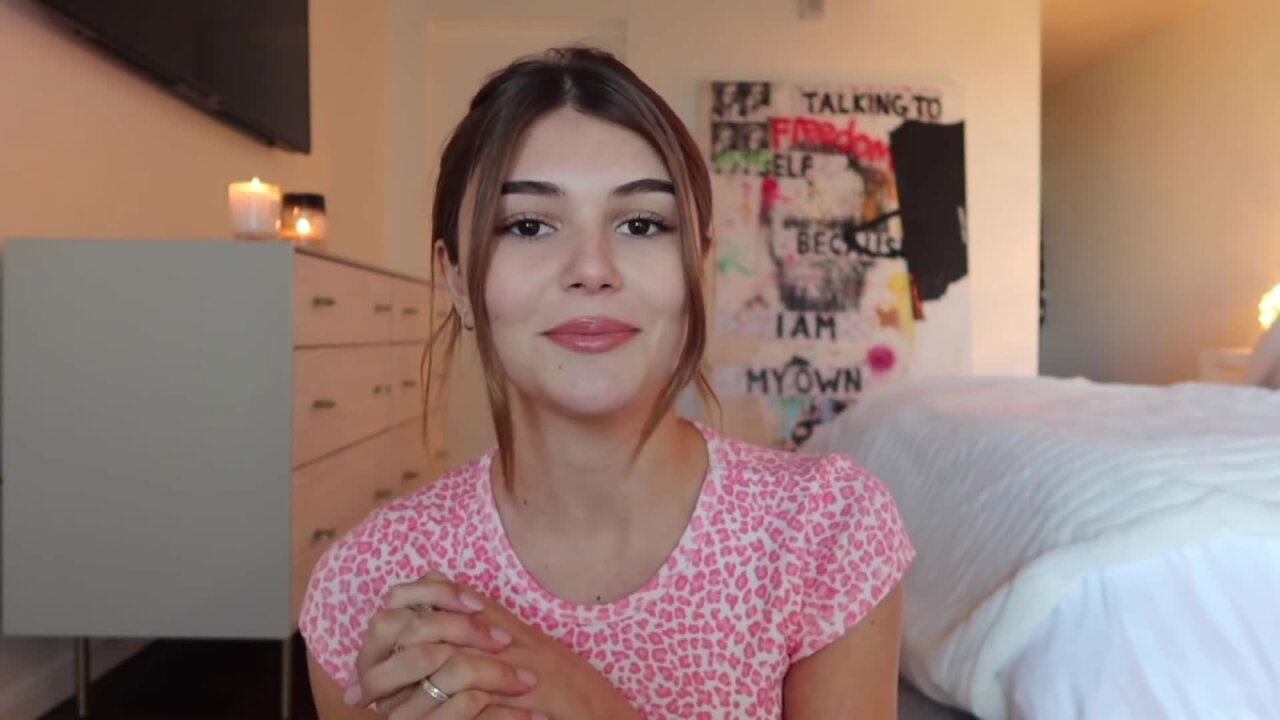 Olivia Jade Giannulli returned to YouTube on Sunday nearly nine months after her parents, actress Lori Loughlin and Mossimo Giannulli, were indicted on charges related to the college admissions scandal.

In the two-minute video, Olivia Jade, 20, welcomed her 1.93 million YouTube subscribers back to her channel, acknowledging that she had "been gone for a really long time."

The lifestyle vlogger mentioned that she had debated for "seven or eight months" whether she should come back to the platform as she is "legally not allowed to speak on anything going on right now."

"There's no point in me just talking for 10 minutes to the camera about how I wish I can say something when I really can't, so I'm going to leave it at that," said Olivia Jade in the video, adding that she wants to move on with her life and "take smaller steps in the right direction."

The vlogger is excited to start filming and uploading content again, according to the video -- which got more than 57,000 likes and 14,000 dislikes. She also posted a screenshot of her YouTube video to her Instagram account, which currently has 1.3 million followers.

Olivia Jade's video comes on the heels of her parents pleading not guilty to a third charge related to the college admissions scam, according to court records.

The new charge accuses Loughlin and Giannulli of bribing University of Southern California employees to get their daughters admitted. USC coaches and athletics officials allegedly designated the daughters as recruited athletes, easing their admission regardless of their athletic ability, prosecutors said.

The superseding indictment does not allege any new criminal behavior and is based on the same scheme prosecutors alleged in March.

Loughlin and Giannulli pleaded not guilty in April to charges of conspiracy to commit fraud and conspiracy to commit money laundering. Prosecutors say they paid $500,000 to a fake charity to get their daughters into USC, falsely designating them as crew recruits. The daughters did not participate in the sport.

The daughters, Isabella and Olivia Jade Giannulli, are not currently enrolled at USC.

The additional bribery charge carries up to five years in prison. The charge of federal programs bribery is defined as a bribe of anything valued of at least $5,000 at an organization that receives more than $10,000 from the federal government, which includes USC and other universities implicated in the scandal.

Loughlin and Giannulli are among 11 parents who faced the additional bribery charge filed by federal prosecutors in Massachusetts. So far, six other parents in the case have also pleaded not guilty.