Unless we act now, scientists warn, that coffee so many of us love could become extinct 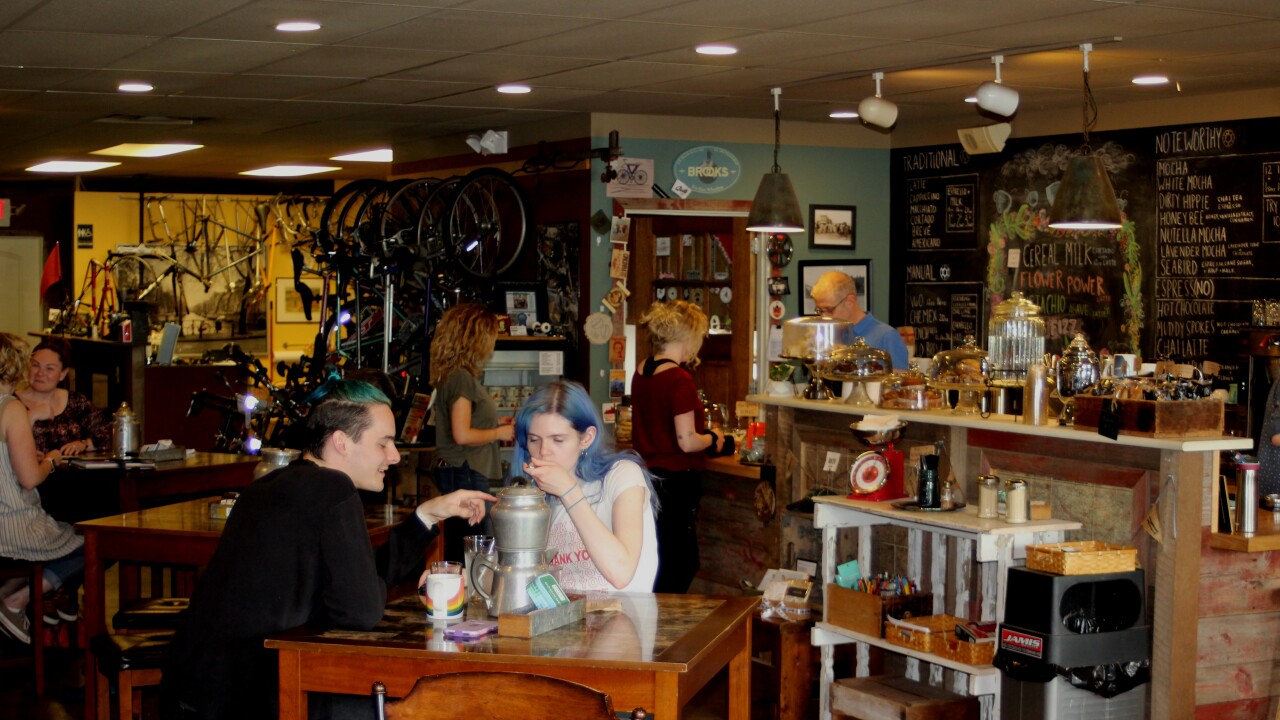 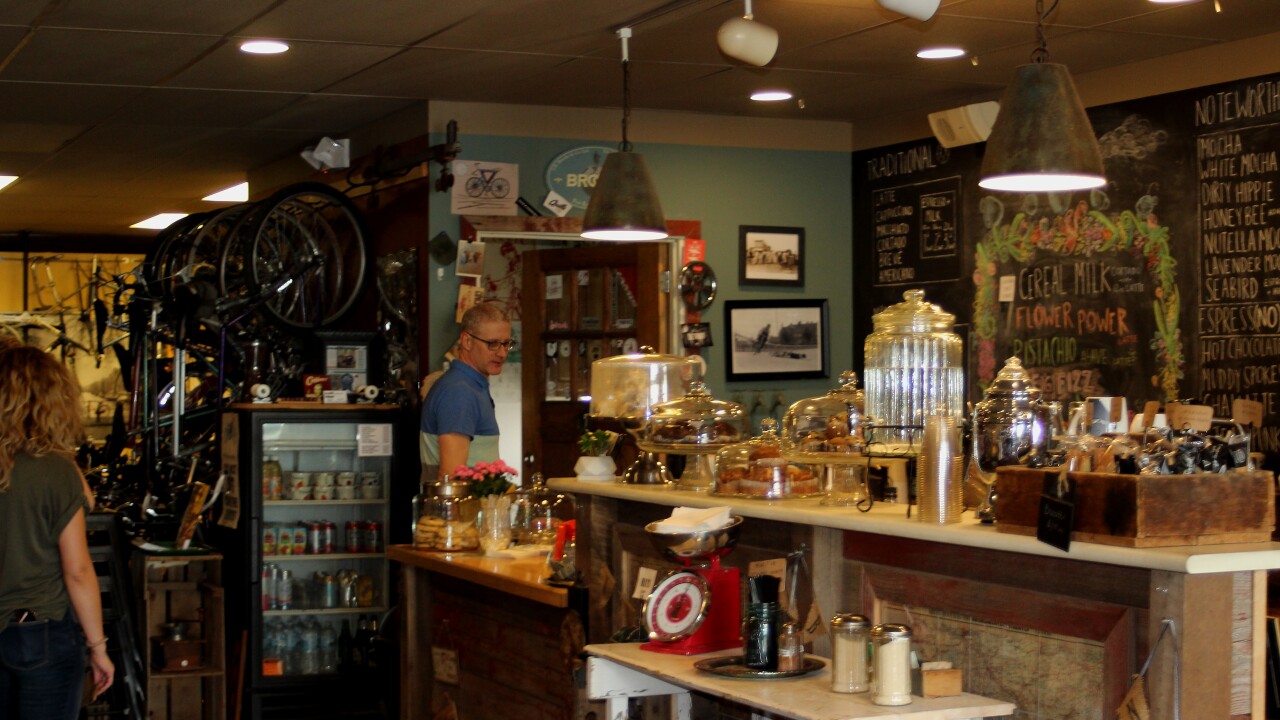 CINCINNATI — Here's something to ponder next time you're waiting in line for a $5 caramel macchiato: That beverage could become a casualty of climate change.

In January, a study published by Science Advances found that more than half of the world’s wild varieties of coffee are critically endangered. The cause is attributed to rising temperatures, deforestation and disease, which are estimated to push all species of coffee plants to the brink of extinction by the end of the century.

If the trend continues in the short term, coffee quality likely will decrease while prices increase to offset demand.

Pence said that, commercially, two types of coffee are widely sold, with Arabica being the highest quality and also the most adversely affected by warmer temperatures. The second variety, Robusta coffee, can tolerate warmer conditions, she said, but it's far less desirable.

In order to keep premium coffee plentiful, a number of changes must be made, Pence said.

“Things are just getting too warm for the coffee with climate change, so farmers would either need to move to a higher elevation or look for more heat-resistant coffee genes that could be bred into the commercial coffee, and those would come from wild-coffee relatives,” she said.

Unfortunately, many of the wild Ethiopian varieties that are resistant to rising temperatures are critically endangered, Pence noted. She said that while coffee’s wild relatives tolerate warmer weather, the plants are still disappearing due to outside forces such as deforestation and disease.

“So there’s a real interest in trying to go out and find these species and preserve them,” she said.

At Velocity Bike and Bean in Florence, co-owner Mark Ball said he’s aware of the threat to coffee from climate change but believes those involved in the industry will take action to ensure coffee's survival. While plants may be currently facing challenges, he said, consumers don't need to worry yet in terms of rising costs.

“Based on where we are right now, we haven’t seen any increases in the price of coffee,” he said. “I think it’s speculation out a ways to when we’d actually see the effects.”

At the combination bicycle and coffee shop, Ball said business is good. With coffee so ingrained in our everyday lives, he said, he thinks adjustments will be made to stave off any kind of issues before they reach a critical point.

“I would say that demand drives the other end of it,” he said. “I have to think that efforts have already been undertaken, and if not now, they will be.”

Indeed, those within the industry are scrambling to find solutions. Researchers from coffee giant Starbucks are focusing their efforts on breeding hybrid coffee varieties and sharing the plants for free with coffee farmers around the world.

Bill Murray, president and CEO of the National Coffee Association (NCA), said the future of coffee depends on ambitious commitments from companies, academics, governments and, ultimately, on consumers' choices.

“NCA’s membership knows that what is good for the planet is good for coffee and everyone who relies on it," he said. "There’s an enormous commitment to the future of sustainable coffee. Commitment from all across the coffee industry, from large fast-food companies to small micro-roasters.”

But even if climate-resistant types of coffee can be developed, Pence said, growers still face additional challenges, because coffee can’t be stored in seed banks like other plants since the seeds don’t survive the drying and freezing process. She said one option being explored is cryogenics, where tissue cultures of the wild coffee relatives are grown into shoots and then cloned. She said the shoots can then be cryogenically frozen and stored for future use.

“When we want to take them out, we thaw them and grow them back up into shoots,” she said. “We can get roots on the shoots and then we have the plants back, so it’s a cycle process.”

Since coffee is a multi-billion-dollar industry, interested parties are amassing to protect this valuable commodity.

Bambi Semroc, vice president of sustainable markets and strategy at Conservation International, said groups including conservation, local governments and industry leaders have joined forces as part of the Sustainable Coffee Challenge. She said the group’s goal is to bolster coffee health without further disrupting nearby rain forests.

“Stakeholders are working together to make coffee the world’s first sustainable agricultural product -- to pinpoint other landscapes at risk of forest loss from coffee and to develop joint action plans with industry to improve coffee production while also conserving forest areas,” she said.

While predicators of climate change paint a grim picture of the future, Green Umbrella communications and membership coordinator Charlie Gonzalez said he sees this as an exciting time where people can change the narrative to one of hope and opportunity.

He said evolving technology, coupled with eco-friendly farming practices, will benefit both the planet and the economy.

“We’re fighting against nature instead of creating a resilient ecosystem that already has the resilient benefits embedded in it,” he said. “So this kind of positive change will actually create a lot of jobs while trying to transition all these industries.”

And coffee isn’t in peril alone. Pence said both tea and the cocoa used for making chocolate face similar challenges from warming temperatures.

Perhaps the idea of losing coffee, tea and chocolate will help to inspire change, she said.

“I think things like coffee are so important for humans, before we get to a tipping point there’s going to be a lot of intervention that will hopefully keep that from happening,” she said.

“I’m really encouraged that people are taking notice of this at a somewhat earlier stage and trying to mitigate against it.”