This one belongs to ... the fans! Marty Brennaman documentary premieres Aug. 17 at Starlite Drive-In

"How We Lookin'?" full of memories – and surprises 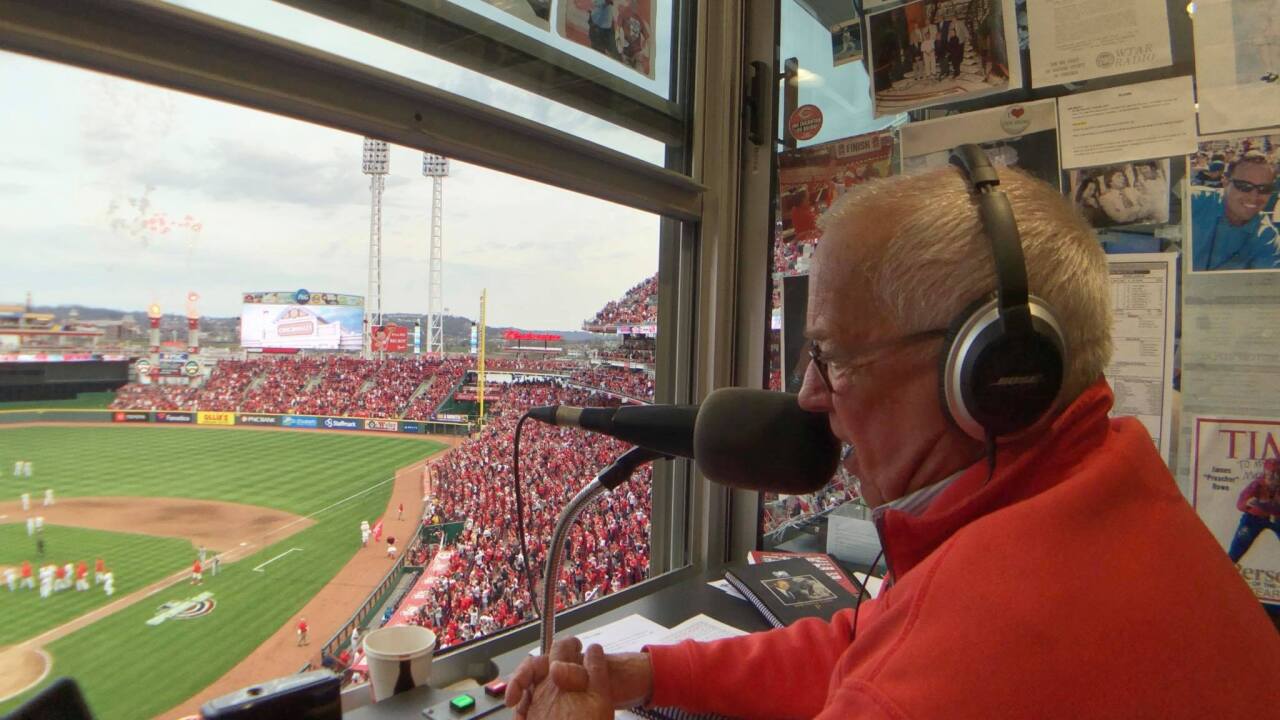 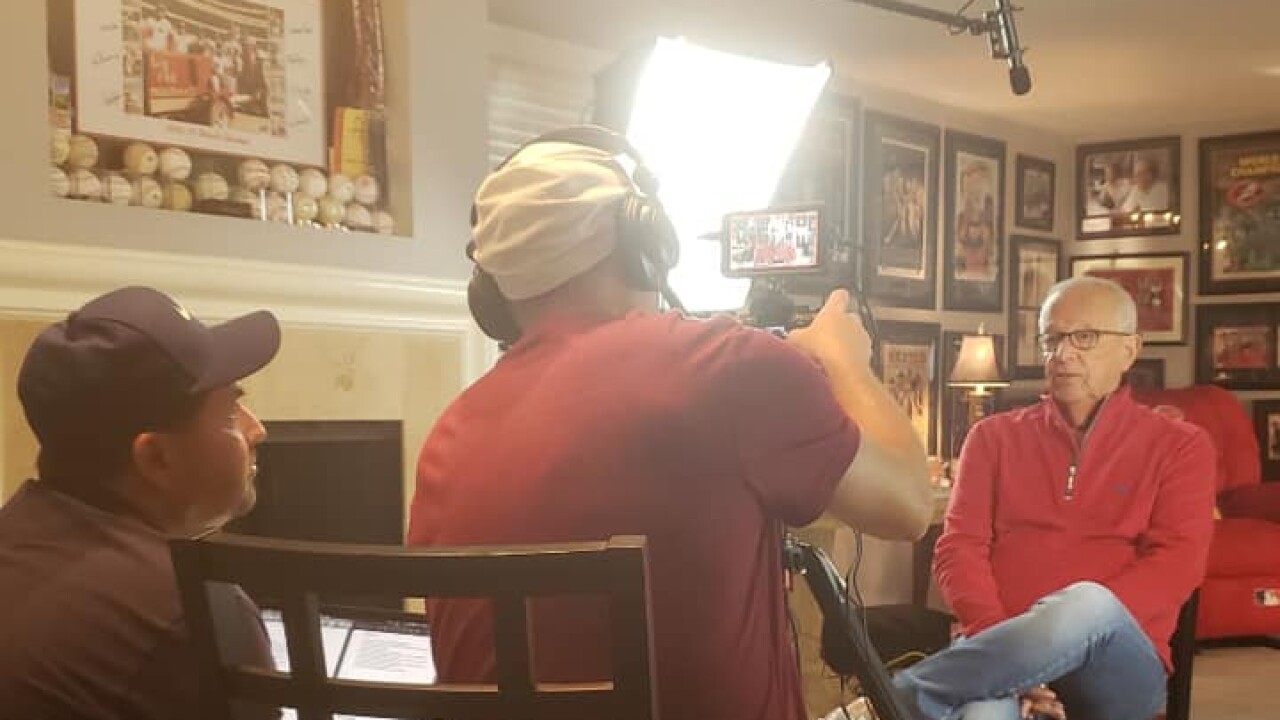 CINCINNATI — A locally produced documentary about former Cincinnati Reds broadcaster Marty Brennaman was set to debut last spring as part of the city’s many Opening Day celebration events. But those plans shifted when Major League Baseball delayed the start of its 2020 season.

Now, “How We Lookin’?” – the title of which refers to Brennaman’s frequent greeting – is slated for an Aug. 17 premiere at Amelia’s Starlite Drive-In Theater. The event will include live music and a panel discussion with Brennaman, director Terry Lukemire and producer Josh Sneed.

Over the course of his career, Brennaman has received the Ohio Sportscaster of the Year award 16 times. He’s also a member of the National Sports Media Association Hall of Fame and the Radio Hall of Fame, a recipient of the 2000 Ford C. Frick Award, presented by the National Baseball Hall of Fame, and a 2020 inductee to the Cincinnati Reds Hall of Fame.

But despite those accolades, Brennaman said he was “shocked” when Lukemire approached him about making the film.

“If someone had said to me, ‘Do you think anyone would do a documentary about your career?’ that was the furthest thing from my mind,” Brennaman told WCPO. “But at the same time ... I knew (the director) did quality work and he put great effort into it. He had such an interest in my career, a passion for telling my story in documentary form, I got caught up in it. I was absolutely thrilled.”

Given the nature of social-distancing measures, Brennaman said, precautions for the delayed premiere are appropriate.

“At times I can be extremely impatient,” he admitted, “but more often than not I’m a very patient man. It’s the same thing with the Reds Hall of Fame … my induction was supposed to have been in April, but (now) it won’t be until next year. I’m good with that. I get it, what we’re dealing with right now. Things that might have impacted me, that’s just a drop in the bucket compared to what other people are having to go through. I understand why we’re doing it the way we’re doing it and where we’re doing it.”

Lukemire said viewers of the film can expect plenty of fond recollections – and some revelations, as well.

“There are certainly stories the fans know about ... but you’re (also) going to learn some things you never knew,” said Lukemire. “There are surprises that even blew me away.”

Brennaman said he gave the filmmakers permission to delve into any subject of his storied career – nothing was off-limits.

“I told him at the top, ‘I want you to be frank in your approach and never hold back on any question you want to ask.’ And he didn’t,” Brennaman said. “They were so professional and so good at what they do. I was bowled over by it.”

The idea for a film first came to Lukemire, an experienced local filmmaker, in 2018 to celebrate Brennaman’s 45th season with the Reds.

It was during an initial planning phase, however, that Brennaman himself suggested the film team might want to hold off production until the following year. That following year, of course, became known as Brennaman’s last in the broadcast booth.

Lukemire’s team began shooting at spring training. Cameras continued rolling as the film team spent that entire season alongside Brennaman, gaining insight into the announcer’s role with the Reds organization and documenting plenty of emotional moments along the way.

“Probably the coolest (moments) were hanging out in the booth,” Lukemire said, “shooting for Opening Day and then the final game. All the guys that work with Marty: Cowboy, Yid and Tommy, and the other interviewees, were all great and very supportive, as well as the Reds organization and especially Marty’s wife, Amanda.”

By season’s end, Lukemire, Sneed and fellow producer Brian Honican found themselves with a wealth of footage to whittle down. Fortunately, “How We Lookin?’” wasn’t the director’s first rodeo.

“I’ve been editing for 27 years now,” said Lukemire, who also has filmed documentaries on the Naked Cowboy (“American Icon”), the 1980-81 Simon Kenton basketball championship season (“Rebound”) and Pete Rose (“4192: The Crowning of the Hit King”).

For Lukemire – who became a Reds fan in 1974, the same year that Brennaman joined the Reds organization – “How We Lookin’?” is much more than a film. It celebrates a larger-than-life personality, one who has touched sports fans in Cincinnati and around the world.

Brennaman said he wanted the film to document a moment of finality, reflecting his own decision “to never broadcast a baseball game again.”

“I wanted to go out when I was on top of my game,” Brennaman told WCPO. “I really never looked back. I never had a second thought. I’ve not regretted it.”

The premiere of “How We Lookin’?” will take place at Starlite Drive-In on Aug. 17. Ticket information is available here.