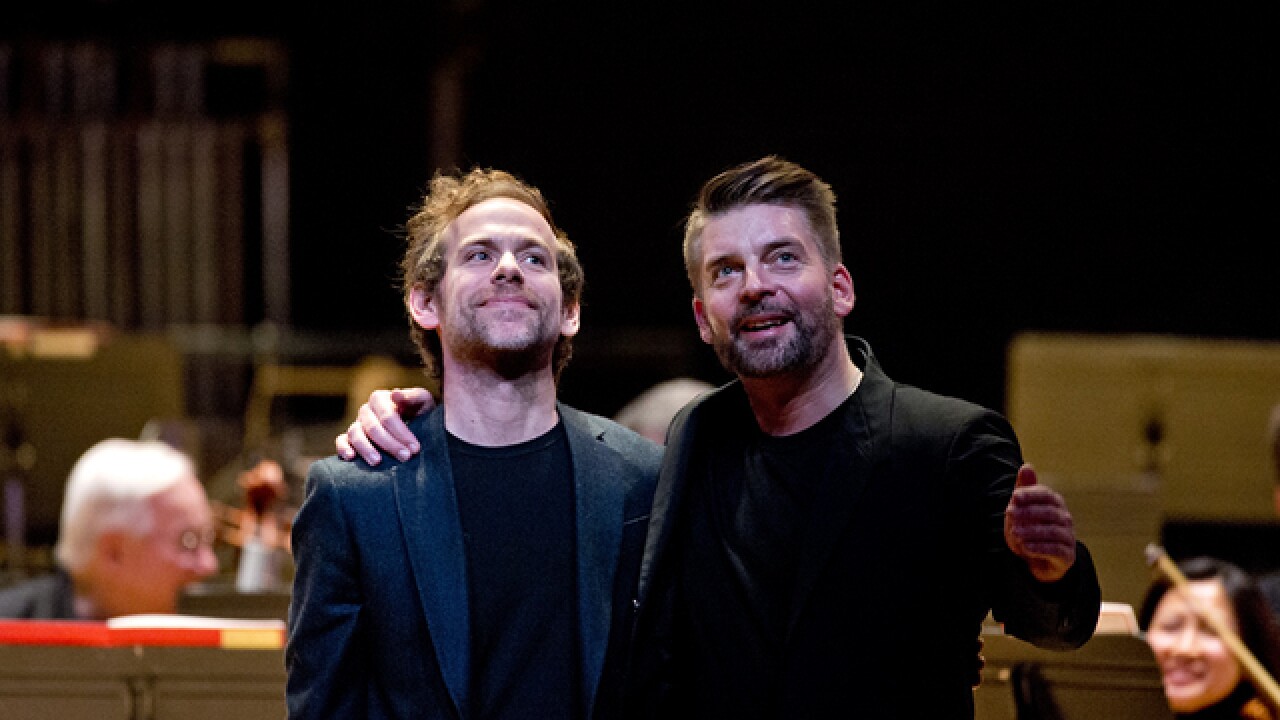 Copyright 2018 Scripps Media, Inc. All rights reserved. This material may not be published, broadcast, rewritten, or redistributed.
David Sorcher
The final night of MusicNOW brought together the Cincinnati Symphony Orchestra, Bryce Dessner and several other artists at the Taft Theatre on Jan. 14, 2017. Festival founder Bryce Dessner and conductor Matthias Pintscher take bows after the performance of Dessner's piece "Wires" with members of the CSO. Photo: David Sorcher

CINCINNATI – The National revealed five more acts that will play at the inaugural Homecoming Music Festival on April 28-29.

Organizers also revealed the daily lineup for the festival: