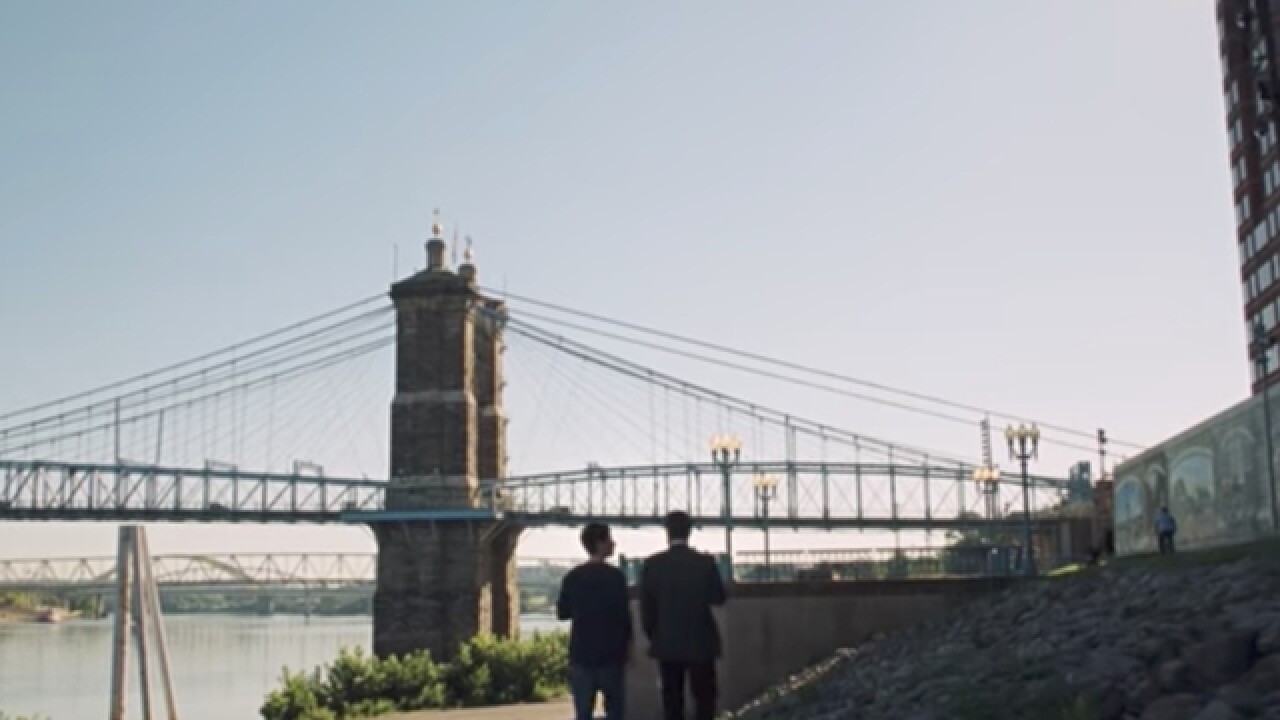 CINCINNATI – The John A. Roebling Suspension Bridge continues to catch the eye of Hollywood.

A glimpse of the iconic bridge over the Ohio River appears in the first official trailer for “The Killing of a Sacred Deer," the movie that Nicole Kidman and Collin Farrell filmed in Greater Cincinnati last August. The trailer was released online Wednesday.

In the film, Farrell plays a surgeon with a near-perfect life that begins to unravel after meeting a teenage boy with sinister intent. Kidman plays the surgeon’s wife. Yorgos Lanthimos directed the movie.

Another Hollywood director, Brian A. Miller, revealed the Roebling bridge will be the setting for the finale of his movie “Reprisal,” which began shooting in Cincinnati last week. The cast of "Reprisal" includes actors Bruce Willis, Johnathon Schaech, Olivia Culpo, Frank Grillo, Shepard Rose and Craig Conover.

“I really appreciate you letting us blow it all up,” Miller said jokingly of the bridge.

“The Killing of a Sacred Deer” won best screenplay at the Cannes Film Festival in May. The movie will arrive in theaters on Nov. 3.