Since you can't get to local indie theaters, they're bringing their movies to you 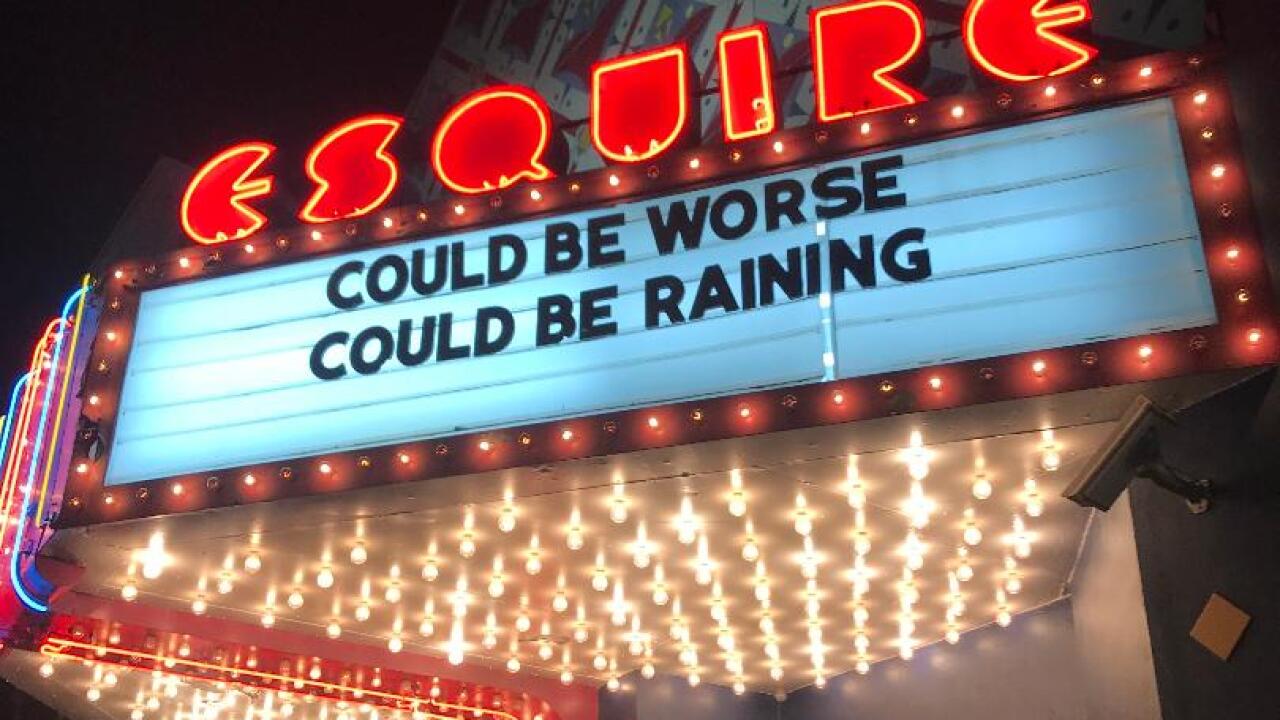 In March, both art house and major theater chains started offering on-demand rentals of second-run studio films and first-run indie films, known as virtual cinema or virtual theater, to boost business lost to shutdowns as a result of the coronavirus pandemic.

Esquire and Mariemont Theatres and Cincinnati World Cinema (CWC) have gone virtual with independent film rentals, ranging in price from pay-what-you-want to $12.

“We want to keep our patrons engaged with our theaters,” said Diane Janicki, operations manager for Theatre Management Corp., owner of Esquire, Mariemont and Kenwood theatres. “The independent distributors started offering these virtual theater links as a way to try to produce some revenue. Since patrons can’t come to theaters. We were all for it.”

The virtual ticket prices are more affordable than some on-demand films, which can cost as much as $20 per rental, the price to rent "Trolls World Tour."

“Would I pay $20 to pay to see a film online? No,” said Tim Swallow, founder of CWC. “Would you spend $12 and watch it with a friend? That’s $6 a head. Why not, especially if it’s recommended by someone I trust?”

Currently, Esquire and Mariemont offer a rotating list of 12 different films (both offer the same titles) through their websites. Some recent flicks included the Oscar-nominated international film “Corpus Christi” and 45 minutes of “joyful cat videos” in the form of “Best of CatVideoFest.” (In February, “CatVideoFest 2020” screened at Esquire.)

The theaters have a mix of documentary, foreign and domestic features, and the 1981 film “Roar.” Esquire and CWC work with specialty distributors such as Film Movement, Music Box, Kino Lorber, Greenwich Entertainment, Magnolia and Oscilloscope to obtain content, and when people purchase the films through the theaters’ websites, the theaters receive 50% of rental revenues.

In 2002, Swallow founded pop-up CWC as a way for Cincinnatians to see films that normally wouldn’t hit the marketplace, and in 2018 he anchored CWC inside downtown’s Garfield Theatre, a volunteer-run brick-and-mortar theater. He said going online is “antithetical” to his mission – he prefers in-person discussions – but he saw an opportunity.

“Right now, we want to put films in front of people,” he said. “We’d rather have them in the theater, because we really believe in the communal experience, but when that’s not possible, we still want to get good titles out there and make it possible for people to see them.”

CWC has been rotating five to seven titles, including the must-see gerrymandering documentary “Slay the Dragon” and “CatVideo Fest.” However, he has criteria for the films he chooses.

“We want to be as discerning as possible,” Swallow said. “Just because a film is available doesn’t mean we have to stream it.”

He said he realizes, though, that in the current climate, perhaps not everyone wants to escape into films.

“This is a time when people are worried and they’re trying to deal with realities that are emerging, and I don’t expect people to spend a lot of time watching films,” he said. “On the other hand, there are some folks who are locked in at home who are looking for something to do.”

CWC has some overlap with Esquire – both sometimes offer a few of the same titles – but Swallow said he doesn’t view Esquire or other virtual cinemas as competition.

“It’s all about people trying to help each other right now as opposed to being competitive or worrying about who’s the big frog in the small pond,” he said.

Because of the pandemic, Esquire, Mariemont and Kenwood Theatres had to furlough 120 employees. But Janicki said the new model “could generate enough revenue to sustain theaters,” and all three venues are selling “mega bags” of movie popcorn.

Swallow doesn’t have employees to pay, but because of that, he doesn’t qualify for the government Paycheck Protection Program.

“We’re worried about our own survival and we still have rent to pay. We still have utilities. We still have to pay for insurance, and we got no ticket revenue coming in, so it’s obviously a concern,” he said. “I worry about a lot of other people more so than I worry about whether or not we’ll be able to keep CWC open. I think we’ll find a way.”

It’s uncertain when movie theaters in the Tri-State will be able to allow patrons inside and what the movie industry will even look like when the pandemic subsides. In the meantime, Esquire has kept fans entertained – and rewarded – with a makeshift movie poster contest and Six-Foot Cinema, in which fans at home re-enact famous movie scenes. However, local theaters are confident people will return to the live experience.

“Streaming is certainly convenient for television shows and films you may have missed in the theaters,” Janicki said. “Under these current circumstances it is especially appreciated; however, it does not compare to the theater experience. Outside of the obvious perks of screen size, concessions and quiet space to view a film, there is a special energy when watching with a group.

"Additionally, it’s the conversation. We aim to have speakers after as many shows as possible, so people have a chance to unpack what just occurred on screen. It’s that shared experience that makes the theater so important.”

In a strange way, art house theaters are in a better position financially than the big chain theaters, which rely on concession sales and blockbuster releases.

“There will be more independent films available to book than blockbusters,” Janicki said.

“I think the bottom line is business models that the major studios and major chains have had are definitely going to change,” Swallow said. “I don’t know that ours will necessarily change. I think we’ll go back to showing films in the theater, because that’s our mission, and I think our patrons are itching to come back.”

To purchase films through Cincinnati World Cinema and Esquire and Mariemont, go to their websites: http://www.esquiretheatre.com/, http://mariemonttheatre.com/, https://cincyworldcinema.org/