Remember when 'Rain Man' was filmed here? For many, it left a lasting impression 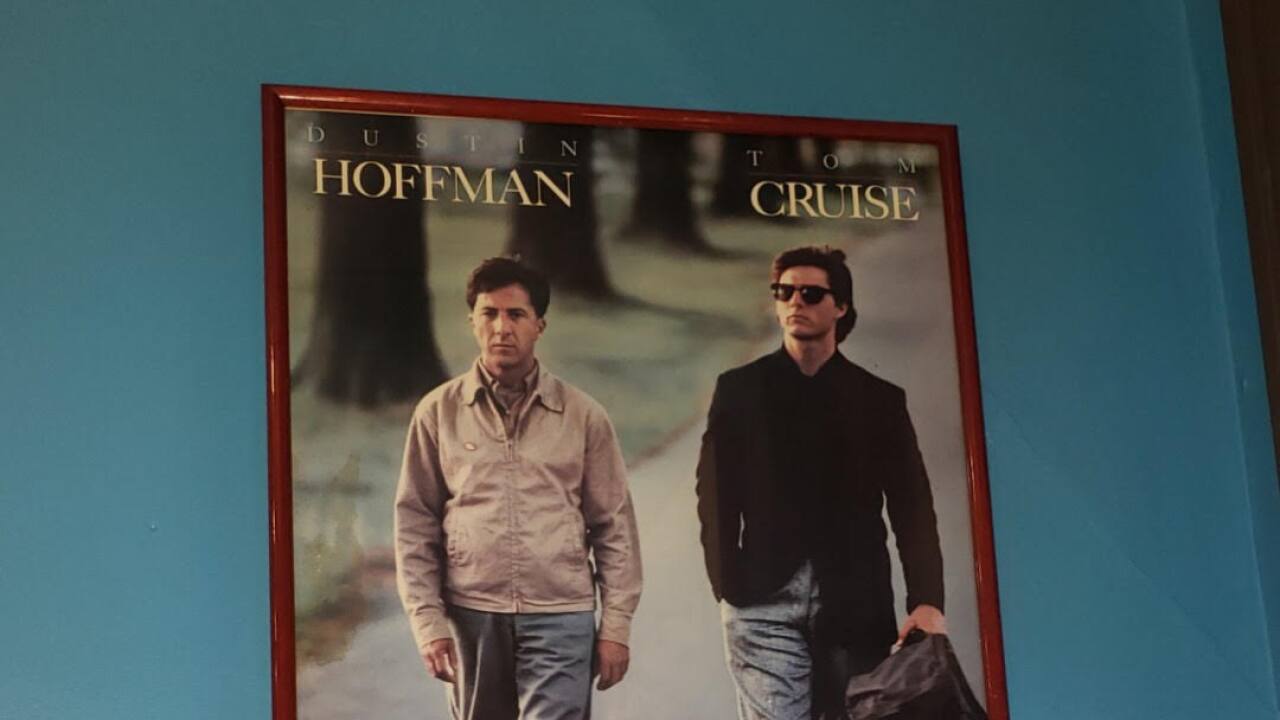 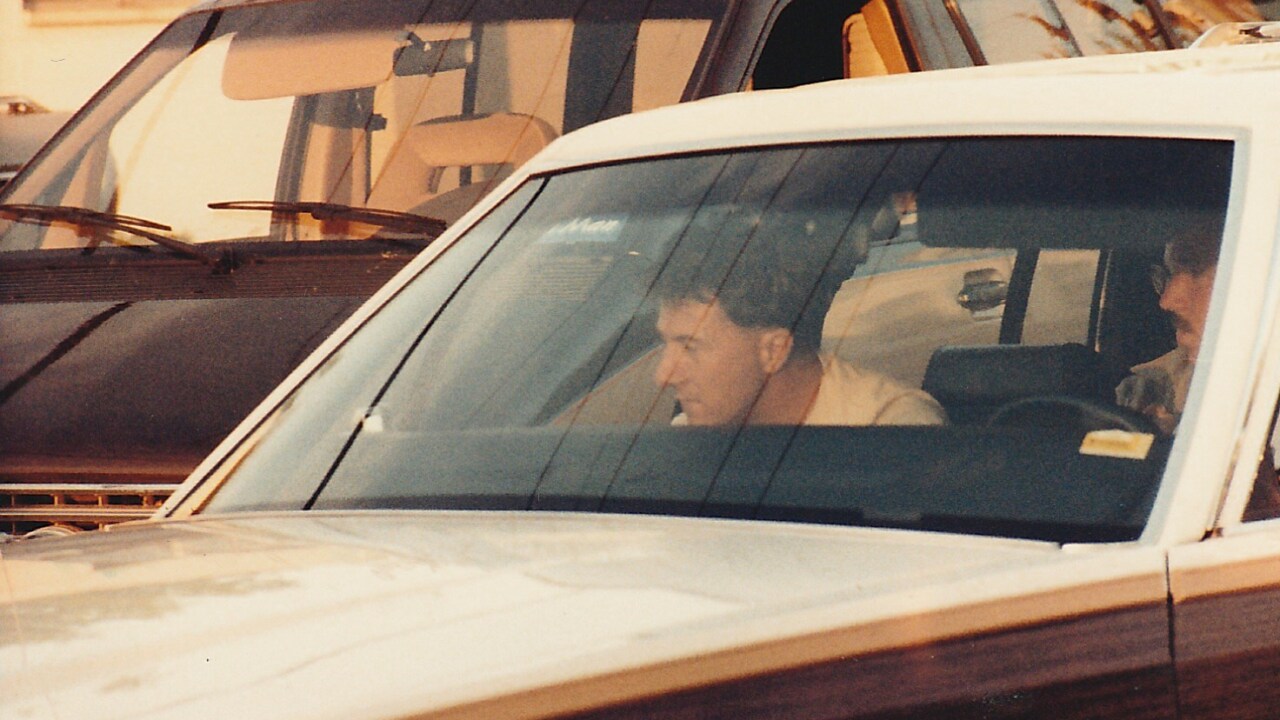 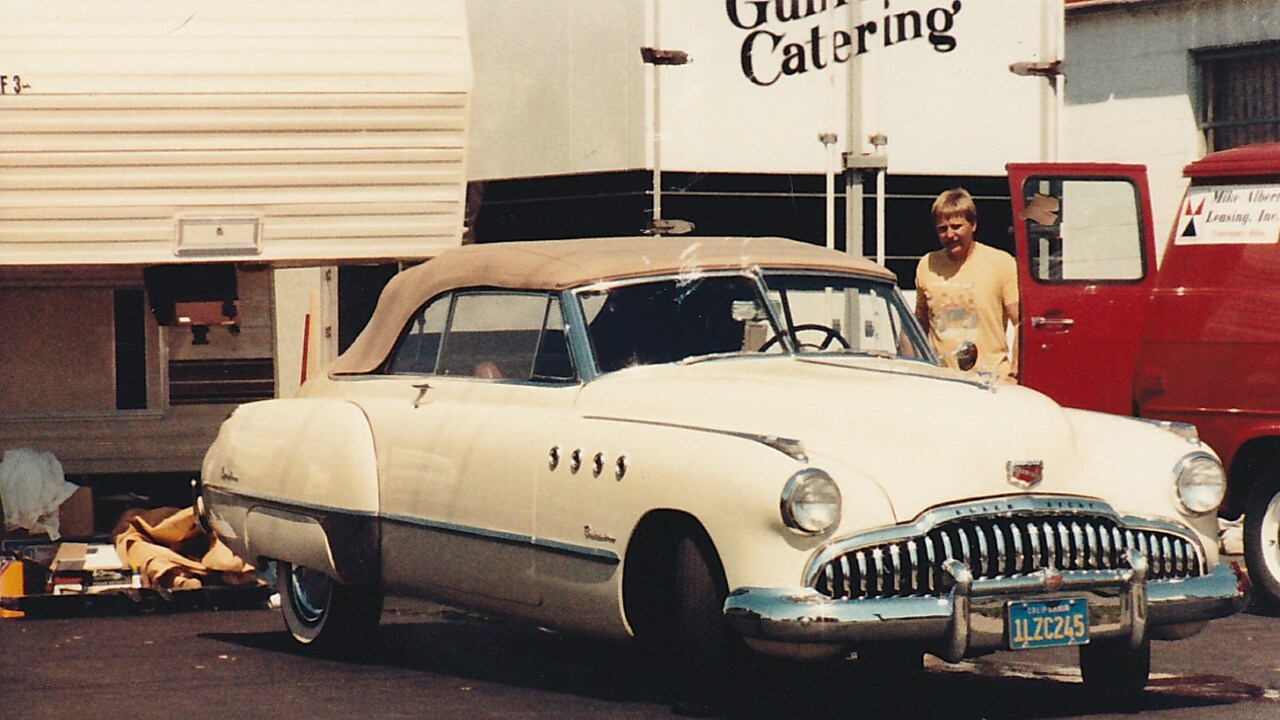 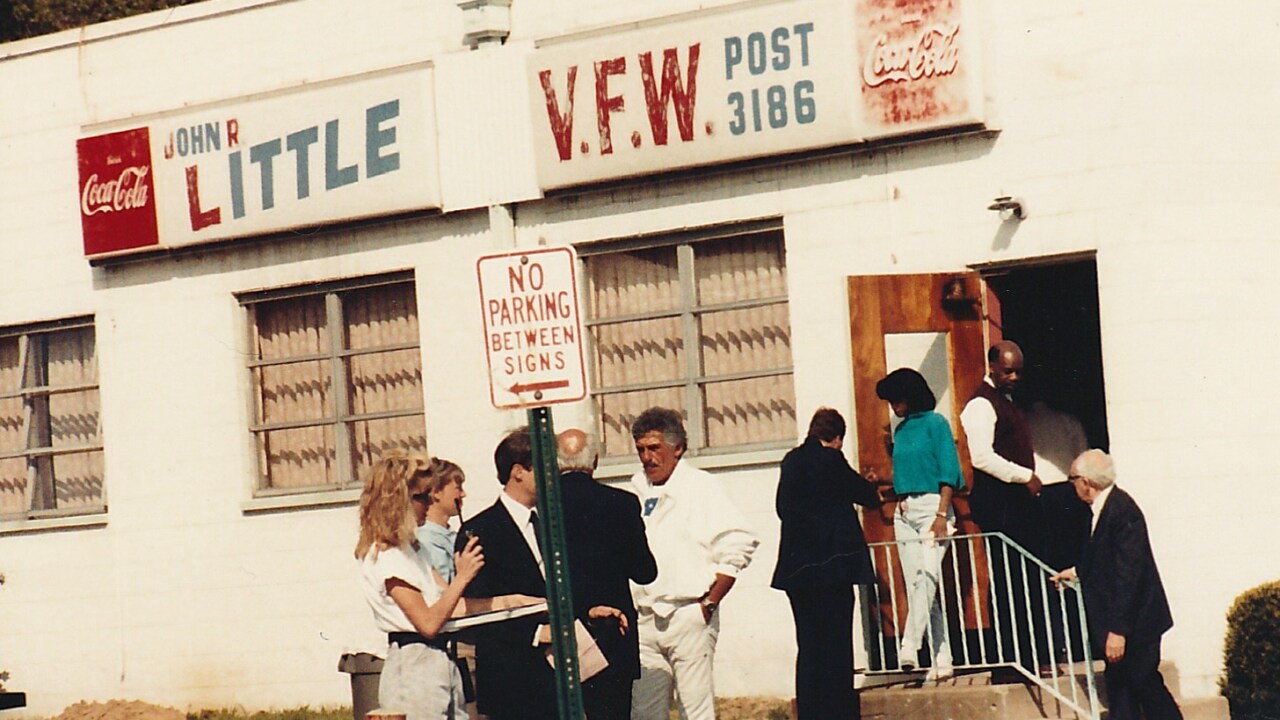 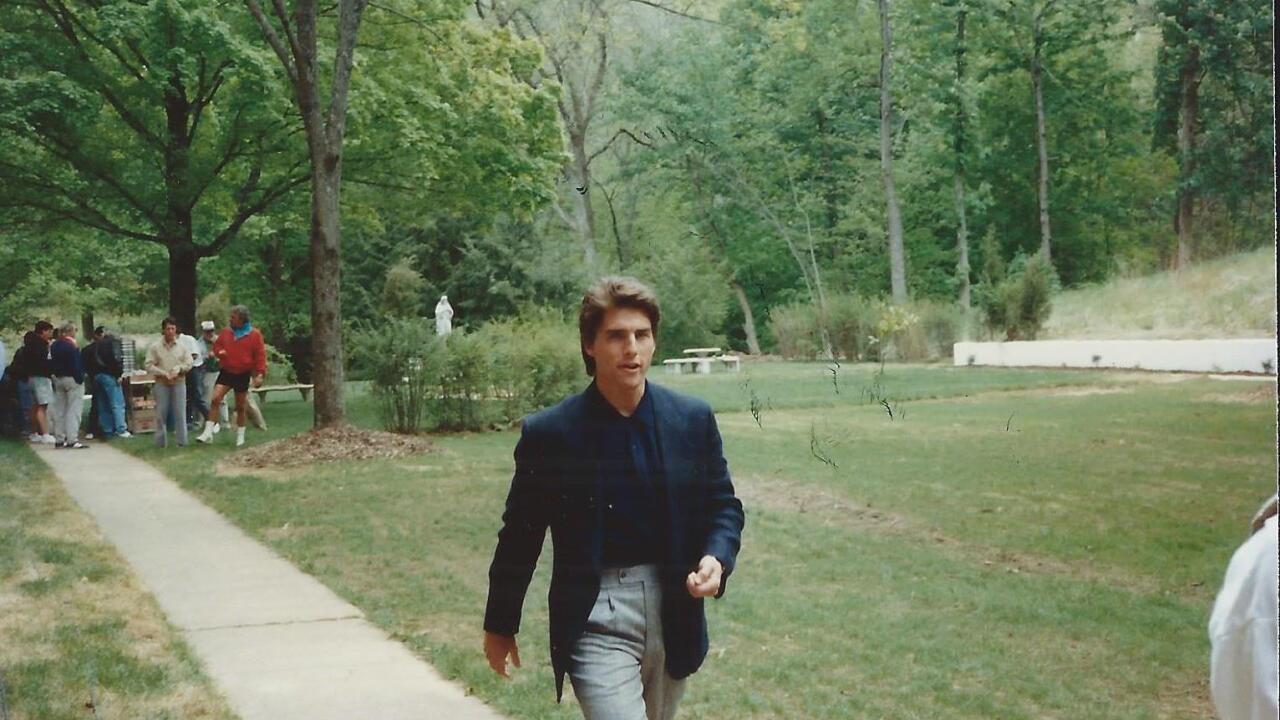 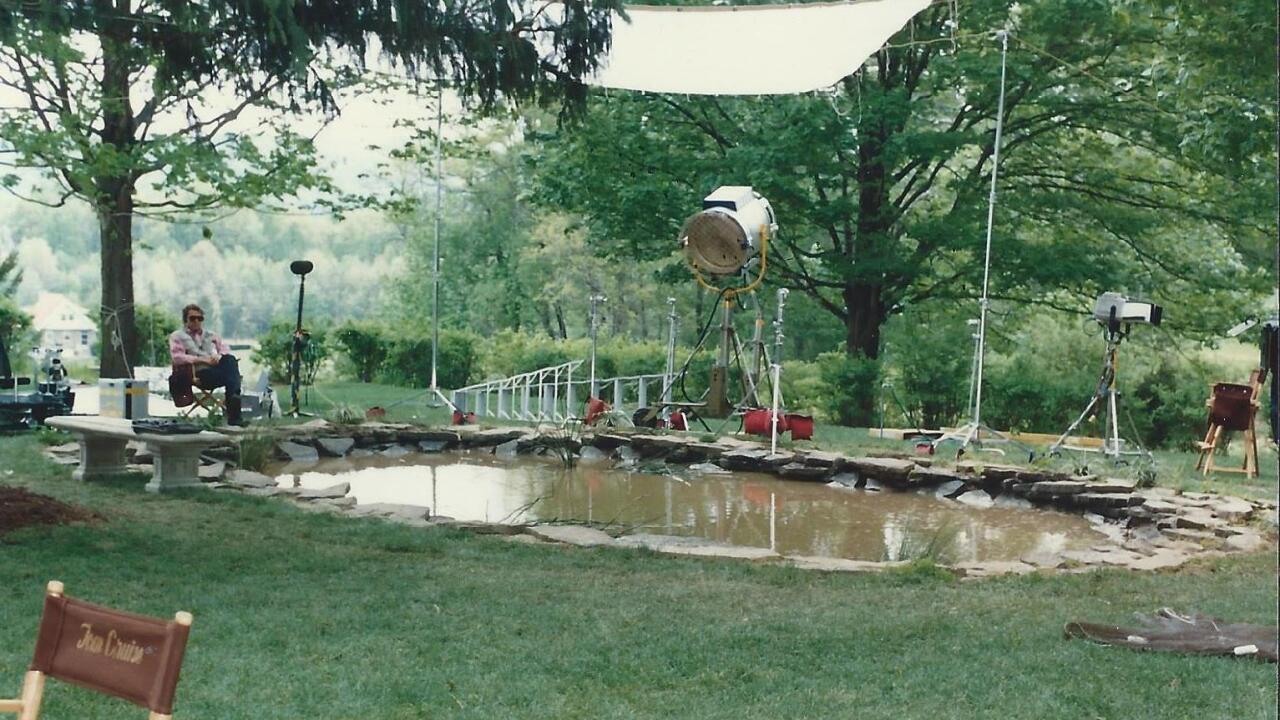 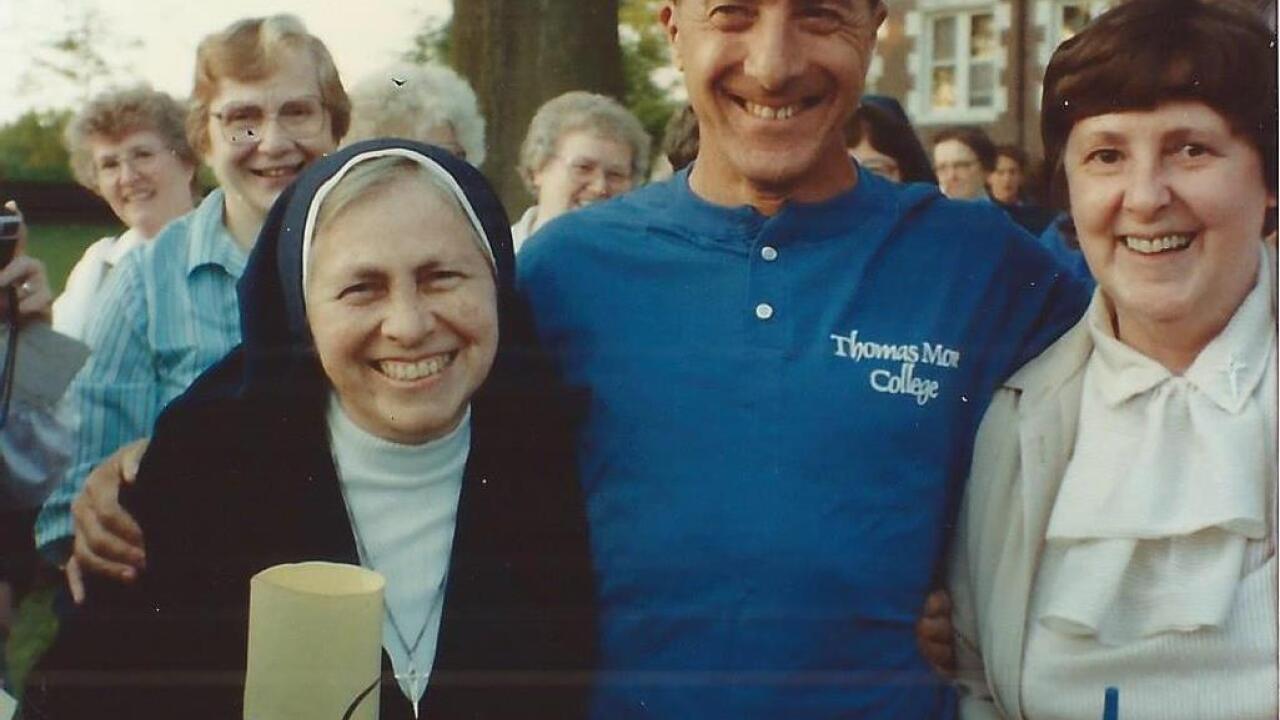 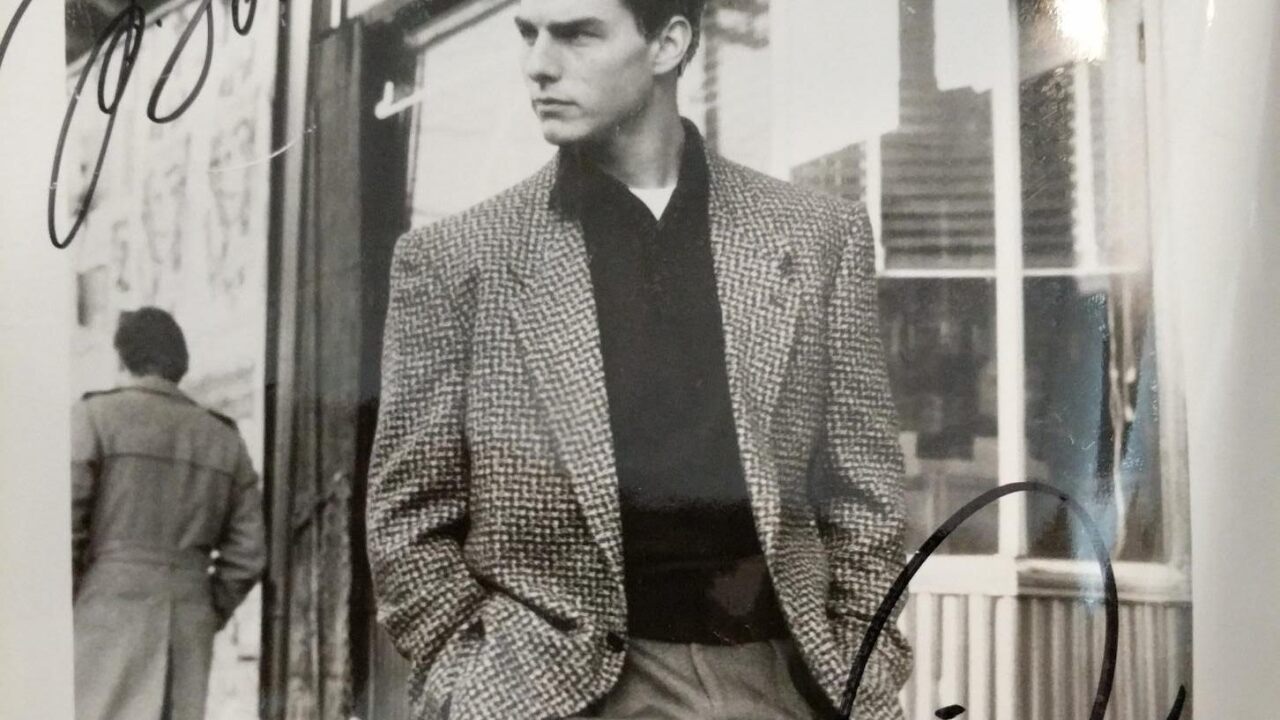 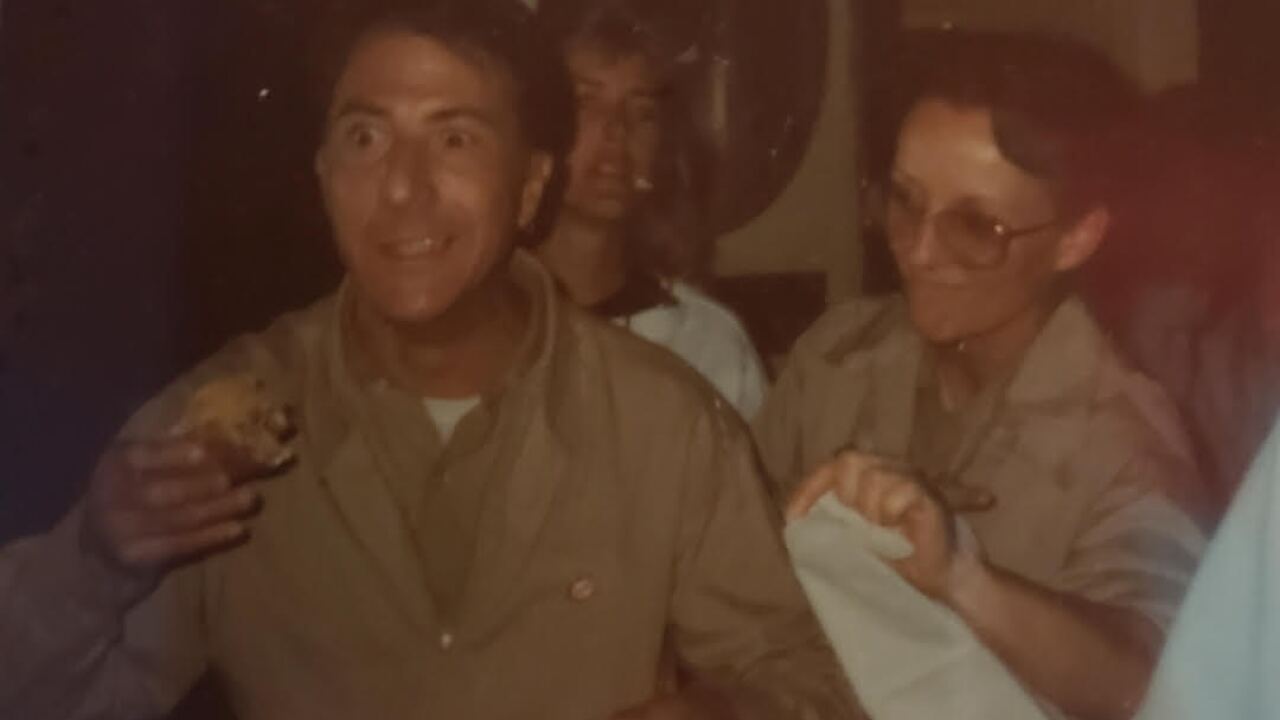 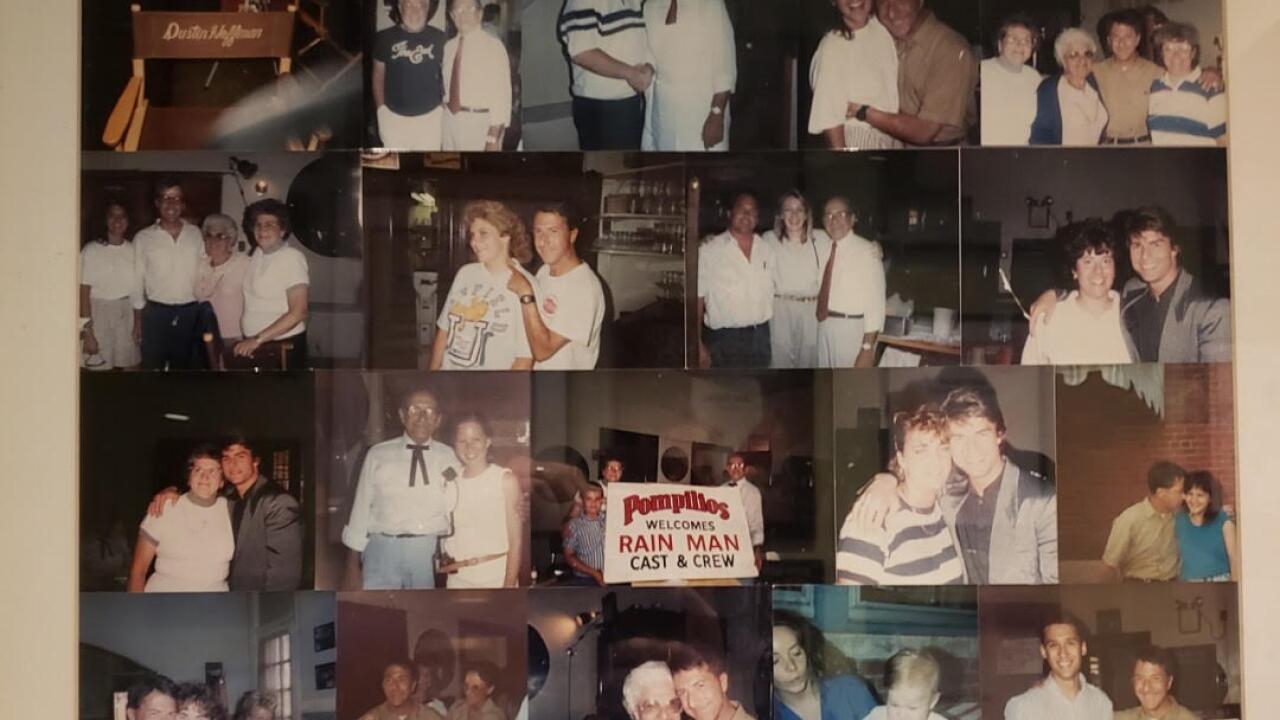 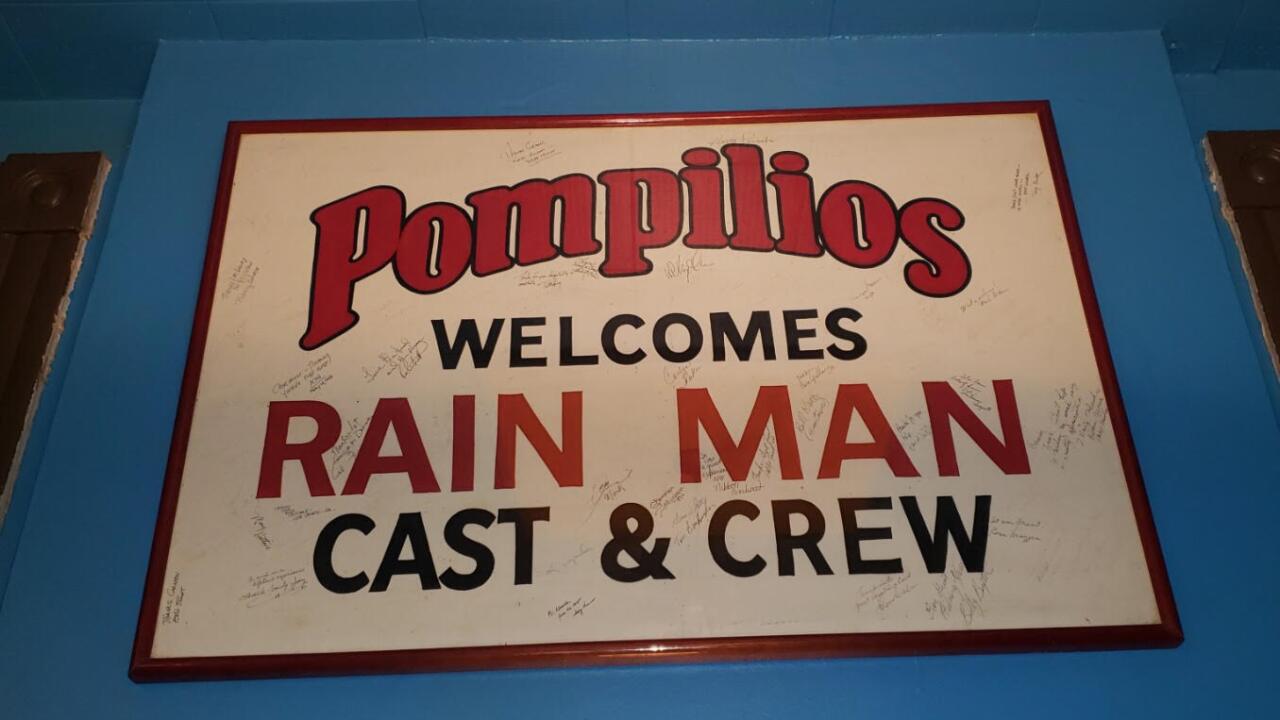 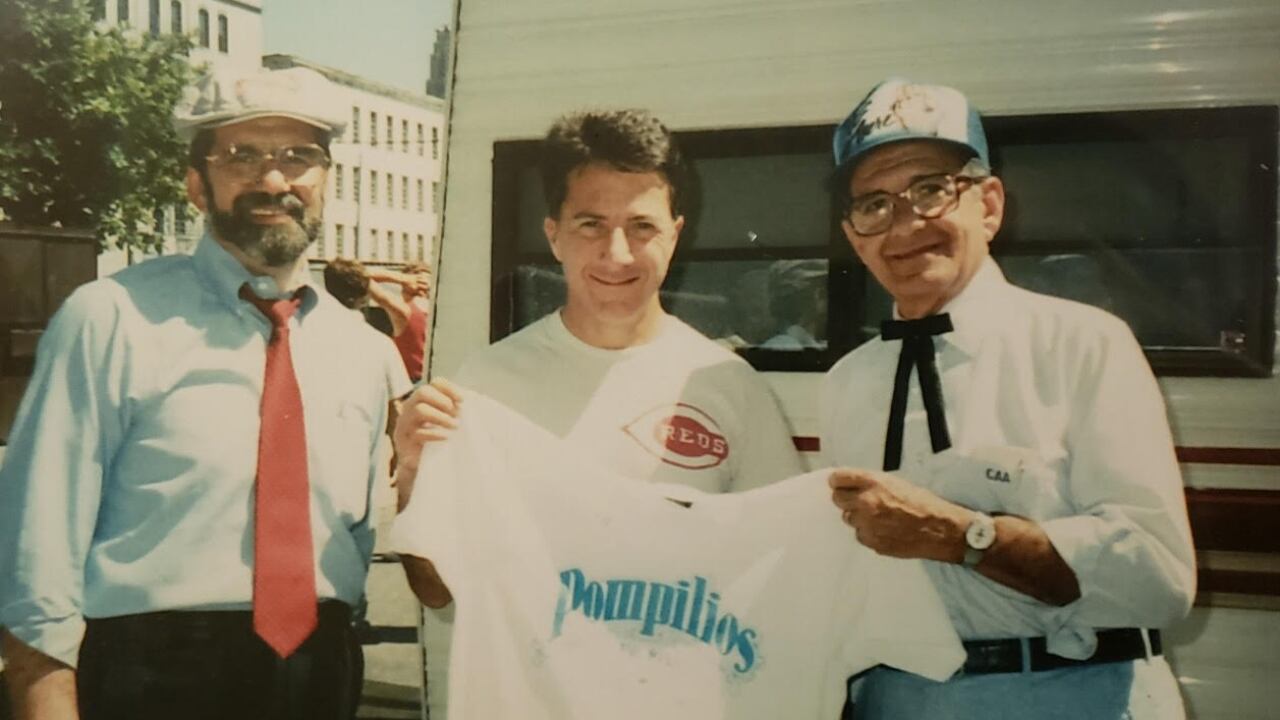 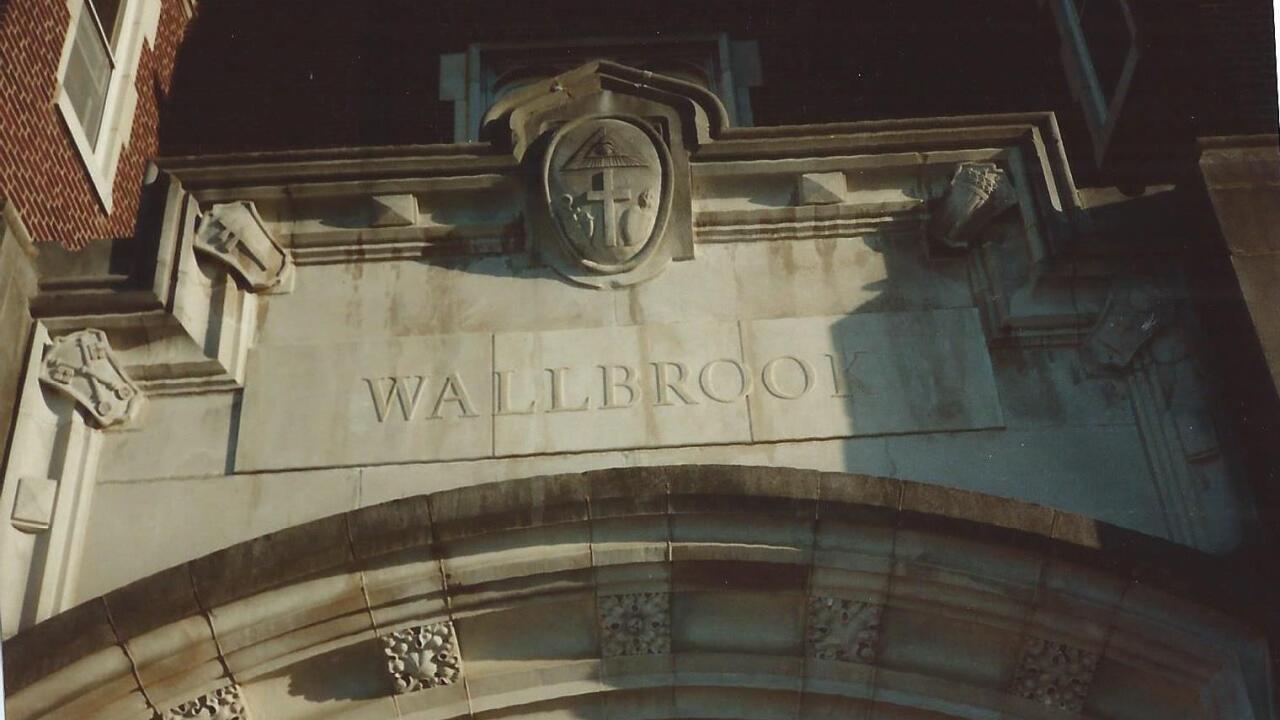 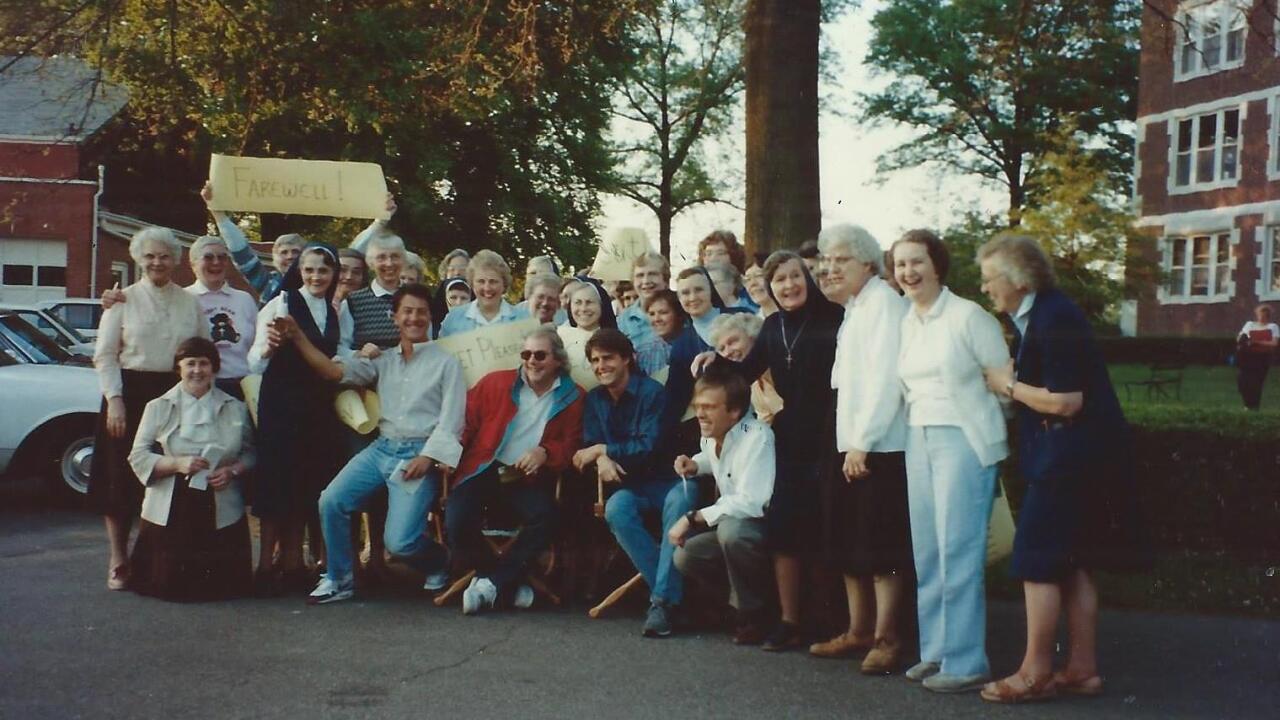 Dustin Hoffman and Tom Cruise walked down the tree-lined lane at St. Anne’s Convent, drove across the Roebling Suspension Bridge and secured a place in movie history.

When “Rain Man” was released in December 1988 and went on to win four Academy Awards, including Best Picture, it also secured Cincinnati’s place as a filming destination. Many scenes early in the film — in which a self-absorbed Charlie Babbitt (Cruise) meets Raymond, the older brother he never knew he had (Hoffman) — were filmed here.

In honor of the 30th anniversary of the film’s haul at the 1989 Academy Awards, here’s a look back at Cincinnati’s starring role through the eyes of local people who were involved in or touched by the production.

Joe Bristow is a current owner of Pompilios in Newport, the setting of the film’s iconic toothpick scene. “Rain Man” memorabilia is still on display there.

R.J. Cavallaro was assistant manager of the (now defunct) Ohio Film Bureau at the time.

Scott Froendhoff is an amateur historian and leads tours of Evergreen Cemetery in Southgate, Kentucky, where the funeral scene in “Rain Man” was shot.

Sr. Alice Gerdeman is provincial superior of Congregation of Divine Providence at St. Anne Province Center in Melbourne, Kentucky. The convent served as Wallbrook, the institution where Raymond lived.

Frank Mazzei was an owner of Pompilios when “Rain Man” filmed there.

Childhood drives and a fortuitous trip to Los Angeles

R.J. Cavallaro: “I had gone out to LA on a trip where we promoted Ohio to the film industry … Lori Holladay and Jacky DeWert (who was working with Holladay at the time) came with us because they were interested in what we did and promoting Cincinnati. One of the trips we made was to a friend of mine, (producer) Mark Johnson, for me to say hello and just touch base. Lori and Jacky came with me and we were talking … (Mark) said, ‘Oh, I’ve got this movie, it’s called ‘Rain Man.’ … But they were having problems finding the location (for Wallbrook).”

Larry Holladay: “They were in a hurry, and very shortly after that, they came out to visit ... Lori took them all over the place. … They went everywhere, took photographs of all kinds of stuff. Including St. Anne’s Convent, which (Lori) loved.”

Cavallaro: “The convent over in Northern Kentucky was the location that won the job coming to the Cincinnati area. … We had found this needle in the haystack that they were looking for.”

Lisa Burn: “I always loved (Lori’s) stories, how she found all of those locations. There are seven kids in our family. She’d always tell it how our dad would take us out driving on Sundays and listen to the Reds game on the radio, I’m sure to try and tire some of the young ones out. He would take us everywhere, and she just knew all of these locations from him driving all over the area. That’s how she knew the convent.”

The actual filming, of course, caused a stir

Holladay: “Once people knew it was Tom Cruise and Dustin Hoffman, then it started to get a lot more attention very quickly … It was pretty exciting to have them in town.”

Scott Froendhoff: “A photographer from the Kentucky Post came up to me and asked me if I could get him closer to where they were shooting up there (at Evergreen). … So I took him down through the woods, and we started going up into the cemetery, and we actually crawled up the hill on our bellies, like Army-style, to get him a little closer.”

Dustin Hoffman was the outgoing one

Frank Mazzei: “They were all very nice, all very congenial. … Dustin Hoffman was very friendly. … Tom Cruise was a little quieter. He would go out to his trailer between scenes. But then at the end, when they were all done, he stayed out in the parking lot for a couple of hours and signed autographs for neighbors and everybody that was around. They were very nice to work with.”

Holladay: “Dustin Hoffman was very, very nice and very approachable ... He was just easy to talk to and friendly. Tom Cruise was more remote, you know, more private. I think he’s just more introverted, which is fine.”

Joe Bristow: “There's a really neat picture of Dustin Hoffman taking a bite of a Dixie Chili cheese coney. The story was that he had never heard of cheese coneys before, so somebody went to Dixie Chili and bought some coneys.”

Cavallaro: “Dustin and Tom, they had a great time in Cincinnati. I took Dustin to a few of the Cincinnati Reds’ games … Marge (Schott’s) assistant asked Dustin if he wanted to meet Pete Rose. … We were walking onto the field because we had to get to center field. … And all of a sudden I think the cameras picked up that it was Dustin walking on the field and you just heard … this incredible applause begin. Dustin looked at me and he said, ‘Hmm, I wonder who that’s for?’ It was just a great moment.”

Mazzei: “We were able to feed them a nice dinner (at Pompilios). They particularly liked our lasagna.”

Cavallaro: “We went somewhere close to Cincinnati where they race go-karts … somehow word got out. And there was a line of fans there waiting to get Tom’s autograph, and he was gracious enough to go over and sign.”

The fun wasn’t limited to time off the set

Cavallaro: “One of the surprises was Robin Williams showed up on set one day. Barry (Levinson, the director) and Mark (Johnson) produced ‘Good Morning, Vietnam.’ (Williams) came one day, and he kept everybody in stitches. He was so funny.”

Burn: “(Hoffman) was telling stories about how he’d been filming ‘Tootsie,’ you know, where he dressed up as a woman. He was telling everybody how he called up Jack Nicholson and had him meet him for lunch, but he came in costume. And of course Jack Nicholson didn’t know who he was, because nobody had seen the character from ‘Tootsie.’ ”

Sr. Alice Gerdeman: “I remember one day, when just as they were leaving, Dustin Hoffman, one of his children had a birthday. He was talking on the phone to that child, and some of us walked by and he said, ‘Will you sing Happy Birthday?’ ... So we sang.”

But they took their work seriously

Sr. Gerdeman: “When Dustin Hoffman came in the morning … he would sit on a bench looking out over the hills and get himself into the character that he was going to play, and he stayed in it all day long.”

Cavallaro: “I’ve worked on several productions. I still say that’s the best movie I’ve ever worked on because the crew was so good and the actors were so great.”

Holladay: “Locals were in some of the scenes, and lots of production people got hired, and they used a lot of hotel rooms, and they paid people to rent their homes.”

Mazzei: “That kind of publicity you can’t pay for. It certainly did us well over the years. … (Pompilios’ business) probably jumped a good 20 percent almost immediately and built on that as the years went on.”

Sr. Gerdeman: “We were looking at that time to collect some funds to be used for a transportation vehicle for our sisters who were missionaries in Ghana, West Africa. And so it worked out very well for us to receive this payment (for filming) so we were able to purchase that vehicle for the sisters who were our missionaries. … We call it divine providence.”

Cavallaro: “It is one of the highlights of my life, being associated with that movie. And being able to film it in a great area like Cincinnati, it was very special. It’s still really special to me.”

It helped Cincinnati grow into a filming destination

Kristen Schlotman: “In my mind, that’s what started the enthusiasm for Cincinnati being a destination for major motion pictures.”

Holladay: “Because it was identified as Cincinnati, and because there were two huge stars and it won awards, it was greatly beneficial to putting Cincinnati on the map as a filmmaking place. Beautiful, historic, a safe place to shoot, a good place to shoot, a very affordable place to shoot, good people to shoot with — all kinds of reasons to shoot here. And that really helped (Lori) start to get more films.”

The movie hasn't been forgotten in local lore

Bristow: “We totally, absolutely get people that still come in to this day, probably every day, that ask about it. … They still come in and they ask, ‘Where did they sit? What did they eat? How long were you closed? How did it come to be that they were at your spot?’ … It still is exciting.”

Froendhoff: “You always get an ‘ooh, ah’ type of thing with the older folks (when he points out the filming location on cemetery tours).”

Schlotman: “Today, we’re seeing on average 10 major motion pictures a year … (‘Rain Man’) was that first glimpse of Cincinnati on the big screen and sort of gave everyone an appetite for wanting more. Without that appetite, I don't think we would be as successful as we are today.”