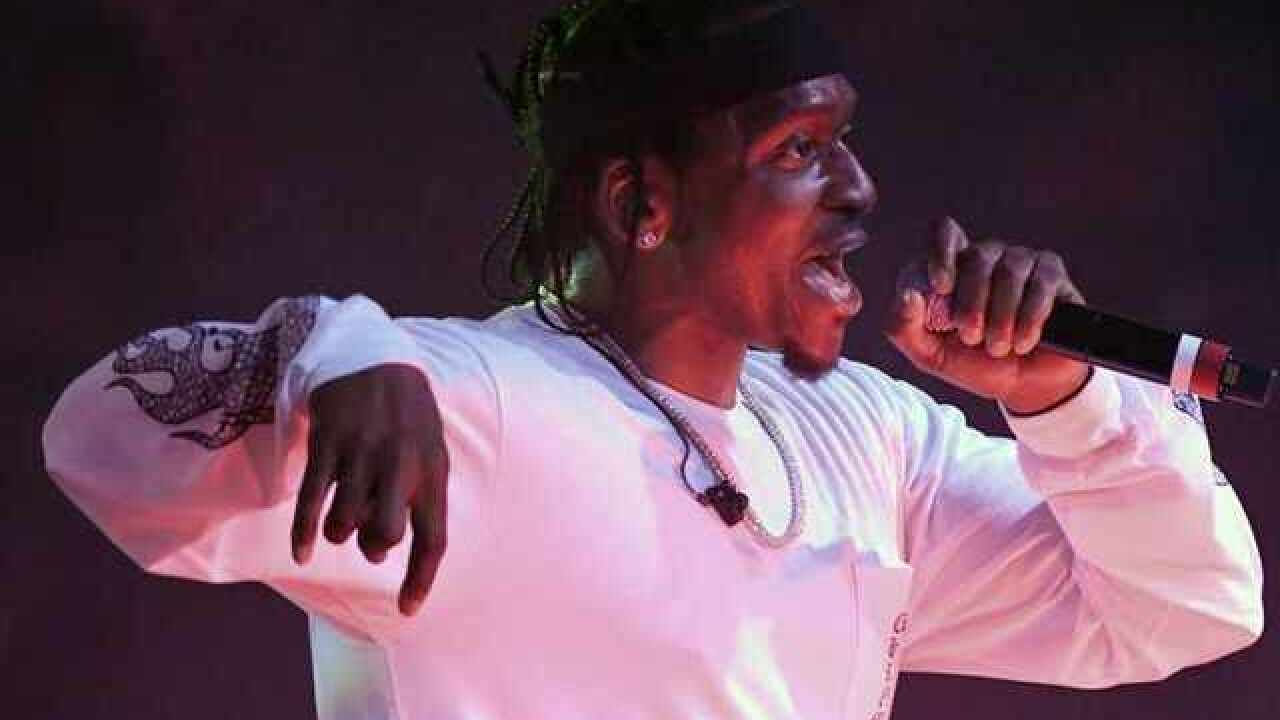 Image copyright 2018 Getty Images. All rights reserved. This material may not be published, broadcast, rewritten, or redistributed.
Ethan Miller/Getty Images
<p>Rapper Pusha T performs during the debut of his residency at Drai's Beach Club - Nightclub at The Cromwell Las Vegas on June 16, 2018 in Las Vegas, Nevada.</p>

CINCINNATI – Rapper Pusha T will be coming to the Queen City this August.

The Cincinnati visit is part of Pusha T's "Daytona Tour 2018" with special guests Valee and Sheck West . Pusha T is promoting his latest album "Daytona," which was released May 25.

The album, which Kanye West produced,  included the song "Infrared," in which Pusha T not-so-subtlety took a shot at Drake for using a ghostwriter. The song's release reignited a yearslong feud between the two artists that has since grown into a very public spectacle playing out on social media.

Drake returned Pusha T's volley with his single "Duppy Freestyle," which also took aim at West. Pusha T then escalated the situation by releasing "The Story of Adidon," a song whose lyrics target Drake's parents and producer and claim Drake is a deadbeat dad to a secret son he allegedly had with a former adult film star. (You got all that?)

The two have been going after one another off-and-on for 15 years, according to a very thorough history chronicling the beef at highsnobiety.com .