Radiohead to play US Bank Arena this summer 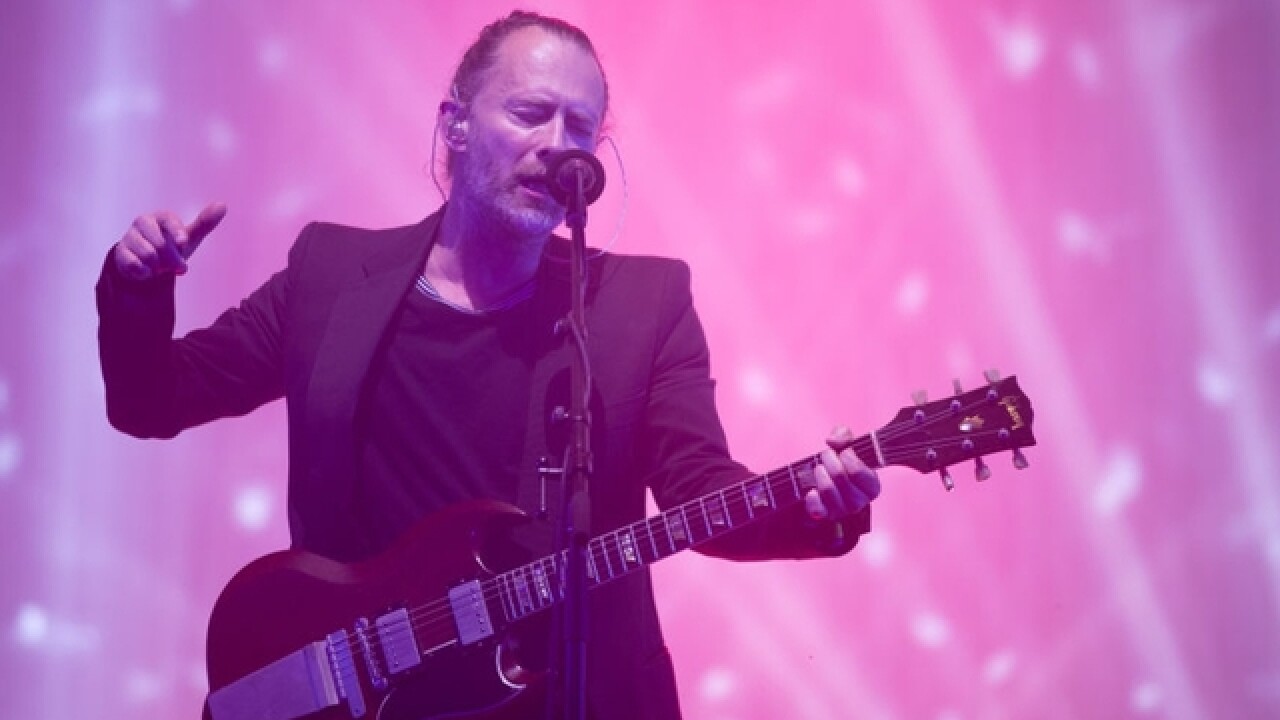 Image copyright 2017 Getty Images. All rights reserved. This material may not be published, broadcast, rewritten, or redistributed.
<p>Thom Yorke from Radiohead performs on the Pyramid Stage at the Glastonbury Festival site at Worthy Farm in Pilton on June 23, 2017 near Glastonbury, England. Glastonbury Festival of Contemporary Performing Arts is the largest greenfield festival in the world. It was started by Michael Eavis in 1970 when several hundred hippies paid just £1, and now attracts more than 175,000 people. (Photo by Matt Cardy/Getty Images)</p>

The English alternative rock band is coming to US Bank Arena on Wednesday, July 25. Tickets for the summer concert go on sale at 10 a.m. Friday at USBankArena.com .

The stop in Cincinnati is part of Radiohead's North America tour promoting its latest album "A Moon Shaped Pool." The tour kicks off July 7 in Chicago and concludes Aug. 1 in Philadelphia.

Radiohead will also play at the Schottenstein Center in Columbus on Monday, July 23. The band last toured North America in the spring of 2017.

Radiohead formed in 1985 and rose to fame with the release of its single "Creep" in 1992. The song appeared on the band's first studio album, "Pablo Honey" the following year. That album was followed by "OK Computer," which gained the band international acclaim in 1997.

Rolling Stone magazine ranked Radiohead the 73rd greatest artists of all time in 2005.