Nine notable restaurants that opened in 2019 – some with familiar chefs; others new to the scene

Cincinnati got a lot more delicious 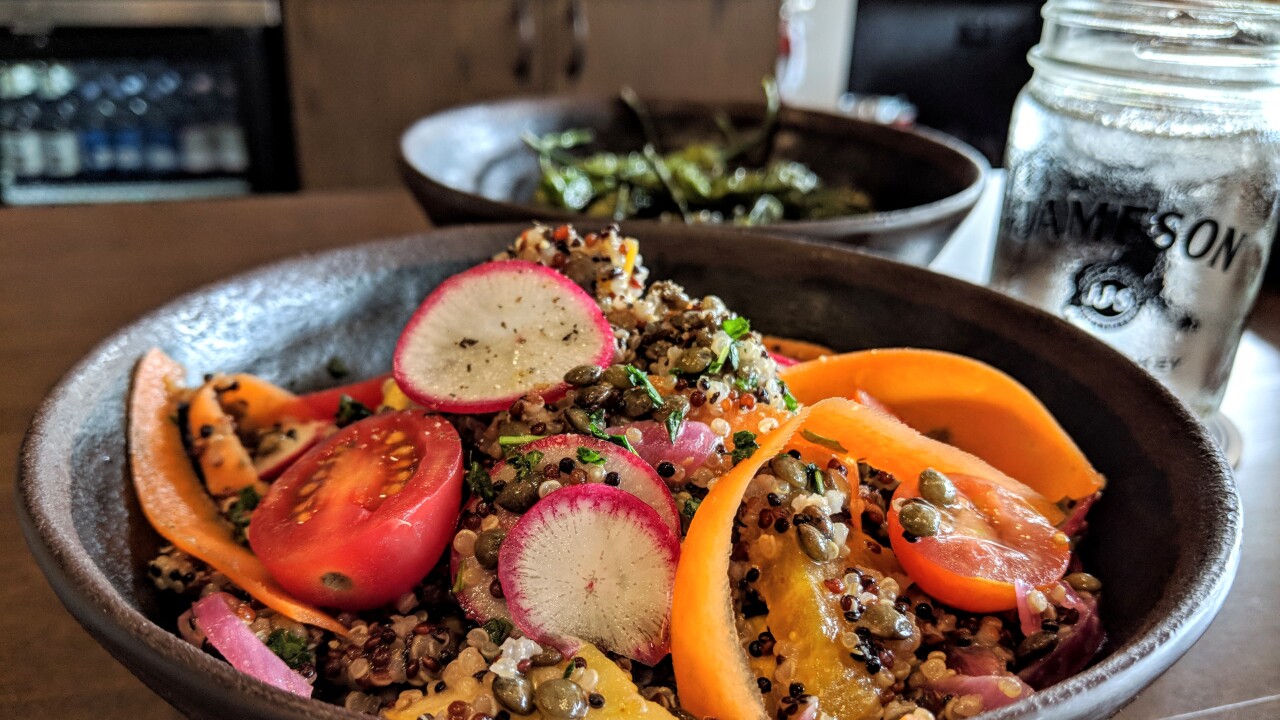 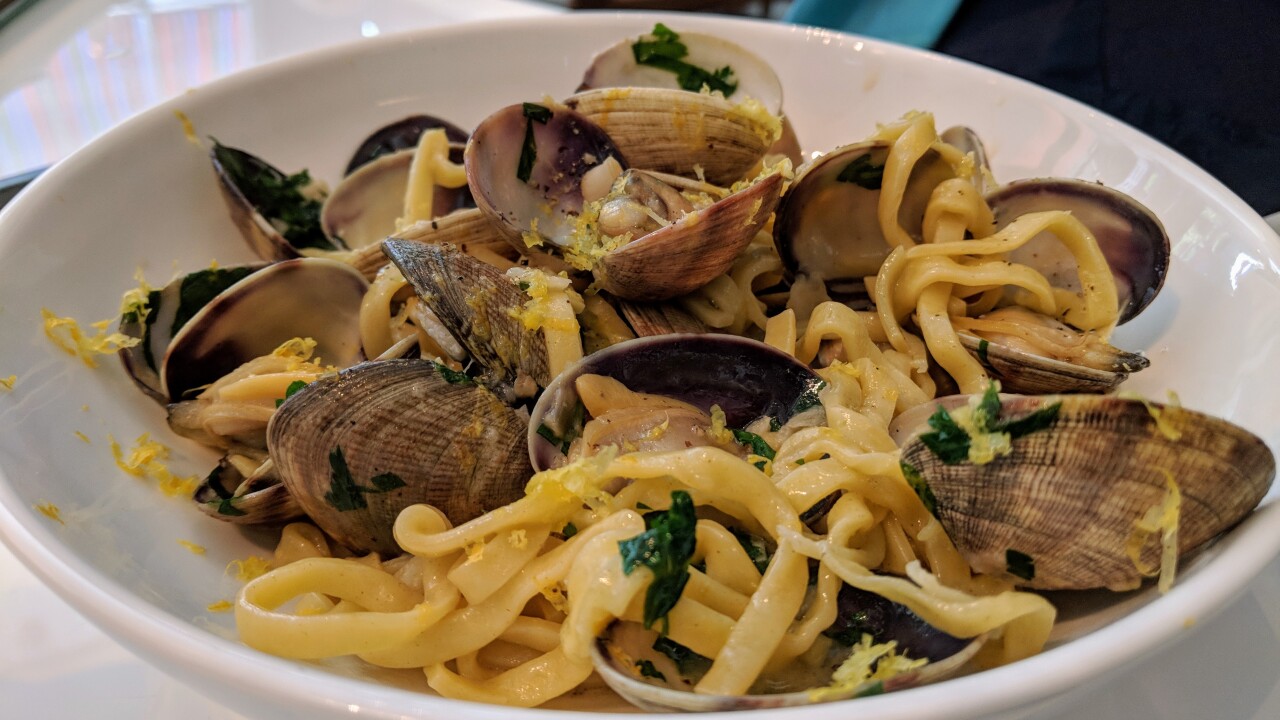 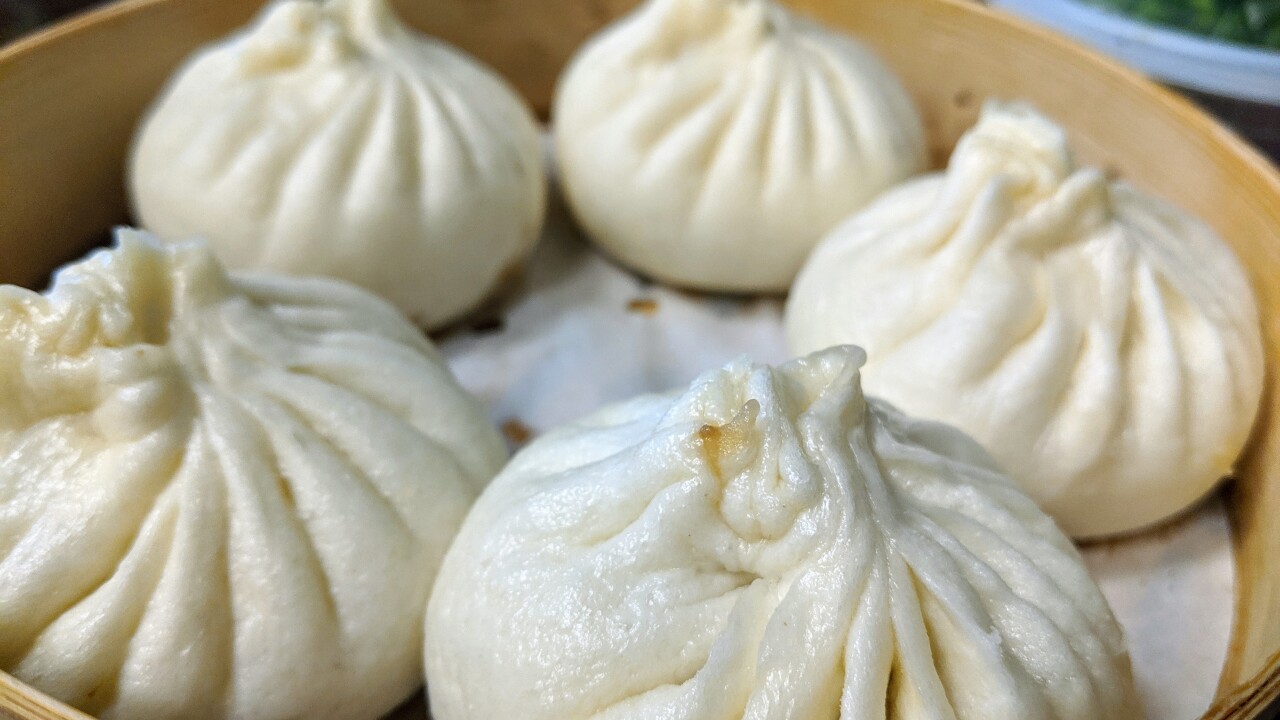 Could Cincinnati get any more delicious? If this year is any indication, the answer is clearly "yes."

Top-notch restaurants continued to join the dining scene, running the gamut from expansions by beloved chefs and restaurateurs to brand-new entries.

Here are nine notable restaurants that opened in 2019.

Fausto at the CAC

Fausto at the CAC makes great food look easy. This classy yet comfortable space in the Contemporary Arts Center serves fresh and locally sourced food with that unmistakable California feeling. Chalk it up to the Ferrari brothers’ 12-year stint in San Francisco. Tony Ferrari, the chef, and Austin Ferrari, the front-of-the-house manager -- both Cincinnati natives -- recently returned home to foray into their hometown restaurant scene.

The food at Fausto ranges from morning bites, such as ricotta toast with fruit and saba, to more substantive fare, such as handmade linguini and clams. The café beverages and full bar complete the experience. Inside the Contemporary Arts Center at 44 E. Sixth St., Downtown; 513-345-2979

Taste the ultimate Chinese “fast food” at this lively noodle shop. The food here is made to order in the open kitchen. Marvel at the chefs making hand-pulled noodles, crepes, buns and dumplings, and then dig into your order within minutes.

The noodles are served steaming hot in a full-flavored broth, with a choice of protein that includes lamb, seafood and chicken. For the “spicy” crowd, be sure to try the Sichuan-style braised beef steamed buns. 4752 Fields Ertel Road, Mason; 513-275-9988

Located across from Findlay Market, Goose & Elder offers American comfort food made with farm-fresh ingredients and the kind of refined sensibility for which chef and owner Jose Salazar is known. Food choices vary from the fresh and vibrant grain bowl to a grass-fed burger to heartier items such as duck leg confit.

Goose & Elder also offers late-night bites, along with brunch on the weekends. With a comfortable bar in the back, this restaurant has all the makings of a go-to neighborhood restaurant. 1800 Race St., Over-the-Rhine; 513-579-8400

Jean-Robert’s Frenchie Fresh gives “fine, fast, tasty casual cuisine” a certain pedigree that only the beloved French chef can. The restaurant closed its Rookwood location in April and reopened four months later in Deerfield Township. New to this location is a bar, stocked with wine, local beer and cocktails. Choose from an assortment of burgers including lamb, bison, turkey and veggie, served the “Yankee” way (on a full bun) or the “Frenchie” way (open-faced on a herb-grilled baguette).

Good things come to those who wait -- so goes the old adage. Chef Hideki Harada’s fan base was duly rewarded when Kiki finally opened in College Hill, roughly two years after it was first announced. The menu at this izakaya (Japanese gastropub) hits all the right notes with items such as the harusame salad (mung bean and seaweed) and the popular curry pan (savory curry “doughnut”) and ramen. The house-made kimchi is a hit, both as an ingredient in ramen and in the kimchi Bloody Mary.

Kiki recently started a line of cocktails named after street fighters that is quickly gaining traction. Its collaboration beer with Brink Brewery is a crowd favorite, often selling out. 5932 Hamilton Ave., College Hill; 513-541-0381

After more than six years in Madisonville, Josh Wamsley has expanded Mazunte to serve the downtown crowd. Mazunte Centro is urban and edgy, covered with vibrant murals, graffiti, splotches and scribblings. The food of Mexico City is front and center, with plenty of tacos, tostadas and tlayudas -- a kind of Mexican pizza built on a giant corn tortilla. Choice of toppings includes al pastor (spit-fired pork), chorizo con papas (house-made sausage and potatoes) and barbacoa (slow-roasted beef). The pozole is a perennial favorite.

If you’ve ever had Paul Liew’s food, you’re likely not to forget it. His food is casual yet refined and embodies the multicultural flavors of his home country, Malaysia. Recently, Liew opened Sago in Mount Lookout Square, which has a small dining area of about 20 seats. It’s also the home base for his catering business.

Sago is a Malaysian-influenced Eurasian restaurant, complete with a Cantonese rotisserie. The roast duck is a must-have, along with other essentials such as nasi lemak (coconut rice), beef rendang (curry) and Hainanese poached chicken. Sago is a BYOB restaurant that also offers carry-out. 1004 Delta Ave #1, Mount Lookout; 513-321-0982

Got falafel? If not, walk up to Forty Thieves and get your fix with arguably the city’s best falafel. This walk-up counter, connected to the no-frills bar Holiday Spirits, is Dan and Lana Wright’s latest addition to their restaurant empire. Forty Thieves is the street-food version of the Wrights’ upscale Middle Eastern-inspired restaurant, Abigail Street. Grab some shawarma, succulent grilled chicken, shakshuka, house pickled vegetables … and did I mention falafel?

This unassuming deli with modern lines in Walnut Hills serves nothing short of flavor bombs. Husband and wife Gary Leybman and Libby Powers have been selling their pickled fare at farmers’ markets for many years prior to opening the deli. You’ll find longstanding fermented favorites such as kimchee, garlic beets and curried sauerkraut in the retail section, but now, there are also soups and sandwiches made from scratch using locally sourced ingredients. The pork burger is a crowd favorite, and Leybman, a trained chef, also offers smoked meats and specials that include porchetta and latkes.

Grace Yek writes about food for WCPO Digital. She is a certified chef de cuisine with the American Culinary Federation, and a culinary arts instructor at the Midwest Culinary Institute at Cincinnati State College. Questions or comments? Connect with her on www.graceyek.com