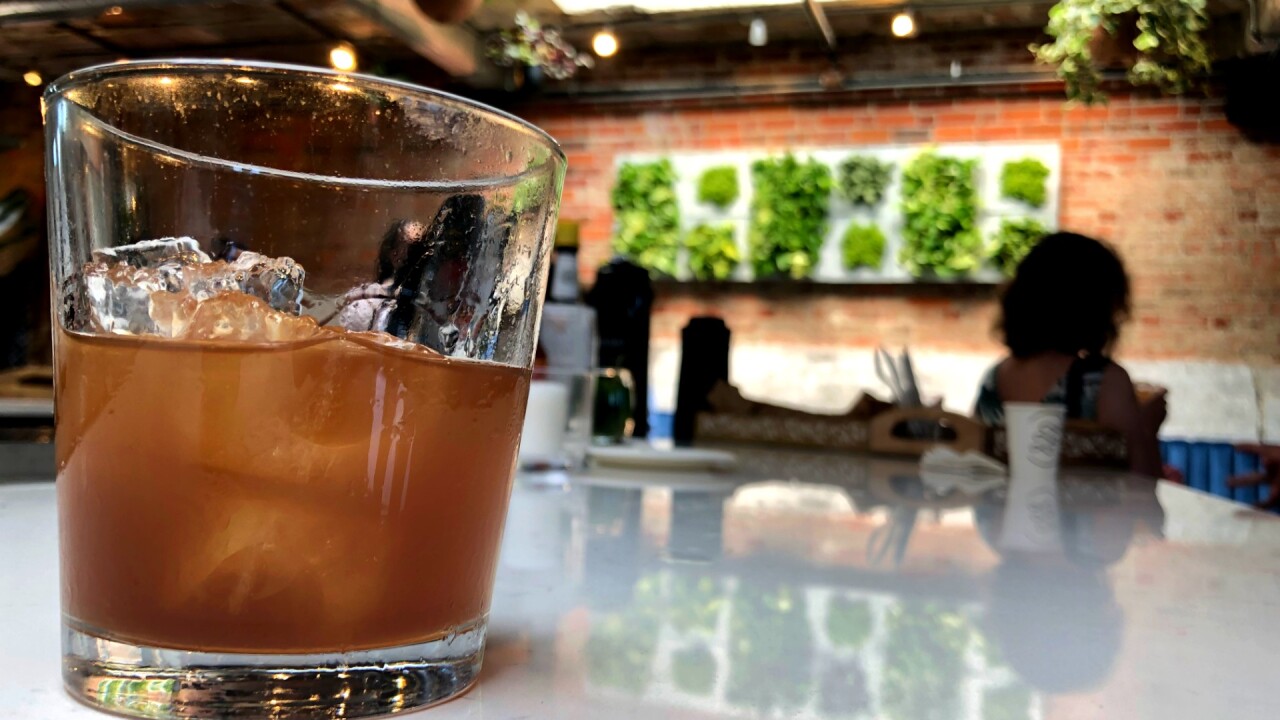 Brian Mains|WCPO
The creative team behind Sundry and Vice craft cocktail bar in Over-the-Rhine opened their newest venture, Comfort Station in Walnut Hills on Friday, June 21, 2019. The bar takes its name from its historic location, the Public Comfort Station building at 791 E. McMillan St. When the original comfort station opened in 1914 it served as a respite for weary travelers. The station offered separate bathing and restroom areas for men and women accessible by separate street side entrances. The new cocktail bar maintains that division. The light and airy first-floor bar that occupies the original comfort station&#39;s “women’s” section opened first on Friday. The original “men’s” area located in the station’s basement will have a much more intimate setting when it opens in the coming weeks. 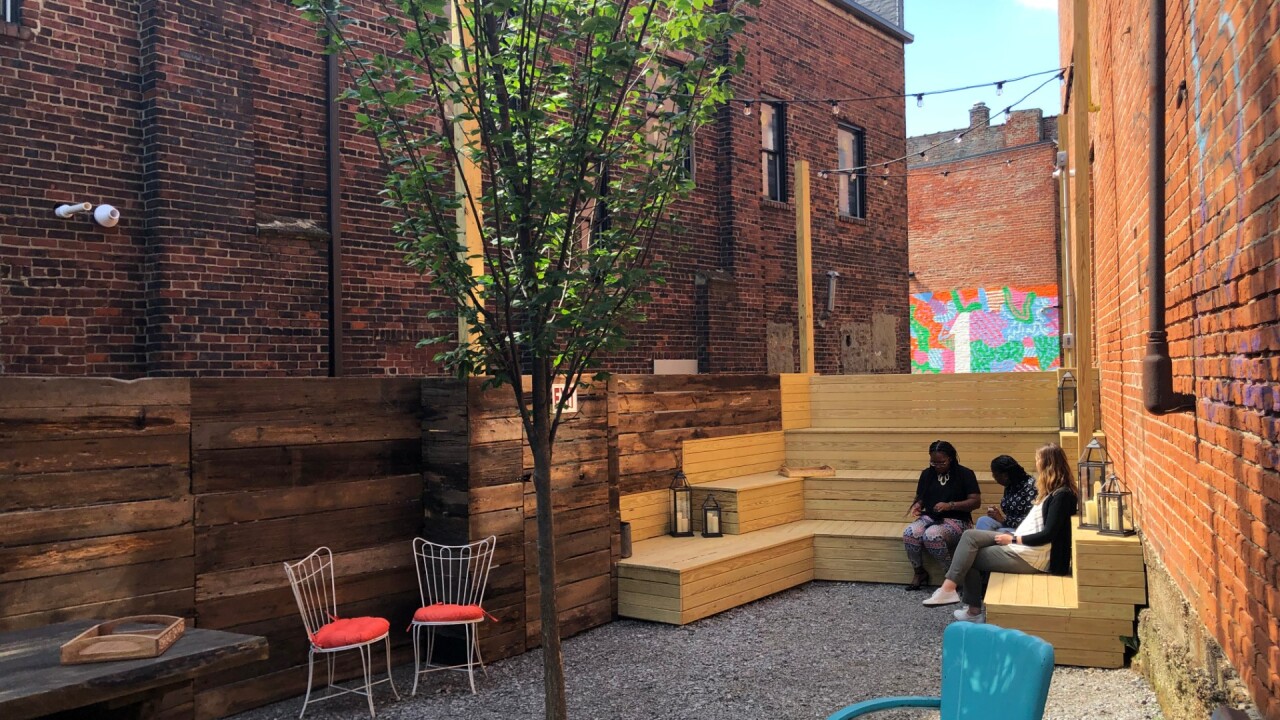 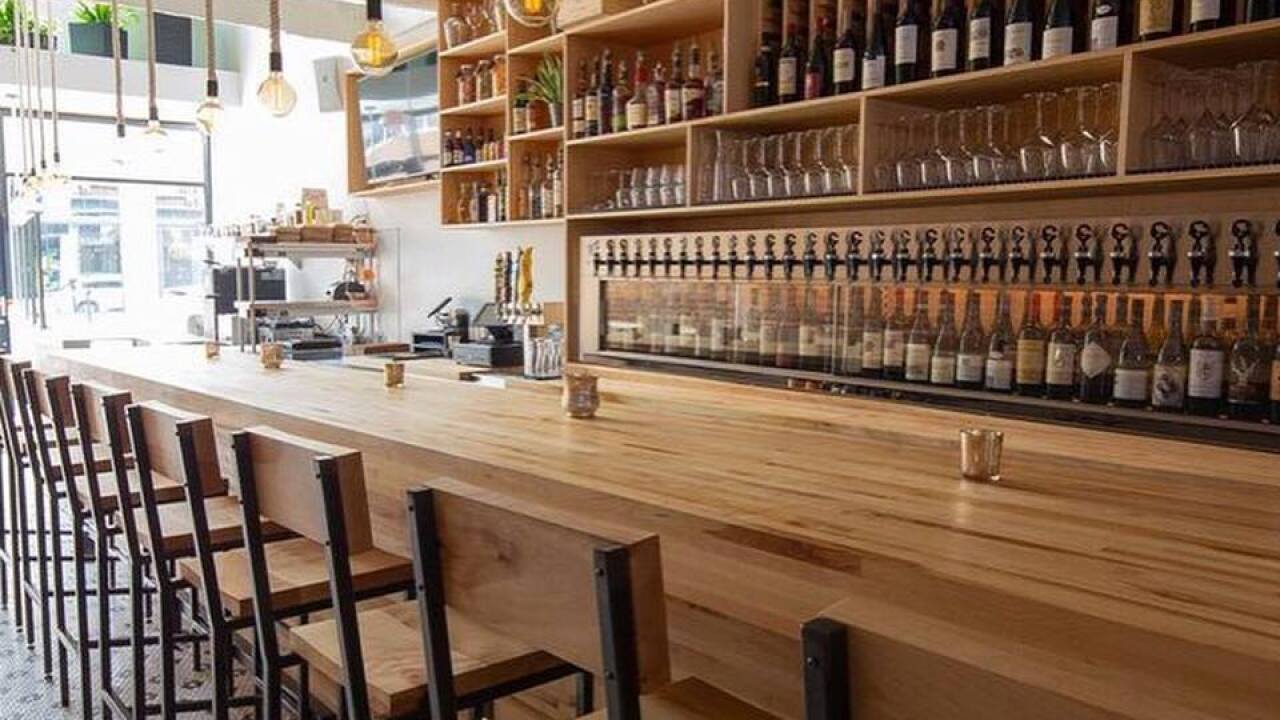 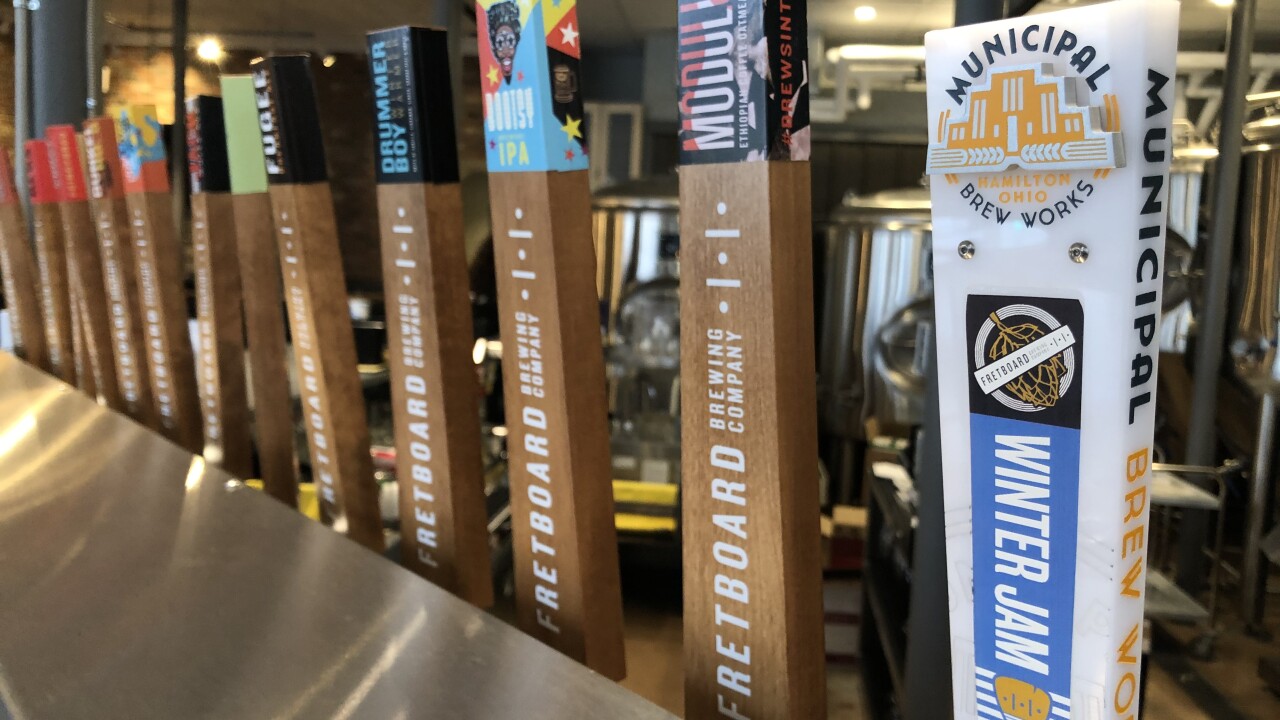 CINCINNATI — The boom of new bars and breweries of the last few years in the Queen City showed no signs of slowing down in 2019.

By a very rough count, and by no means complete, more than 25 new places to grab an adult beverage with friends opened in Greater Cincinnati this year.

The number of new places can definitely make it difficult to decide where to visit first. While I can't claim to have visited them all, here are the top nine new bars and breweries of 2019 that I recommend checking out during your downtime this holiday season.

Description: When the owners of Senate, Abigail Street and Pontiac Bourbon & BBQ launch a new venture in Over-the-Rhine, you can expect a top-notch experience. Holiday Spirits opened at the corner of Race and Liberty streets on March 19 with a 50-seat outdoor patio that offered prime happy hour real estate during fair weather. Inside, Holiday Spirits seats about 120. The bar features 15 beers on tap, about 10 different cocktails and frozen rosés, along with Arab- and Israeli-inspired street foods from its in-house Forty Thieves eatery.

Why I like it: Holiday Spirits presents the perfect balance of dive bar vibes and more upscale drinkeries through a blend of decor and tasty drink options. The food served out of Forty Thieves is not only delicious, but it also brings something a little different to Over-the-Rhine. The outdoor patio also offers some prime happy hour people watching during nice weather.

Description: Oddfellows Liquor Bar officially opened on March 30. The bar sits adjacent to Mikey’s Late Night Slice, a small Columbus-based pizzeria chain that owns Oddfellows as well. Oddfellows in Over-the-Rhine is the bar's second brick-and-mortar location. The neighboring Mikey’s Late Night Slice is the micro-chain's third pizzeria. The location for both marks Mikey’s first expansion outside of the Columbus market.

Why I like it: What can I say? Part of me will never grow up. That part is 14 years old and still giggles when he sees creatively used foul language, which is literally written into the decor at Oddfellows. As an adult, I do enjoy the bar's eclectic atmosphere while drinking one of Oddfellows' delightful cocktails or craft beers (usually with a slice of Mikey's pizza nearby).

Description: Matt and Kathleen Haws opened Ripple Wine Bar on April 12 to fill what they saw as a gap in Covington's growing entertainment scene. Ripple attempts to make wine more approachable to the average drinker through education and tastings.

Why I like it: Ripple offers a laid-back, non-intimidating atmosphere for novice wine drinkers and somewhere different to go in Covington's blossoming downtown business district.

Description: HighGrain Brewing Co. opened Memorial Day weekend with a focus on sustainability in the former village of Silverton's municipal building. The craft brewery’s taproom opened with 10 beers on tap and a food menu featuring farm-to-table fare. HighGrain also has an outdoor patio where folks can watch traffic go by on lazy summer days.

Why I like it: I love that the brewery's owners are legit focused on sustainability. The former municipal building is equipped with multiple geothermal wells and has plenty of room to plant various plants that will be used in dishes after they are harvested. HighGrain's beer and food are top-notch, too.

Description: The creative team behind Sundry & Vice craft cocktail bar in Over-the-Rhine opened its newest venture, Comfort Station, on June 21. The bar takes its name from the original function of the building it occupies. The original public comfort station opened in 1914 as a rest stop with separate showers and restrooms for men and women looking for respite while on the road. Today's Comfort Station offers its own take on respite with a light and spacious upper level that leads to a hidden outdoor patio and a lower level decked out with dark mahogany and dim lighting.

Why I like it: I was delighted to find the outdoor patio wedged between two neighboring buildings when the upper-level "women's section" of Comfort Station opened in June. The use of space is amazing and offers plenty of comfortable seating for outdoor cocktail sipping season. Meanwhile, the lower "men's section" of the bar offers the exact opposite – a dimly lit, intimate space perfect for a pour of bourbon to warm up your insides on a cold winter night.

Description: When the co-owners of HomeMakers began planning to open their first bar together they held a simple vision: Create a craft cocktail bar that was light and welcoming. When the result of that vision, HomeMakers Bar, opened on June 19, Catherine Manabat and Julia Petiprin welcomed guests into a world of light colors, seasonal cocktails and light bites with a dash of 1950s kitsch.

Why I like it: The bartenders are very friendly at HomeMakers. They don't mind taking the time to explain what they're making or crafting a drink based upon your mood. Speaking of mood, you can't help but be a little happier sitting in a space with pink and blue painted walls and plenty of sunshine during the day.

Description: Owners Camilo Otalora and Steven Clement joined forces to create what they describe as “a curiously crafted space.” Lost & Found opened on Aug. 22 with a menu featuring adventurous cocktails, small shareable plates and a limited selection of wine and beer.

Why I like it: Beyond serving great drinks, Lost & Found regularly features great music, whether it be a DJ or live performance. And kudos to the owners, who held the bar's "Give a Can, Get a Can" fundraiser the night before Thanksgiving. Anyone who brought a canned good to be donated to the Freestore Foodbank received canned craft beer from Lost & Found's bar.

Description: Newport's Jerry's Jug House was given new life when it opened Sept. 19, thanks to co-owners Stuart MacKenzie, of the Northside Yacht Club, and Mark Ramler, an award-winning preservationist and the owner of Mansion Hill Properties. Staying true to the Jug House’s historic roots as a neighborhood bar and corner store, the newly revamped Jug House features two seating areas, an expanded bar, flat-screen TVs and garage-style doors to create an indoor-outdoor feel. A former back office also has been transformed into a lounge. There's a wide variety of carry-out liquors and craft beer in cases surrounding the bar.

Description: Fretboard Brewery & Public House was born out of the subsequent collaboration between Fretboard Brewing Co. of Blue Ash and the Looking Glass Hospitality Group that owns Tahona Kitchen + Bar in Blue Ash and S.W. Clyborne's in Mason. The Public House, which opened on Dec. 11, incorporates the skill sets of both organizations to create a brewpub that serves great pub fare and craft brews along the Great Miami River.

Why I like it: I typically have been impressed by Fretboard's beers since the brewery opened at 5800 Creek Road in late 2017. It will be exciting to see what new beers the brewery creates in the Public House's small-batch brewhouse. Then there is the food, which is made from scratch and created to pair with Fretboard's beers. And finally, I'm a sucker for a comeback story. In 2017, the city of Hamilton and CORE, the group tasked with revitalizing Hamilton's downtown district, invested heavily in renovating the three-story building at 103 Main St. When CORE leased the space to the now-defunct Quarter Barrel Brewpub in Oxford in early 2018 as a second location, both city officials and the community celebrated the new anchor tenant in Hamilton's downtown resurgence. For never clearly explained reasons, both Quarter Barrel locations permanently closed as of Jan. 3, 2019. The Hamilton brewpub was two weeks shy of celebrating its first year in business at the time. Officials worked hard and in less than a year, Fretboard Brewery & Public House opened in the same space.