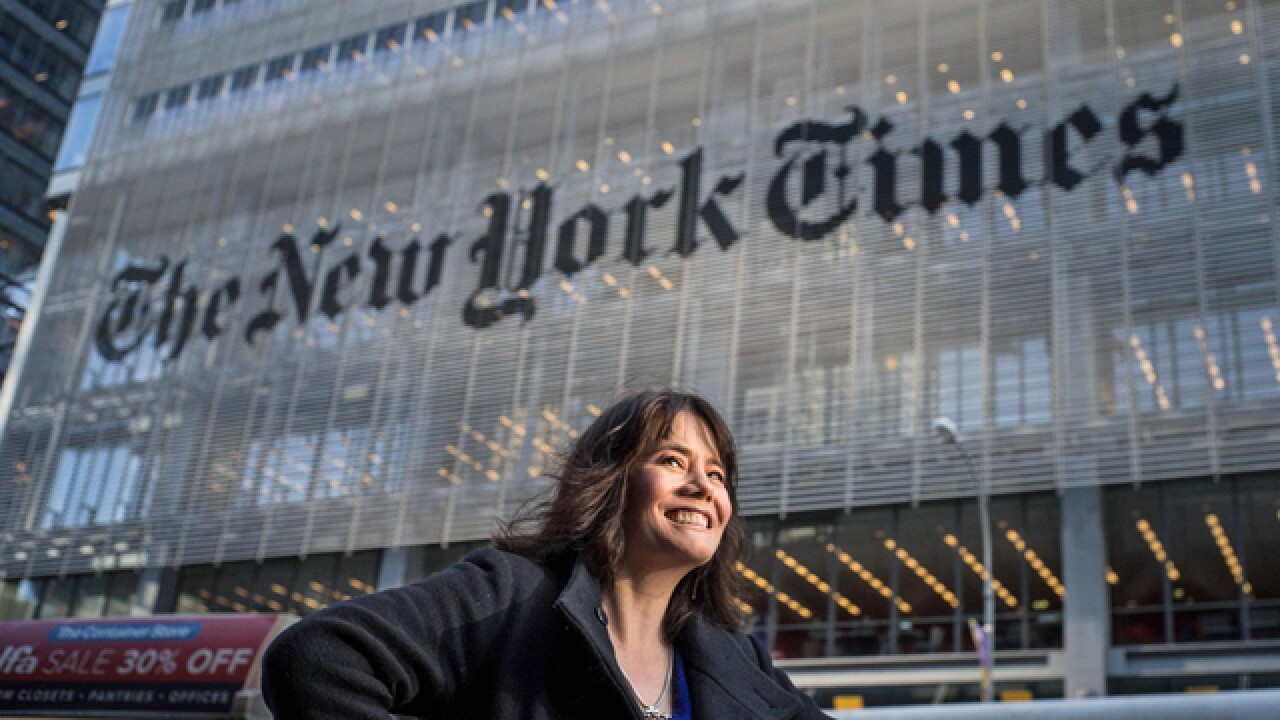 Copyright 2018 Scripps Media, Inc. All rights reserved. This material may not be published, broadcast, rewritten, or redistributed.
<p>Writer Jada Yuan outside the New York Times. (Provided)</p>

The New York Times declared in January that Cincinnati was one of "52 Places to Go in 2018," and the traveler visiting all 52 destinations will come to the Queen City in May.

Jada Yuan, a Brooklyn-based magazine writer, was chosen from among 13,000 applicants to make the yearlong trek to each of the places on the New York Times' travel list. While she's in Cincinnati, Yuan will share travel tips and stories from her four months on the road so far. The one-night event is May 9 at Cincinnati Shakespeare Co., and tickets are on sale now.

Cincinnati is the first city to host an event in conjunction with the 52 Places designation.

When it picked Cincinnati as a must-visit destination, The New York Times cited Over-the-Rhine's breweries, restaurants and “cultural allure,” calling out the $143 million renovation of Music Hall, the expansion of Ensemble Theater Cincinnati and Cincinnati Shakespeare's brand-new theater. Cincinnati Shakespeare is nearing the end of its first season in the Otto M. Budig Theater, where no seat is farther than 20 feet from the stage — a guarantee for “theatrical immersion,” according to the Times.

“When we set out to build a new theater, we wanted to put Cincinnati Shakespeare Co. on the map and, by extension, put Cincinnati on the map,” said producing Artistic Director Brian Isaac Phillips. “When you have New York Times mention your building as a reason to come to Cincinnati — and then they come to your building — I'd say we've accomplished that goal.”

Over the last year, the Times has featured the Cincinnati region in six stories, said Julie Calvert, executive director of Source Cincinnati, an organization that pursues positive national media coverage for the region. The national attention can boost tourism, as well as the profile of Cincinnati organizations and businesses.

“As we're reaching out to people during casting, we don't have people saying, 'I had no idea there was a Shakespeare company in Cincinnati.' Our auditions are tenfold what they used to be,” Phillips said.

“As we're able to attract talent with long-term contracts, then they're available to be used at other theaters. It raises the caliber of everybody's work. It sends the message that this is a place where you can make a living as an artist and you can thrive,” Phillips added. “It makes Cincinnati an even more attractive place to visit, or even move here and work for one of our great companies downtown.”

One of the New York Times stories about Cincinnati was a “36 Hours in ...” travel article; Yuan likely will use that as a guide for her visit. In addition to tickets to one of the theaters or a Music Hall concert, it suggested stops at the Contemporary Arts Center and the National Underground Railroad Freedom Center, a ride on the Cincinnati Bell Connector, a walk over the Purple People Bridge and visits to Sotto, Salazar, Rhinegeist and Taft's Ale House.

Yuan shares pictures and thoughts from her journeys on the Times’ website, as well as social media. On Instagram, she has taken video of female wrestlers in La Paz, Bolivia; teenagers trekking up snow mountains in heels to take prom photos in Denver; and blue trees in Chattanooga, Tennessee.

Destination Cincinnati — And Beyond

What: A conversation with New York Times' 52 Places Traveler Jada Yuan and veteran New York Times reporter John Eligon. Yuan will share travel tips and stories from the places she has visited so far.
When: 6 p.m. May 9
Where: Cincinnati Shakespeare Co., 1195 Elm St., Over-the-Rhine
Tickets: $25; cincyshakes.com, 513-381-2273