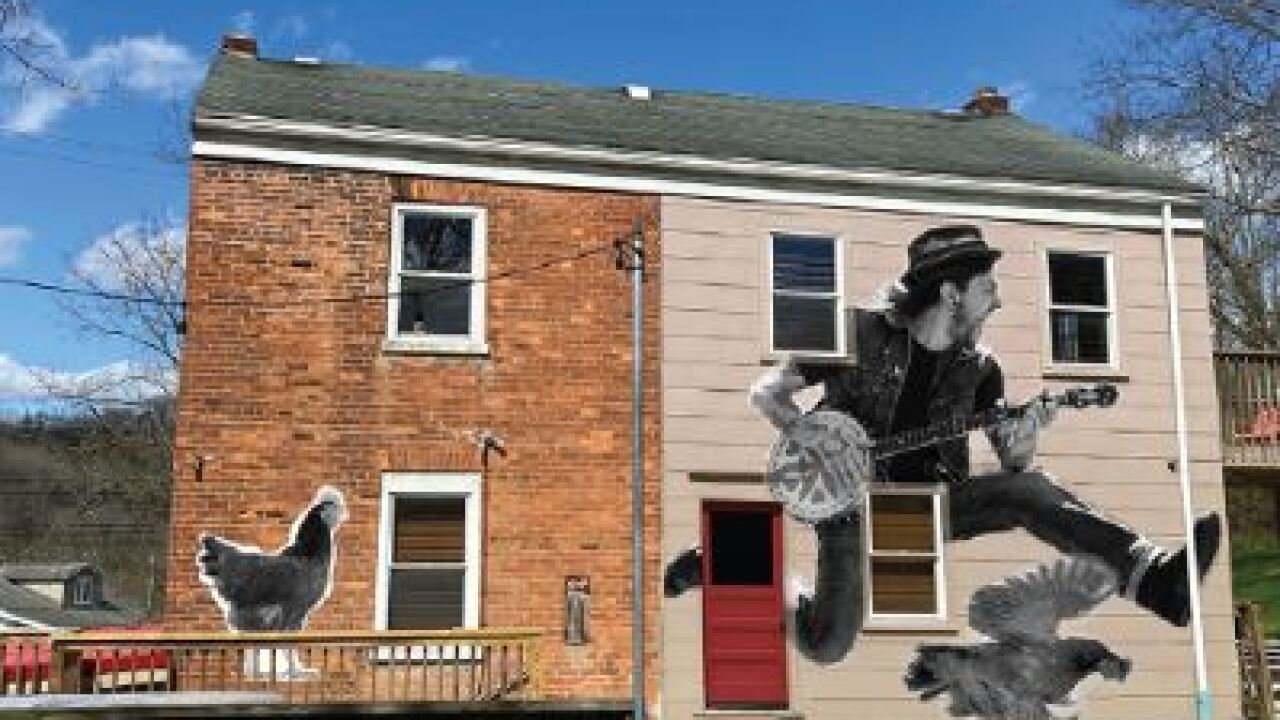 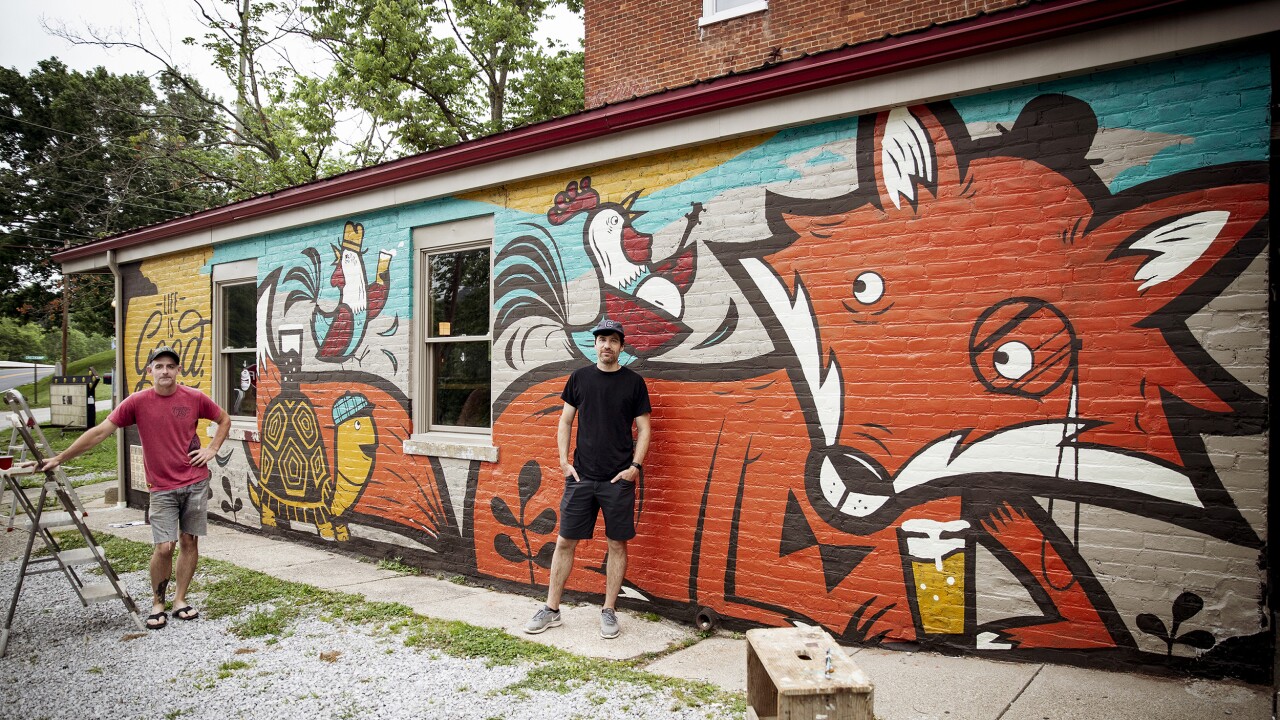 They also will step back to marvel at two freshly painted outdoor murals, reflecting both a “looking up” optimism and the establishment’s ties to local folk musicians and the art scene.

“We used the last three-and-a-half months to re-evaluate and reboot how we operate – some of it out of necessity and (some of it) out of clarity of mind,” owner Keith Neltner said.

Neltner conceived the Tavern’s new “Patio Saturdays” – the only weekday it will be open, from noon until 11 p.m. – to give folks a safe and secluded experience.

“With the changing dynamics of COVID and limited capacity, it’s a way for us to get some revenue going again,” Neltner said. “We’re also working to have limited and ticketed dinner events in the top two floors of the building with locally sourced and made ingredients.”

The murals are part of that reboot. The first, a vibrant illustration of hens lying with foxes, includes a message to remind passersby that “Life is Good.” The second mural is a supersized (more than 17 feet tall and 21 feet wide) depiction of Cincinnati bluegrass musician Mike Oberst.

“When COVID-19 hit, we had to close our doors and quiet the expenses and overhead as much as possible,” Neltner told WCPO. “My design studio, Neltner Small Batch, felt an immediate pause in business as well – none of us knew the scale and scope of what was happening.”

In addition to Camp Springs Tavern and Neltner Small Batch, Neltner’s family manages its namesake farm, known for fall pumpkin patches and a beautiful wedding venue, just across the street.

“Everything in our little valley just got quiet (more than usual) and I remember our kids looking for things to do – school was happening at home, so there was just a lot of focus on our core family and daily routines,” he said. “The idea came to mind to use this time to create art, and it grew into a community mural, one that gave some optimism to people.”

Total cost, according to Neltner, was “five gallons of paint, three cases of Miller High Life and at times eight painters – ranging from 6 to 77 years old.”

Rob Warnick of Warnick Art illustrated the fox and hens piece for the building’s front, visible when travelers pass by on Stonehouse Road. His collaborative friendship with Neltner goes back to 2004, when they would work together on concert posters for groups such as Modest Mouse and Cake.

Neltner credited “a sensibility in (Warnick’s) illustrations that just makes you smile – we’ve done countless posters for touring bands, candy packaging, and events around the country including (film, media and music festival) SXSW.”

Warnick expressed his own enthusiasm for the project.

“One, it's always a pleasure to work (with Neltner), and two, this would be the first time my illustration work would be at that scale and as a mural,” Warnick said. “Not to mention, on a building (which dates to) 1865.”

The building’s original bricks, still supporting a structure teeming with history, were made in a field just across the street, near Four Mile Creek (today, the site of Neltner's Farm). Matthias Kremer, a shoe cobbler, immigrant and grape producer, built the structure while managing acres of grapevines nearby.

Jonathan Willis created the Oberst piece with old-fashioned wheat paste, Neltner said, and it will be an ongoing work.

“This was a perfect time to tag the patio side of our building with this energetic image of Mike and a flock of chickens,” he said. “This technique isn’t as long-lasting, so the vision is to paint additional imagery (to) make this a rotating and layered effort.”

For Neltner, arriving at the crossroads of art and celebration is a no-brainer: His design studio has had a hand in creating distinctive branding for Greater Cincinnati businesses like Braxton Brewery, Lucius Q, Arnold’s Bar & Grill, Half Cut and Herzog Music. He also has worked on illustrations for world-class country artists Hank Williams III, Shooter Jennings and Jamie Wyatt.

The latest updates to a structure that has been around for so long speak to Neltner’s devotion to his own small rural community, as well.

“We hear some awesome comments from people driving by,” Neltner said of the murals. “It’s become such a visual focal point as you approach over the hill, it fills me with pride. Our rotating sign simply states ‘Be kind’ as we’re all working through this difficult time. We need more optimism and kindness – it is what can heal all of us.