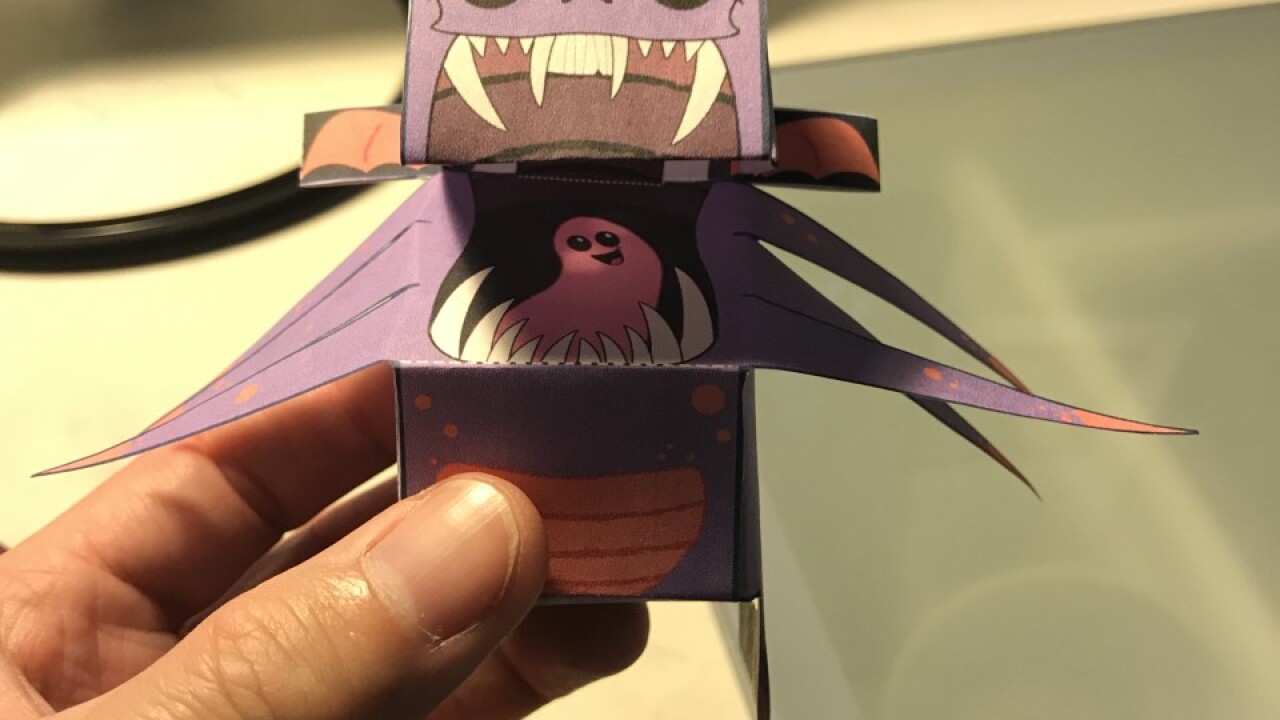 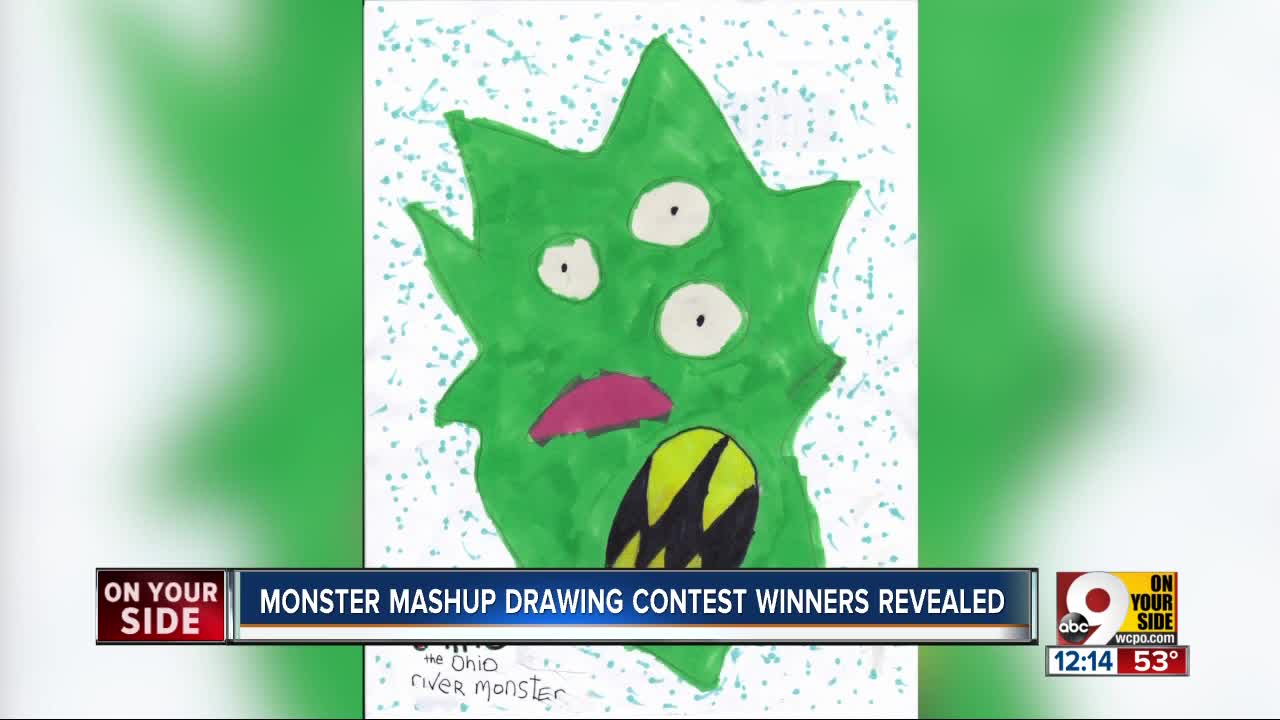 A few weeks ago we asked Tri-State kids to submit their monster designs for the WCPO Monster Mashup contest -- and they delivered in a big way.

I chose three monsters out of the more than two dozen creatures created by the young artists and re-imagined them in my own style. And I made one monster into a new paper cutout toy which you can download and assemble.

RUNNER-UP
Artist's name: Will Joseph
From: Loveland, Ohio
Age: 10
Monster's name: Megaflowy
What Will says about Megaflowy: "Megaflowy has eight eyes and has vines all over the place because he is a flower. He has a TV showing his evil face. He has wiring and pipes coming outside of the TV. He is pink, red, green and gray. He does not have any hair. At first he was a flower that wanted to kill all the monsters. ... Now he is not nice, more powerful and impossible to beat. With multiple eyes and lasers, he will always beat you."
Why I chose Will's monster: Will had such an imaginative backstory to his monster. I felt he was really trying to go with something unique and creative. And who doesn't want to draw a robot/TV/plant monster with thorns?

RUNNER-UP
Artist's name: Riley Adams
From: Fairfield, Ohio
Age: 5
Monster's name: Barfie, the Ohio River Monster
What Riley has to say about Barfie: "Barfie is a gross, green boy algae monster that lives in the Ohio River. He likes to eat trash."
Why I chose Riley's monster: I laughed out loud when I saw Barfie. How can I not love a creature called "The Ohio River Monster"? Our river's quite pretty ... and can be pretty gross, too. I bet Barfie's in there now, eating old fireworks casings.

GRAND PRIZE WINNER
Artist's name: Bodie Brown
From: Rising Sun, Indiana
Age: 9
Monster's name: Mandy the Monster
What Bodie has to say about Mandy: "Mandy the Monster is a purple and pink eating machine. She has sharp fangs and a pretty pink bow. Her favorite candy is gummy worms. She has a friend named Pinkie that likes to help her eat."
Why I chose Bodie's monster: When I saw Mandy I immediately knew I had to turn her into the paper cutout figure. Bodie created something really clever and put creases into the drawing of Mandy the Monster. That way you could fold the drawing up and hide Mandy's fangs and Mandy's friend, Pinkie, who hangs out in Mandy's mouth. That special feature made me want to turn Bodie's monster into a paper cutout figure.

Congratulations to all of the winners!

Click below to download the Mandy the Monster paper cutout figure, and don't forget to download our other two monster toys, Frankenstein's Monster and the Loveland Frogman.