MAP: These Downtown streets will close this weekend for Taste of Cincinnati 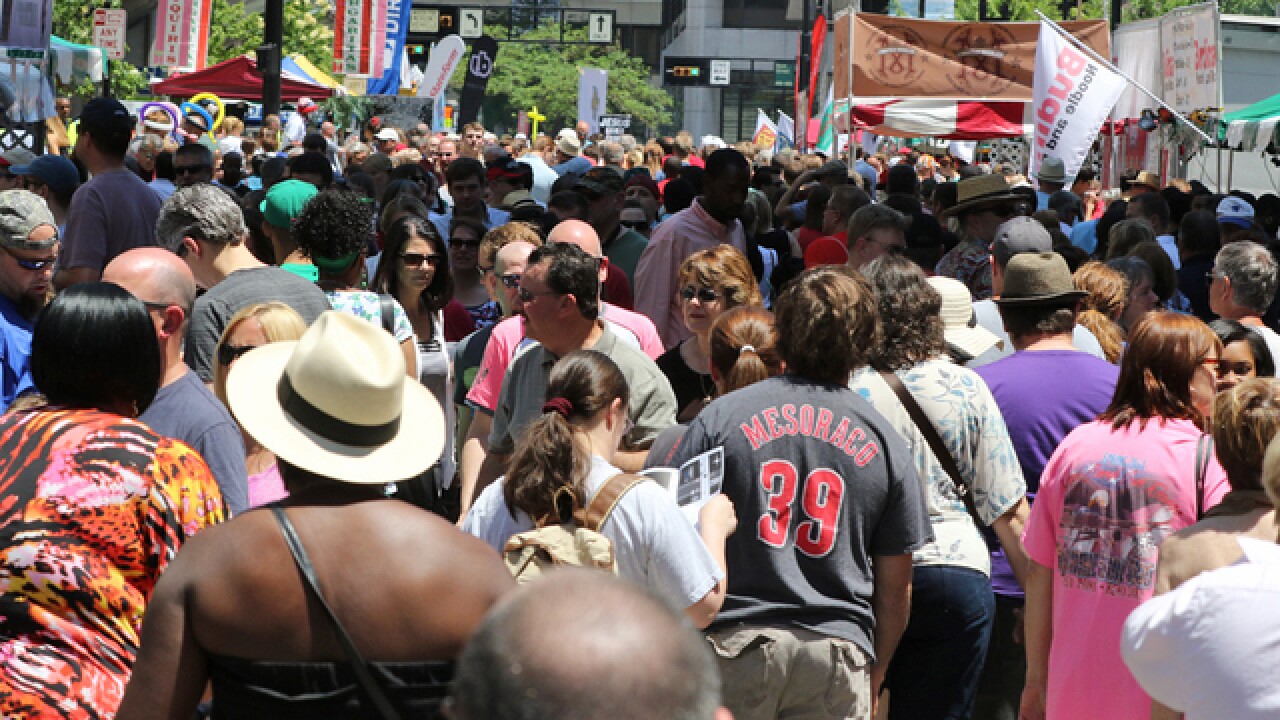 Gary Landers
<p>A jammed Fifth Street is photographed during the Taste of Cincinnati in downtown Cincinnati, Saturday, May 23, 2015.  </p>

This year’s food festival, which runs Saturday through Monday, goes from Main to Sentinel streets and continues onto the ramps of I-71 and Columbia Parkway. The Cincinnati USA Regional Chamber moved Taste of Cincinnati two blocks east to accommodate the streetcar, which runs along Walnut and Race streets.

What has not changed are the multiple road closures to accommodate the event. Street closings begin 6 p.m. Friday so vendors can set up. Taste of Cincinnati kicks off at 11 a.m. Saturday. Streets will reopen 5 a.m. Tuesday, May 30.

Here's a list of closures, as well as a map to help you plan your route:

Officials will maintain access to parking garages on these blocks. There will also be marked detours to northbound I-71 and southbound I-471.

To display the list of streets on the map, click the arrow/box in the top left corner. To zoom, use the +/- buttons in the bottom right corner.