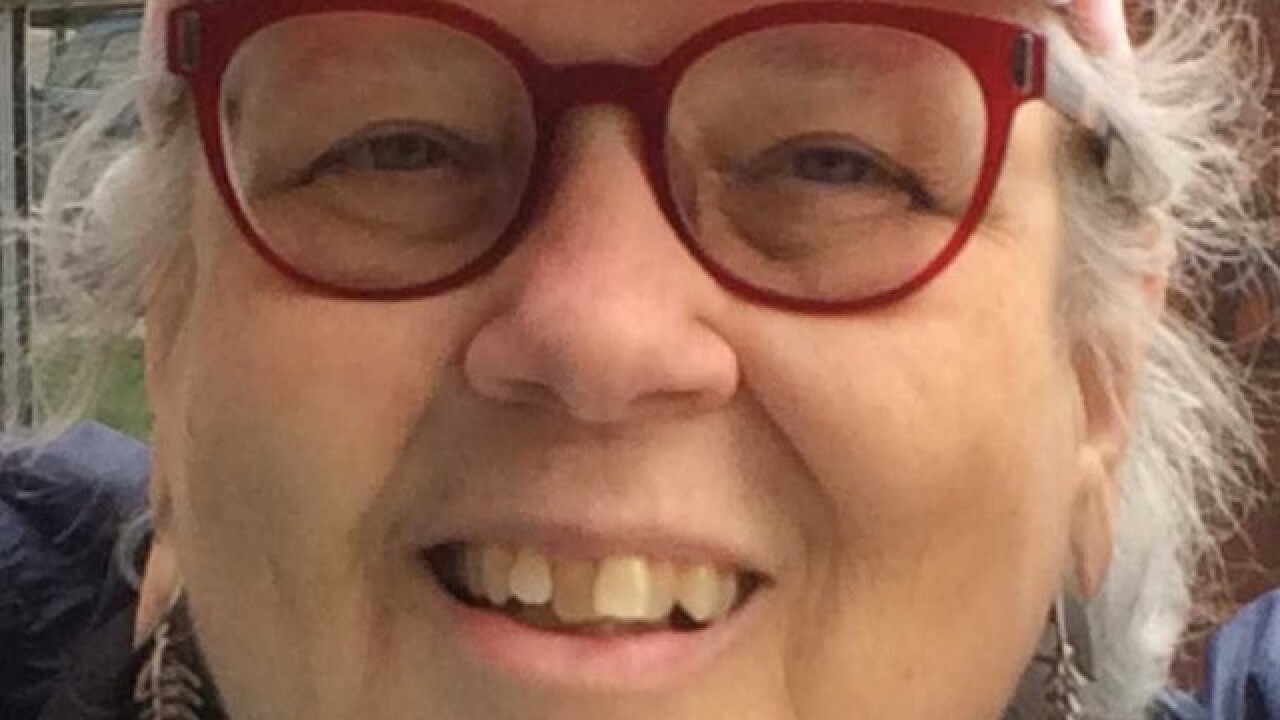 Jackie Demaline vividly remembered what she felt about the first stage production she ever saw, Sigmund Romberg's operetta "The Student Prince."

"It was too, too operetta-y for me," she recalled a few days before her death Sunday, June 17 at St. Elizabeth Hospice in Edgewood at the end of a four-year struggle with cancer. She was 68.

Her friend Karen Chambers wrote in her note informing friends about Demaline's passing, "Whenever anyone at Hospice asked if I needed anything, I always said, 'A miracle.' And, maybe, that miracle was just the opportunity to know such a remarkable woman."

Demaline lived in Covington after several years in Clifton. She arrived in 1994 when she joined The Cincinnati Enquirer as theater critic and arts reporter. Before she was laid off in 2013, she won an Ohio Society of Professional Journalists award as best arts reporter, and a Governor's Award for the Arts from the Ohio Arts Council for a year-long series, "Arts & Community."

She previously had worked for the Albany (New York) Times Union and Savannah (Georgia) News Press.

Born in Cleveland to theater-loving parents who made regular family outings to summer stock shows, Demaline's abiding love for stagecraft first came alive when she saw "The Music Man."

"That music, the character of Harold Hill, the songs, it was just magical," she said. "I was done for."

After high school, Demaline earned a bachelor's degree in American Studies from Baldwin-Wallace College in Berea, Ohio, and took master's level courses in Arts Administration at Cleveland State University. It was during her college years that she began to write about theater and edit arts coverage for student publications.

"This was when people in schools were doing things like (Bertold Brecht's) 'Caucasian Chalk Circle,' Avant-garde was everywhere," she said. "It really became an addiction."

During her years in Cincinnati, Demaline made a mission of championing and nurturing local theater talent. Among her final acts was creation of the Jackie Demaline Regional Collegiate Playwriting Competition ("PLAY/write!") for aspiring playwrights at local colleges. It will be hosted by Ensemble Theater Cincinnati and administered by the Greater Cincinnati Foundation.

Demaline was a woman of strong opinions and fierce loyalties. Her emphatic judgments were not universally welcomed, as with most critics, yet she held civility in high regard.

"Jackie was truly kind, in a business not always known for kind people, said veteran Cincinnati journalist Felix Winternitz, worked with Demaline in Savannah in the mid-1980s. "She had empathy for the downtrodden, but make no mistake, she never suffered fools gladly.

"Yes, she was a newspaper drama critic, which by nature, means she sometimes would offend a given theater's director or actor. But I don't think anybody in the Cincinnati arts world ever thought Jackie's heart wasn't in the right place," he said.

Music journalist and former colleague Janelle Gelfand said, "Even in the darkest days at the Enquirer, as layoffs occurred all around us and our department dwindled to a handful, she forged ahead, reassuring me that we were still making a difference. She could be provocative, sometimes daring me to challenge arts groups that, for instance, had sunken into 'safe' but uninteresting programming. In Jackie's book, if it was boring, it simply wasn't worth her time."

"I was honored to be included in Jackie's annual 'Soup' luncheon, with some of the brightest, most talented women in the city from all disciplines. She always led a lively discussion, punctuated by her bright laughter. Next year's 'Soup' will be missing that special ingredient."

Demaline was protective of her friends. Norma Jenckes, former University of Cincinnati English professor, remembered when she was having a hard time in post-surgical rehab and Demaline came to the rescue.

"Jackie arrived and …. within minutes, she knew the names and phone numbers of all the people in charge and insisted on seeing them. Suddenly people appeared in my room and things were attended to. I admit I am a bit of a pushover and I avoid confrontation. You know that Jackie thrives on it and she loves doing it for others."

Jenckes collaborated with Demaline and Barbara Stanley on launching "Theater of the Mind," a series of play readings. "We delighted in bringing to the attention of Cincinnati play lovers new and often exotic and international works that had never been produced in Cincy. So much fun at the Mercantile Library."

Among the many other friends she made in Cincinnati, one of her favorites was former Playhouse in the Park Producing Artistic Director Ed Stern.

"The irony is that at the beginning, I didn't like Jackie Demaline," Stern said. "Some of the reviews I thought were a little bit much. But in time I could see she always meant to be constructive.

"There is no question in my mind she breathed, loved, lived theater. And what was so important to her was that the community of theater be built up," he said. Citing the growth of Ensemble Theatre Cincinnati, Cincinnati Shakespeare Company and others over the past two decades, he said, "I think Jackie can take some credit for that, for creating an atmosphere of excitement and love for theater."

In 2004, the Playhouse won a Tony Award as best regional theater in the country. "I think she was as thrilled as we were," Stern said. "It took some people by surprise, but when we got it, omigod, she was on Cloud 9."

WVXU-FM media reporter John Kiesewetter worked side by side with Demaline for 19 years at the Enquirer. "Jackie was passionate about theater and the arts, and how a major city newspaper should cover them with the same commitment and scrutiny given to politics, city government or sports teams," he said. "She believed that the arts changed lives, and mattered to everyone.

Former Enquirer colleague Dave Caudill said, "Jackie was a wonderfully discerning and often tough theater critic, but she went out of her way to be fair. I'm sure some of that was empathy for everyone connected to local theater productions. She truly loved the theater and devoted countless hours of her own time to promoting interest in it."

"No matter how much I agreed or disagreed about her reviews of my work and others, I could see she really cared about theater in Cincinnati," he said. "She wanted it to be appreciated by a large audience and wanted it to be great."

Among projects Demaline initiated was a series of seminars with Playhouse in the Park on critical writing for high school students. She also spearheaded the Enquirer's Acclaim awards for local productions, produced weekly "Backstage" shows for WVXU-FM and appeared regularly on the station's "Around Cincinnati" feature. She initiated the Cincinnati Enquirer Cabaret Series to benefit the League of Cincinnati Theaters and and the Women's Art Salon series. She also volunteered her time to the Cappie Awards for high schools and Orchid Awards for community theaters.

She was a member of the American Theatre Critics Association and Leadership Cincinnati Class XX (1996-97).

She continued to work as a journalist after leaving the Enquirer, writing for Cincinnati Magazine, River City News and other outlets.

She was involved with a range of charities and public interest groups over the years, and served on the boards of the University of Cincinnati Friends of Women's Studies and Caracole. She worked with Big Sisters and volunteered as a literacy tutor, and, after leaving the newspaper, became active with Northern Kentucky Democrats.

Memorial donations may be made to The Greater Cincinnati Foundation, designated for the Jackie Demaline Fund, 200 West Fourth St. Cincinnati, OH 45202, https://www.gcfdn.org.

She left no immediate family. At Demaline's request, there will be no services.

Kiesewetter said, "It should be no surprise that Jackie doesn't want a stuffy memorial service. Instead she requested friends to throw an 'after party' in her honor. As I say this, I can hear her raucous laugh. We'll miss her."