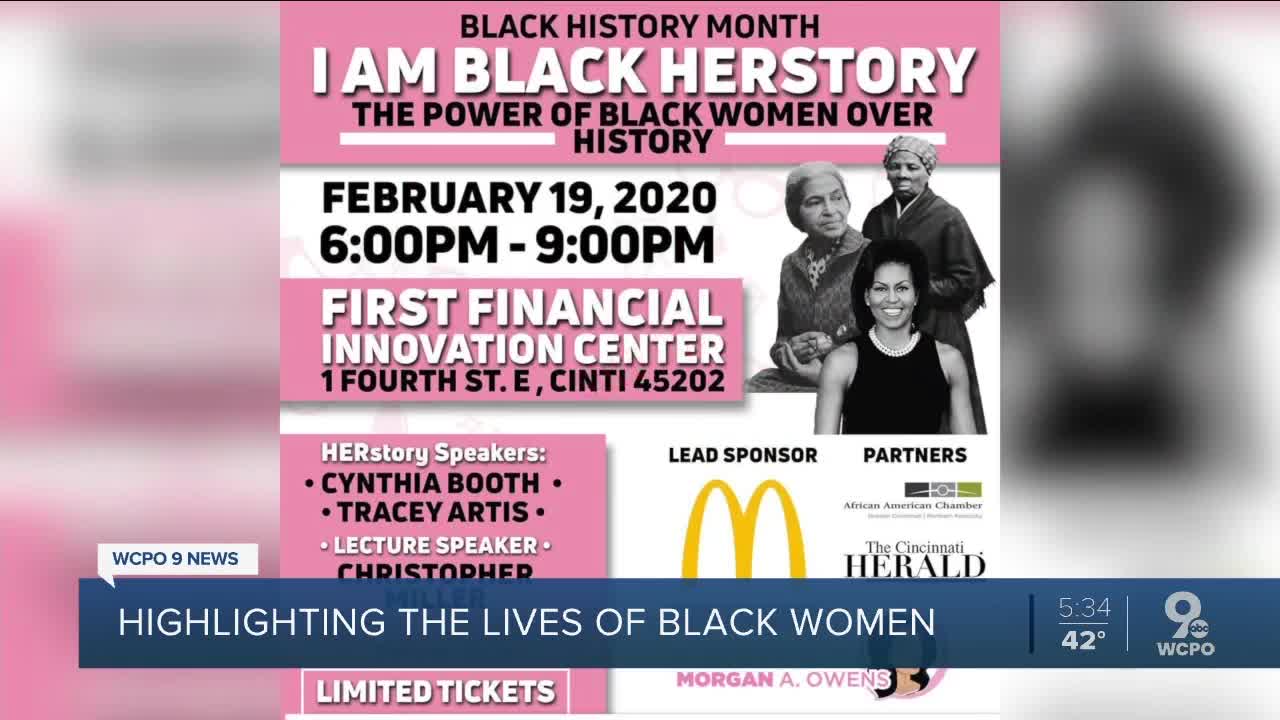 Morgan Owens is on a mission to empower young black women in Cincinnati; She's a local entrepreneur throwing an event Wednesday intended to shine a light on local, black, female entrepreneurs and leaders.

CINCINNATI — Morgan Owens is on a mission to empower young black women in Cincinnati. She's a local entrepreneur throwing an event Wednesday intended to shine a light on local black, female entrepreneurs and leaders.

"I'm all about girl boss and women's empowerment," said Owens.

The event features her mentors, Tracey Artis and Cynthia Booth, both of whom are entrepreneurs. Artis is the organizer of the annual Black Family Reunion event, while Booth is a prominent businesswoman who also operates several McDonald's locations in Cincinnati.

"We need to know where we came from, especially as minority women," said Owens. "We need to know the pains and struggles that these other women have just trail-blazed through so we can keep being inspired and moved."

Jourdan Ivory, with the Greater Cincinnati African-American Chamber of Commerce, said there is a strong cultural importance to knowing black women in history.

"Over history, we know a lot of different faces of what black women have done over history and what that looks like," said Ivory.

But Owens said just knowing the strong female icons of decades past isn't enough, which is where "I Am Herstory" comes in: The event is intended to also help connect members of the community with modern examples of strong, black, female leadership in Cincinnati today.

"We all know about Rosa Parks and Harriett Tubman, but there's other women in black history that are local," said Owens.

The event has already sold out more than once. Owens initially planned for the event to be open to up to 50 attendees, but after overwhelming interest, she reopened it and added more tickets multiple times.

"So what happened to only be a 50-person event that I planned has now turned into 200 people, which speaks volumes about this type of event," said Owens.

She said she refuses to turn anyone who wants to attend away, however, so folks who show up without a ticket will still be welcomed inside -- it just may be standing room only.