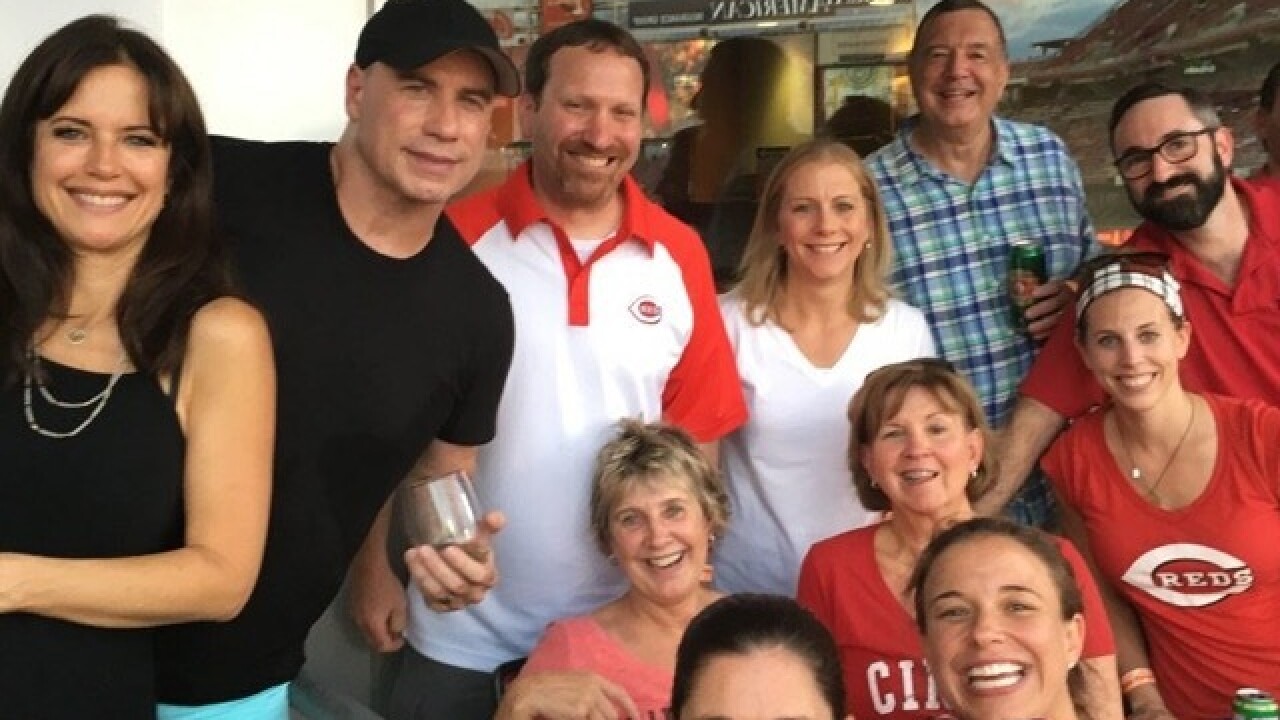 Sara Mathews
<p>Sara Mathews spotted John Travolta and wife Kelly Preston at a Cincinnati Reds game in July 2016. The couple was in Cincinnati to film biopic "The Life and Death of John Gotti."</p>

CINCINNATI -- Movie buffs will have to wait a little longer to see familiar sights from around the Tri-State on the silver screen.

John Travolta's Gotti biopic, which was filmed all around Greater Cincinnati this summer, has been sold back to its production company just 10 days before its scheduled Dec. 15 release.

Filming started in Finneytown on July 25 and wrapped up by the end of August.