'The Waylon Jennings of the punk rock scene' 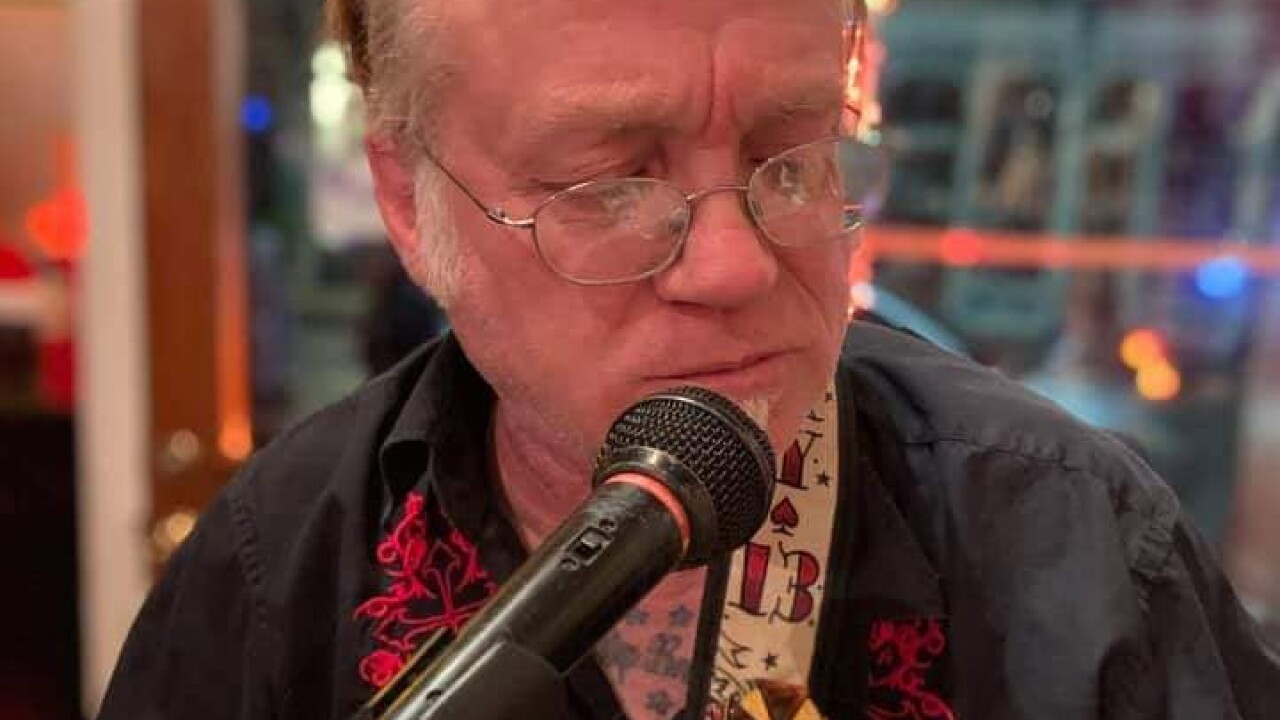 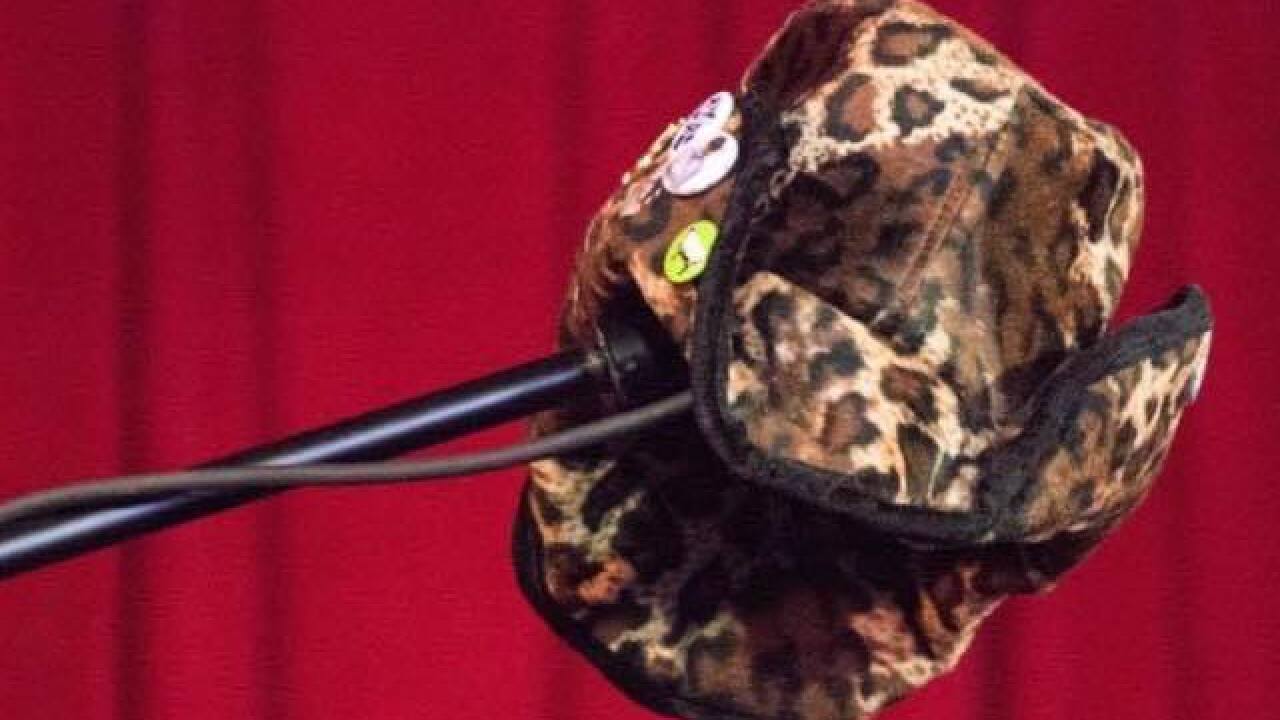 CINCINNATI — For four decades, Jerry Adams’ presence was felt from the stages of local clubs as he sang, guitar in hand and signature leopard-print cowboy hat atop his head.

His voice was also broadcast over regional radio airwaves, and he was a passionate supporter of efforts to celebrate the work of other musicians, as well.

However, that voice fell silent on June 21, when Adams died at age 60. He’s survived by his wife, Shawna, his mother, two sons and two grandchildren.

“Jerry was a lover of people,” Shawna Adams told WCPO. “He just loved every person you could imagine, poor to rich. He loved everybody, he really did. A man with the biggest heart that I’ve ever known.”

Adams saw himself as an outsider musician, with an affinity for “the people that really weren’t accepted in the mainstream,” she said, adding that Jerry saw himself as “the Waylon Jennings of the punk rock scene.”

Many knew Adams as leader of HoBilly, a local country-punk hybrid he created in 2000 with his wife. For the next 20 years, that band maintained a robust schedule, performing throughout the area with a shifting lineup and notable collaborators.

“We have been classified as ‘cowpunk,’” Adams wrote for the band’s biography, “but ... I personally feel ‘trash rock’ is the best description.”

That statement speaks to the humble, good-natured humor with which Adams dedicated his days.

“He was a French and literature major,” Shawna Adams said of her husband, who taught French in the 1980s at Campbell County High School. “A lot of people didn't know that about Jerry. He was a very humble person … about his education, and how smart he really was.

“He was also an Appalachian, and extremely proud of where he came from, West Virginia, that culture and heritage.”

Adams shined at entertaining local audiences. After moving to the Greater Cincinnati area in the early 1980s, he quickly found himself a cherished member of a burgeoning local music scene, performing as part of punk-psychedelic rock band Peppermint Subway at venues like Newport’s legendary Jockey Club.

“Jerry was a guy we were really lucky to have as a member of our extended family,” said Peter Aaron, who booked many of the bands in town during those years.

“At a time in our lives when many of us were ... sometimes putting on airs and giving others attitudes as we tried to figure out who we were, Jerry was oblivious to all of that bull----. Just a completely earnest, puppy dog-kind-of guy who shared your love of music and wanted to be your friend,” he added.

The supportive nature Adams was known for inadvertently had its own presence in the growing local music scene.

“Whether many scenesters know it or not, their lives were literally touched by Jerry,” Aaron said, noting that Adams made the rubber admission stamps used by clubs of that era, such as the Jockey Club, the Top Hat, Murphy’s Pub and Shorty’s Underground. Those stamp designs live on in Jockey Club T-shirts and fliers.

“The hand-stamp ink may be long washed away, but, happily, that mark will always be still there. Jerry had a lot to do with making those great days so great, (and) has left his own mark as well.”

That was around the time Adams also hosted Kindred Sanction, a radio program, with Cynthia Dye Wimmers on community-supported WAIF-FM, broadcasting fringe and not-ready-for-prime-time artists.

“Jerry always represented and championed all kinds of local music, no matter what genre, no matter whether it would be considered hip or not,” Patt said. “That’s one thing I really dug about Jerry. He wasn’t exclusive in what he played. If you sent him a tape or whatever, he’d get it on the air. He just wanted people to hear what was going on musically in Cincinnati and the surrounding area.”

Spreading the good word from a broadcaster’s booth wasn’t his only stint propping up fellow artists from behind the scenes.

In the late ’80s and early ’90s, Adams managed independent label Porkopolis Records, which shared and released music by notorious local acts like Snare and The Idiots.

“Jerry was very eclectic and open to all forms of creativity,” said Steve Gatch, who performed with Adams in the bands Lost Bohemia and The Real Americans. “I think his goal (with Porkopolis Records) was to present as much of the creativity and diversity Cincinnati musicians had to offer.”

Gatch added that Adams would frequently write with an eye for social justice issues at the time, “largely questioning the ethics of our society and racism,” he said. “Jerry was a very good-hearted person and respected everyone. Porkopolis reflected that.”

In the modern era, HoBilly became more than a musical project — it was part of Adams’ identity.

Drummer Stan Byrd said he is proud to have had a friendship that allowed him to know Adams on a deeper level than most.

“I saw a side of Jerry that I don't know he revealed to many,” he said. “I knew the spiritual side of Jerry. He was a man of great faith. Always willing to help. He was a great friend.”

“Although I only knew Jerry a few years, he loved me like a brother. He really allowed me to cultivate passion for performance,” he said.

Baker, who was once a high school student of Adams, recalled one of the band’s more memorable recent gigs: “Jerry knew so many people and seemed to be cousins with a third of them,” he said. “One cousin invited us last fall to play at a biker club in Columbus … the stage was small, the sound system terrible, the air smokey and green. It was one of the best gigs we played.”

In recent weeks, Adams had shown no signs of slowing down; his band had rehearsed just days prior to his unexpected passing.

“What a very soulful person Jerry was, a character in the truest sense of the word, “ said close friend and musical colleague Ricky Nye. “Jerry's passing has left myself and many others blindsided, leaving us way too soon, but his spirit is still here.”

“He was the kindest person I ever knew,” Shawna added. “A great father, and the proudest grandfather in the world. Everybody knew him, and everybody loved him.”

A service for Jerry Adams was held on Monday at Don Catchen & Sons Funeral Home in Elsmere.