'Inconceivable:' Here's what we know about the movie 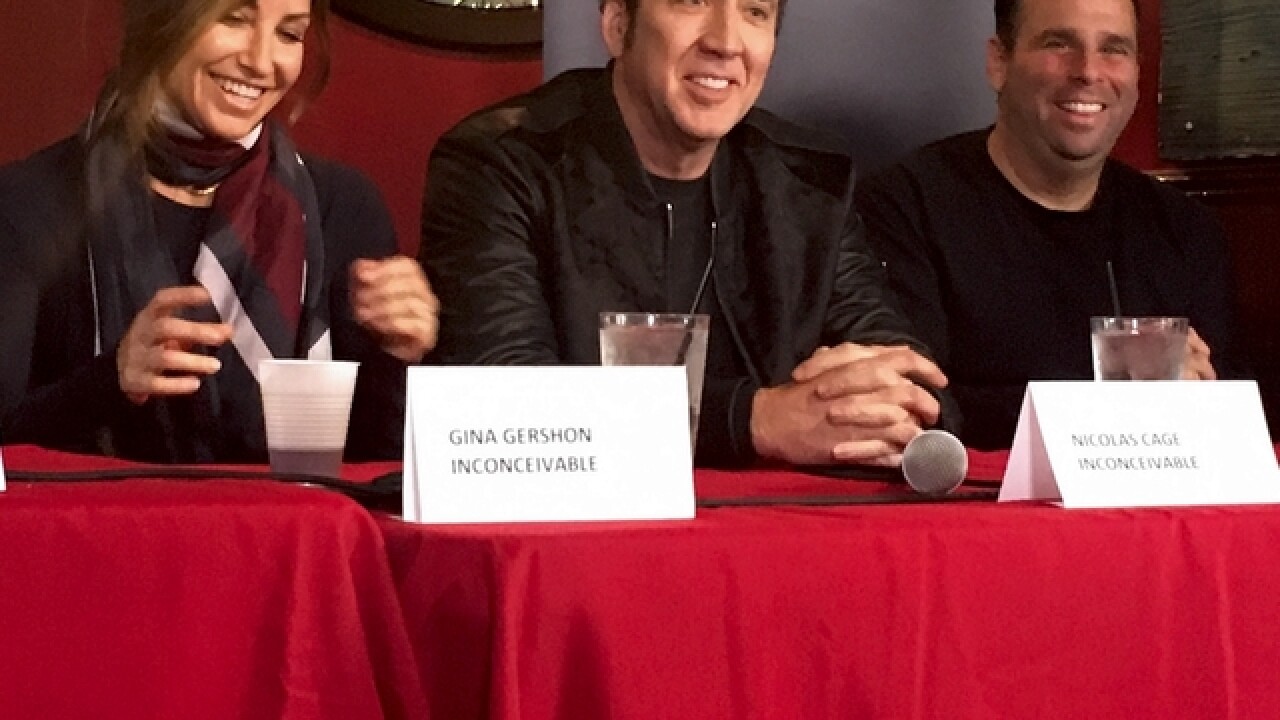 <p>Gena Gershon and Nicolas Cage answer questions about filming "Inconceivable" together in Cincinnati.</p> 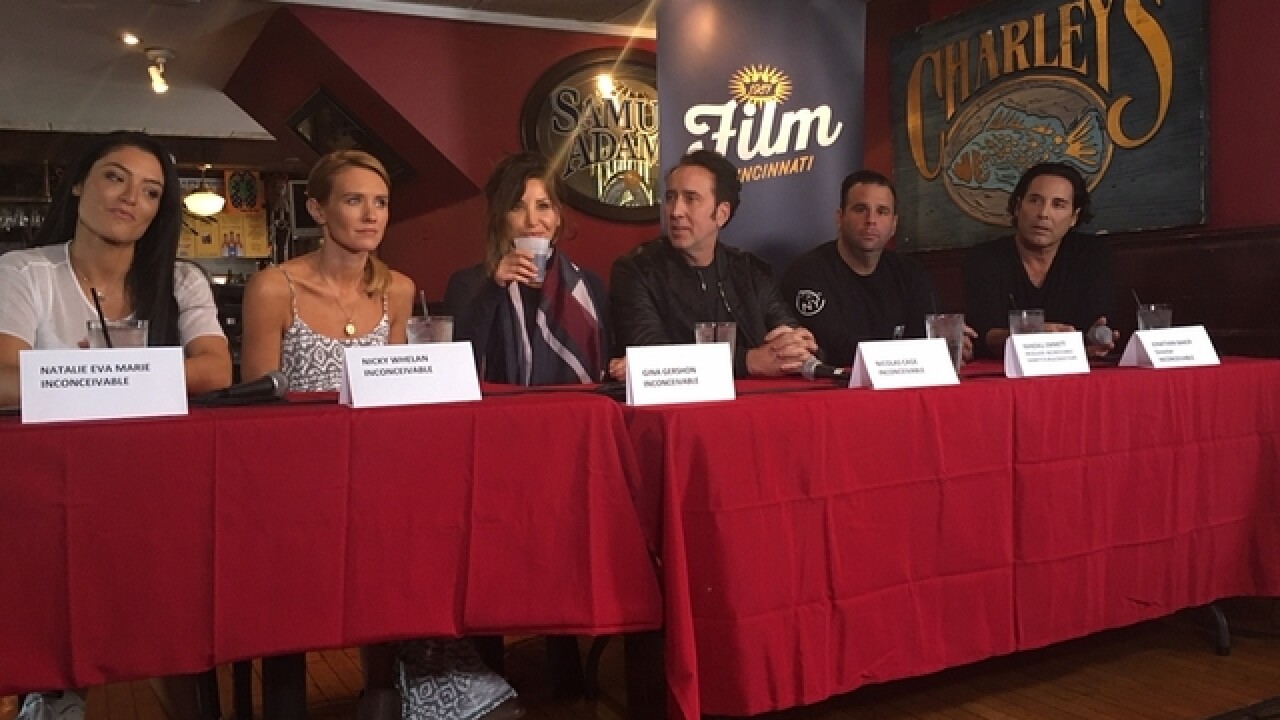 The film's plot centers on a woman whose desire to have a baby brings tragic consequences when she befriends an unstable stranger.

Here are four more things we learned from the news conference about "Inconceivable," which began filming in Cincinnati on Monday.

It's set in Cincinnati. Director Baker said the original script set the movie in the Hamptons in New York.

"When I saw what the city of Cincinnati offered, I completely changed the script so that it would embody this city," Baker said. "The locations were just phenomenal."

Cast and crew spent their first day of filming at Christ Hospital's Spine Institute, Baker said, adding that they will return there two or three more times.

It's a movie reunion. It will be the first time Gershon and Cage have appeared on screen together since the 1997 action film "Face/Off."

"I know I am working with an extremely high-level, high-power actress," Cage said of Gershon.

"I've always thought Nick was an incredible actor," Gershon replied. "I was amazed when I heard you were doing this [film]. I was saying to Nick we are so much more mature than we were in 'Face/Off.'"

It's return business. This is the third movie shot by production company Emmett/Furla Films/Oasis Films in Cincinnati. The company also has shot two other films in other areas of Ohio.

During the news conference, producer Emmett said his company hopes to shoot three more movies in the region during the first quarter of 2017.

It's also a movie debut. This is the first starring role for Natalie Eva Marie, better known as simply Eva Marie for her World Wrestling Entertainment (WWE) work.

Marie said she looked to fellow WWE-star-turned-actor Dwayne "the Rock" Johnson for guidance in transitioning to the big screen.

"I just hoped for the best and ended up sitting up here with these guys," Marie said.

Watch a replay of the news conference below. (It gets underway around the 14-minute mark.)

Faye Dunaway, best known for her roles in "Bonnie and Clyde" and "Network," also stars in the film. Also, Steven C. Miller, who directed "Marauders" here in 2015, is acting as a consultant for "Inconceivable."