In downtown Wyoming, you might soon be able to order those alcoholic drinks to go 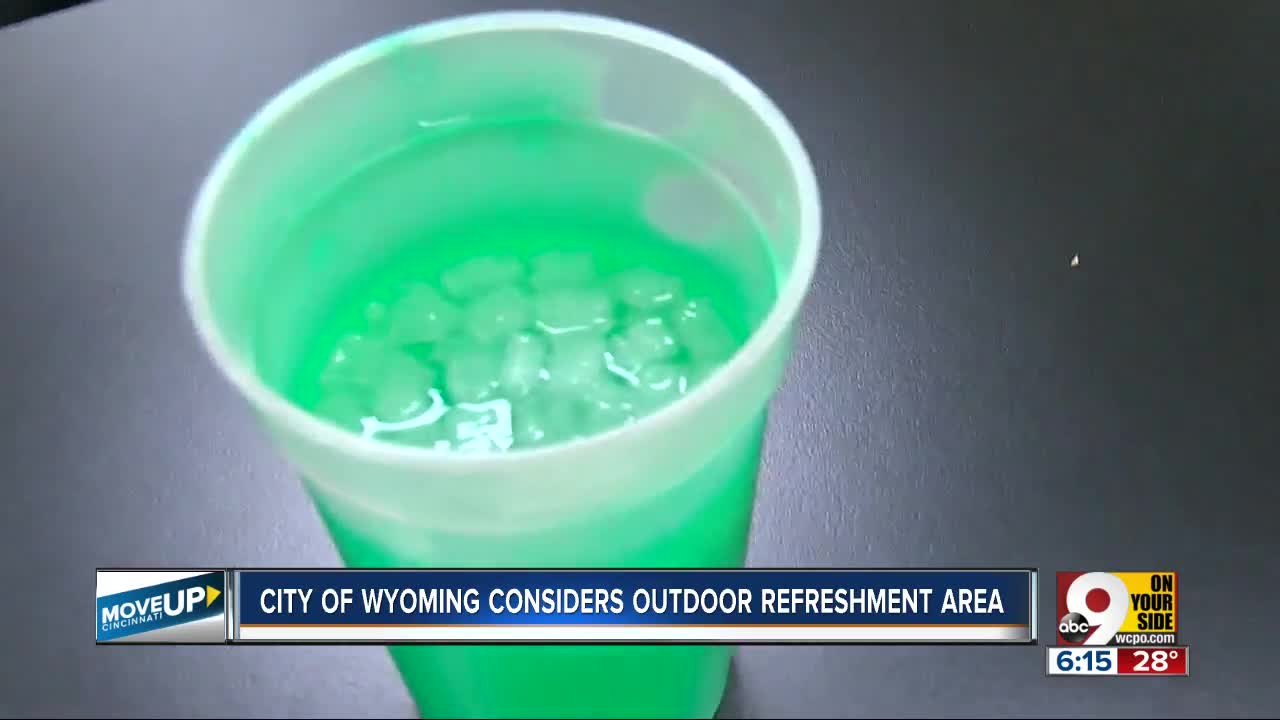 Wyoming patrons buying alcoholic drinks from seven establishments in the city's downtown area soon could get those beverages to go if Wyoming's council creates a new DORA zone. 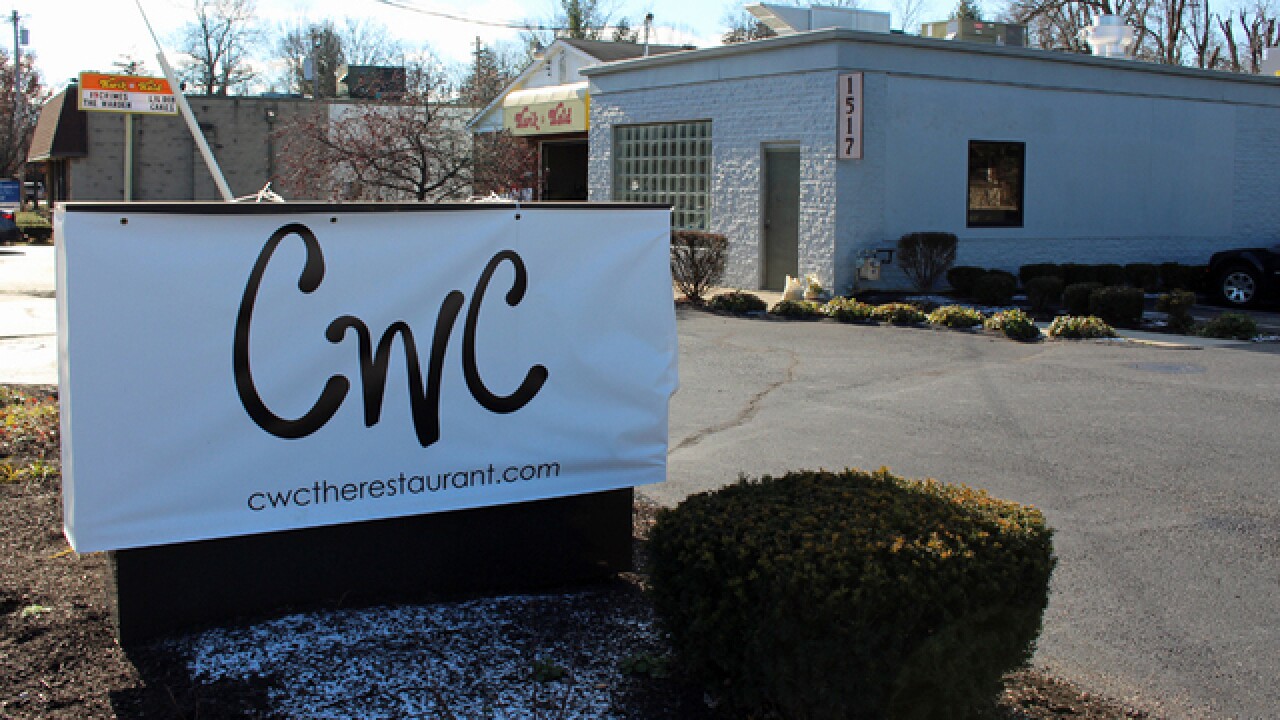 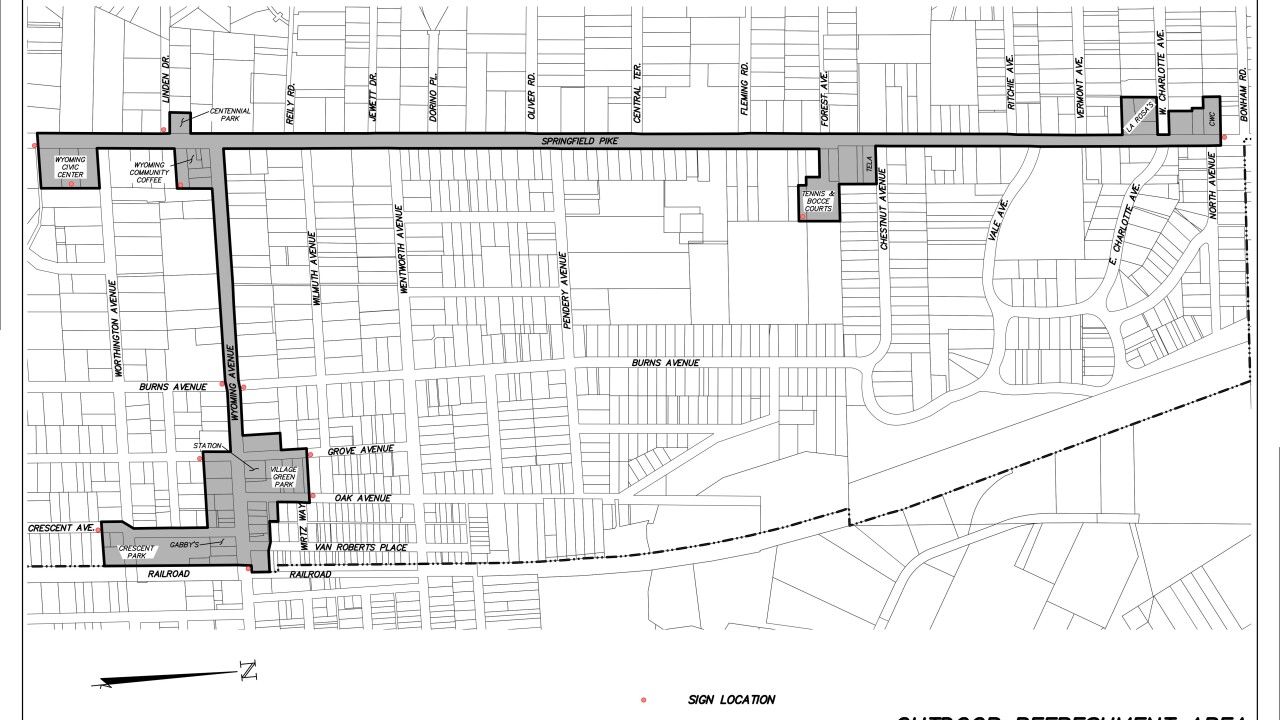 WYOMING, Ohio — Patrons buying alcoholic drinks from seven establishments in the city of Wyoming soon may be able to get those beverages to go.

Officials in the Cincinnati suburb are considering a DORA, or a Designated Outdoor Refreshment Area, in the name of economic development. That would give visitors to eateries such as Tela, Station Family + BBQ and CWC the Restaurant the ability to buy and carry alcohol outside.

Mason, Milford, Hamilton and Loveland already have approved similar measures since the state approved an exemption to the open-container law in 2017. Wyoming would be the smallest – and first municipality solely in Hamilton County – to take part.

The DORA could be a big boost to the local restaurant scene, said Lynn Tetley, Wyoming city manager.

“It’s sort of a novelty. It would (make us) somewhat of a destination,” she said. “We’re trying to demonstrate Wyoming as this neat place to come and stay for the night. This is something they (the restaurants) are very excited about, and they have been part of the discussion from the get-go. Financially, to them, they view this as a possible game changer for their bottom line.”

The measure still needs council and state approval, but a public hearing this month will kick-start that process. Because of its size, Wyoming can have only one DORA, Tetley said, and it must be contiguous. So the zone, as proposed, includes a roughly 30-acre stretch largely along Springfield Pike and Wyoming Avenue.

Alcohol would be poured into a designated, plastic reusable cup, and patrons ages 21 and over could walk within the zone with the beverage. The cup is still in its final design, but Tetley said its purchase price would be nominal, around $1. Once a DORA beverage has left a restaurant, it must be consumed before entering another restaurant or leaving the DORA.

No outside cans, glass bottles or other alcoholic beverages would be allowed within the DORA boundaries. Each patron purchasing a DORA cup for the first time would receive a card with a map and the DORA rules. Restaurants also would have large laminated maps on hand, and signage would be posted in egress areas.

Wyoming’s DORA would run daily from 10 a.m. to midnight, mirroring the hours of operation of those aforementioned businesses, the city said.

“Right now, you can buy a glass of wine at the coffee shop, but you can’t sit outside (with it),” Tetley said. “I see people buying a drink and sitting with their kids at the Village Green (park) while their kids eat ice cream. I see parents maybe getting a mimosa at Gabby’s and watching their kids play soccer. I imagine Tela having Friday night tailgate parties in their parking lot.”

The DORA also would aid during special events, Tetley said, like the inaugural Fire Up the Pike food and music festival, held in September, and the Wyoming World Food + Music Festival, also new in 2019.

Programming is a huge part of Station’s business plan, said co-owner Kelly Trush. The restaurant opened last December in the middle of the town’s historic downtown area and routinely hosts events and live music outdoors. The DORA could only increase traffic, she said.

“Putting in the DORA would enable – and inspire – visitors from all over the city to enjoy a bottle of wine with their picnic basket full of Station BBQ … or linger by the shops while they wait for their to-go order. Or stay a little longer when live music is happening," Trush said. "We are all in on the proposed DORA.”

Wyoming’s City Council will hold a public hearing at 7:30 p.m. Monday, Nov. 18, to gather feedback, and a council vote is scheduled for Dec. 16.

If approved, Tetley said, the DORA could be up and running by February.