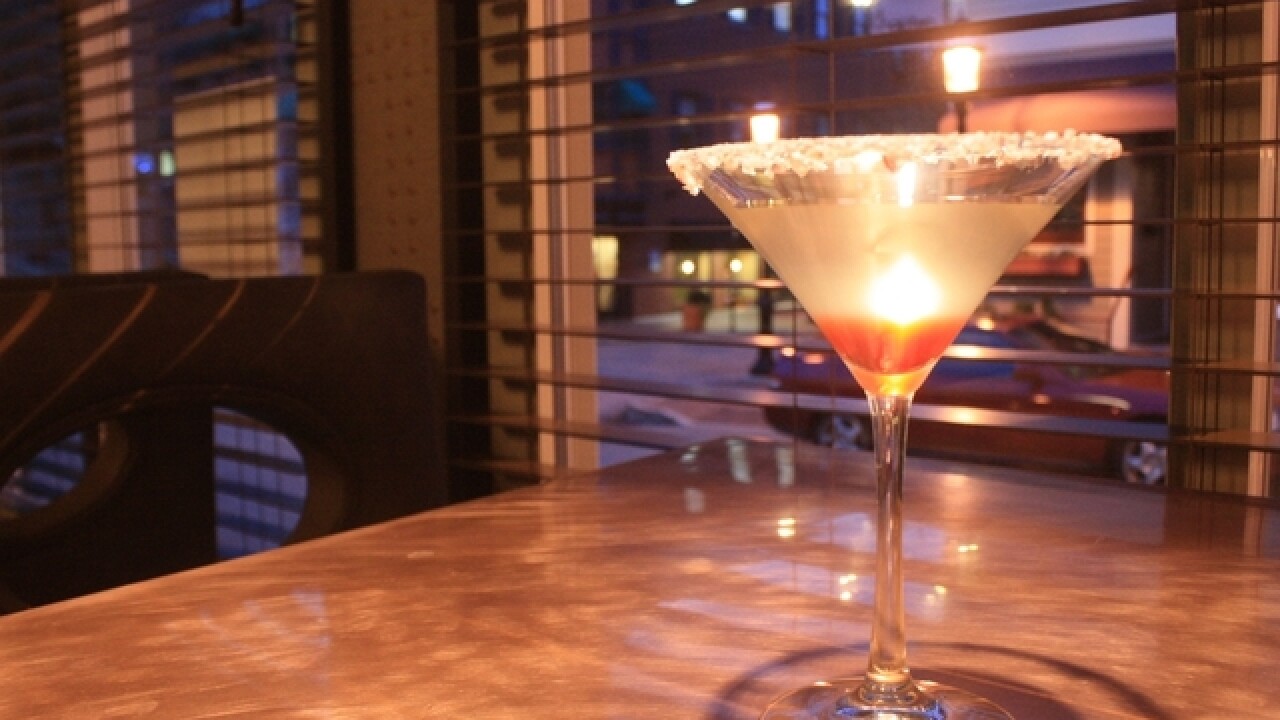 Copyright 2017 Scripps Media, Inc. All rights reserved. This material may not be published, broadcast, rewritten, or redistributed.
Brian Mains | WCPO
<p>The Hightail is the newest bar to open in Mount Adams. The bar's owners, Four Entertainment Group (4EG), set an ambitious grand opening date of Wednesday, Nov. 22. The night before Thanksgiving tends to be one of the busiest bar nights of the year. The seasonal Tex Tini is made with Tito's Handmade Vodka. Hightail is located at 941 Pavilion St.</p>

CINCINNATI – When Hightail Mount Adams opens at 6 p.m. Wednesday, it will bring a casual vibe to the neighborhood, according to the bar's general manager.

"We're looking for more of a dive bar with flair," Holli Gerding said.

Gerding said Hightail, with its light wood and copper table tops, can comfortably seat between 100 and 120 people.

The bar offers seven specialty cocktails. Those cocktails include names that reflect Hightail's location, such as the Hillside Mule made with Old Forester Bourbon, sage simple syrup, lime juice, blackberries and Gosling's Ginger Beer. There are also eight local craft beers on tap and more than 50 other beers for sale in bottles and cans, Gerding added.

RELATED: Here's where to party this Thanksgiving eve

"We want this place to be a regular place for neighbors to spend time in," Gerding said.

As far as holding its grand opening the night before Thanksgiving, which is traditionally one of the busiest bar nights fo the year, Gerding said her staff is ready.

"I'm sure it might be a little crazy, but we look forward to serving the neighborhood," she said.