Here are 9 exciting new restaurants to sample in 2018 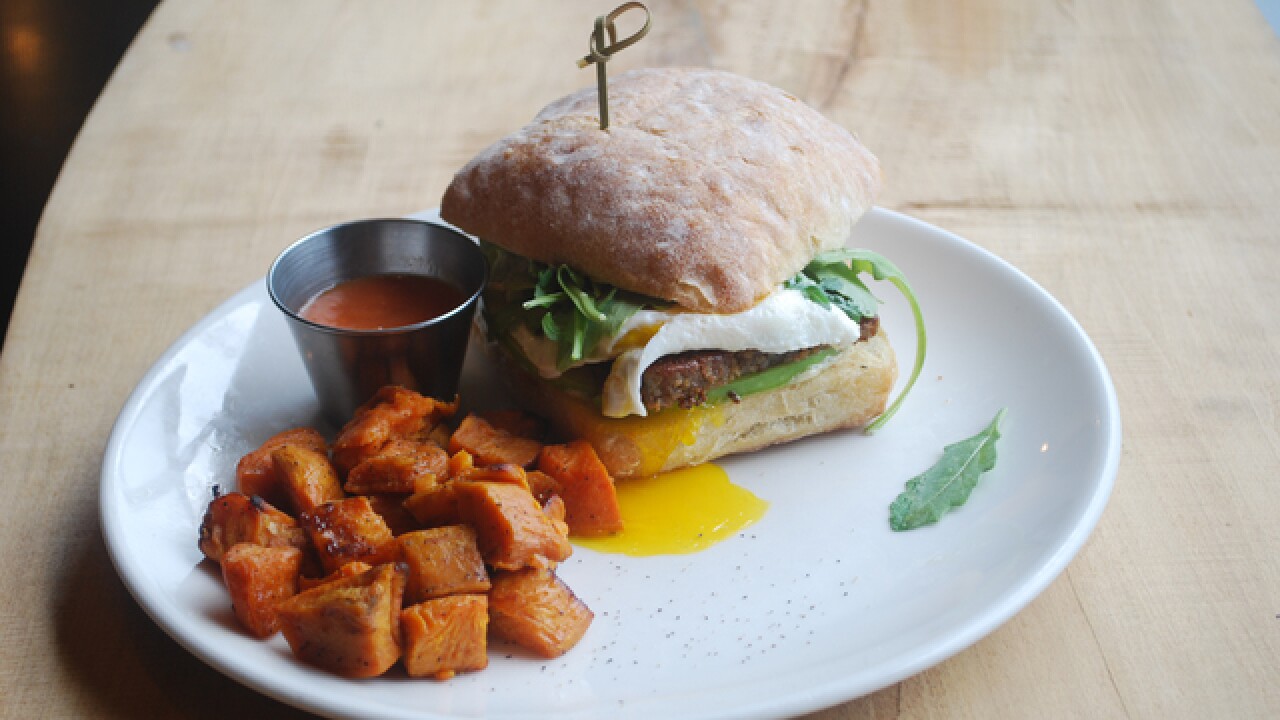 Copyright 2017 Scripps Media, Inc. All rights reserved. This material may not be published, broadcast, rewritten, or redistributed.
Provided
<p>Sleepy Bee Cafe's downtown location is projected to open in the first quarter of 2018. (Photo provided by Alexis Victor)</p>

CINCINNATI -- Just when you thought the dining scene couldn't get any hotter, a host of exciting new restaurants are poised to open in Greater Cincinnati in the coming year.

So put on your bib, pull up a chair and savor these nine upcoming restaurants that might just break the deliciousness meter.

Harada will source locally, including pork from Queen City Livestock Co. for his pork belly ramen. He will make food from scratch -- even the ramen noodles. Kiki will be open for dinner with late bar hours and will add sushi brunch on Sundays sometime after its initial opening.

Mason will get a taste of urban dining when Clyborne opens in spring. Urban in decor but framed in a turn-of-the-century, Victorian post-industrial look, Clyborne will offer fresh, seasonal and made-from-scratch food. Owner Scott Schmidt said he has added three new chefs to the team, signaling the full force behind the chef-driven food. Expect versatile New American fare that includes steak, seafood and pasta. Clyborne will have a spacious bar with a full wine list, craft cocktails and 12 tap handles with rotating beers. On Sunday evenings, Clyborne will offer a fixed-price family-style dinner. 5948 Snider Road, Mason.

With a breathtaking resume like Jeremy Lieb's, it's no wonder the dining community is hungry for his yet-to-be-named restaurant. This former Boca chef has worked in prestigious restaurants, including Daniel in New York City; Le Cirque in Las Vegas; and even La Cote d'Or, the former 3-Michelin star restaurant in France. His wife, Bridget, is a Culinary Institute of America graduate who earned her chops at high-profile restaurants in New York and Las Vegas. This husband-and-wife dream team will open a modern diner that offers "simple food taken seriously." The food will be technique driven, turning simple foods like an omelet and matzo ball soup into spectacular gold standards as only the Liebs can. The restaurant is projected to open in time for Reds Opening Day. 1437 Vine St., Over-the-Rhine

The "bird squad" has taken over what used to be Happy Belly on Vine. Thunderdome Restaurant Group, the company behind the Eagle, is extending the fried chicken concept to Citybird Tenders, which is next door. While the main course is similar, Citybird will be a counter-service joint that offers carry-out only. Along with fried chicken tenders, the short menu will offer salad, a few tender-based sandwiches and four made-from-scratch dipping sauces: 4-chili green sauce (hot), honey Dijon (using local honey), ranch and "Citybird" -- the signature house sauce. The new space also will extend Thunderdome's catering capability. Beverages will be non-alcoholic, including canned soda and fruit-infused water. Citybird is projected to open in mid-January. 1344 Vine St., Over-the-Rhine

Sleepy Bee fans have been abuzz about the Downtown location since its announcement more than two years ago. The latest location is projected to open in the first quarter, with the bar opening ahead of the restaurant. To cater to Downtown workers, there will be two lines: an express coffee and to-go food line, and a seating line. Time-strapped customers can pick up ready-made salads and sandwiches in the express line. As with the other locations, the Downtown location will have its own signature item: the CBD Bowl. The name refers to the Central Business District, and the bowl will hold the makings of a full meal, such as chicken sausage, power greens (kale, spinach) and scrambled eggs. 8 E. Fourth St., Downtown

Pendleton's new barbecue-central Lucius Q will serve tasty smoked meats with a generous side of music and community. Barbecue offerings will run the gamut from Carolina pulled pork to Memphis-style ribs. Southern-inspired side dishes also will join the lineup, including collard greens, baked beans and "waffle-ized" mac and cheese. There will be vegetarian options such as smoked tofu, too. The food will be served cafeteria-style, sans servers. Lucius Q will have a full bar, with an emphasis on canned beer and bourbon. The joint will, just as importantly, serve as a music venue for the community to gather around. Lucius Q is projected to open in February. 1131 Broadway St., Pendleton

Josh Wamsley, world traveler and owner of Mazunte in Madisonville, plans to open Mazunte Centro downtown. Wamsley said the idea came to him while he was sitting on a concrete block in the streets of Morelia, in Michoacan, Mexico. Not surprisingly, the menu will focus on street food, with items such as tacos, tostadas, tortas and tlayuda -- oversized tortillas that resemble pizza. Mazunte Centro also will offer al pastor -- thin shavings of roasted meat off a vertical spit -- along with lengua (tongue). The eatery will offer counter service with an emphasis on expediency for the Downtown working crowd.  Mazunte Centro is projected to open in summer or fall 2018. 611 Main St., Downtown

Louisville-based LouVino will bring "adventurous small plates with a Southern twist" and a wine list of more than 60 wines to Over-the-Rhine. The menu will include rotating seasonal fare to capture the best of locally grown foods. The full-service restaurant will roll out its "boozy brunch" with $2 mimosas sometime after its initial opening. Look for brunch items such as croissant BLT, pancake tacos and biscuits 'n' goetta gravy. Construction is expected to begin around mid-February with a projected June opening. 1142 Main St., Over-the-Rhine

Fresh off his Food Network appearance on "Guy's Big Project," Christian Gill will now propel into his next venture. Gill and his business partner, P.J. Neumann, will open Boomtown Biscuits & Whiskey in the Pendleton neighborhood. The restaurant pays homage to the gold prospectors of the mid-1800s, emphasizing comfort food, community, biscuits and whiskey. Gill told WCPO he used to dig into biscuits and gravy at his grandparents' house, and he plans to re-create Boomtown's sausage gravy in his grandmother's tradition: laden with meat and aromatics like garlic, onion and sage. Boomtown is expected to open in mid-February. 1201 Broadway, Pendleton