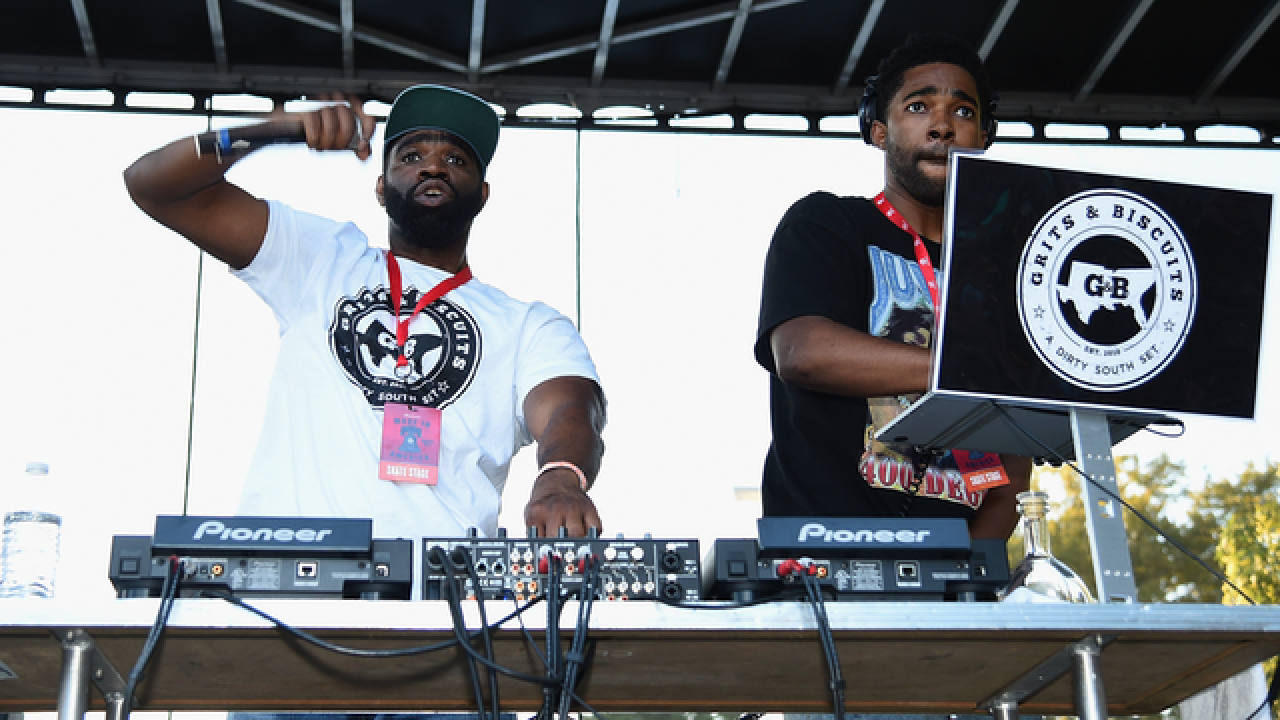 Image copyright 2017 Getty Images. All rights reserved. This material may not be published, broadcast, rewritten, or redistributed.
Dimitrios Kambouris/Getty Images for Anheuser-Busch
<p>Entertainers Alzo Slade (L) and Maurice Slade of Grits and Biscuits perform on stage during 2015 Budweiser Made in America festival at Benjamin Franklin Parkway on September 6, 2015 in Philadelphia, Pennsylvania.</p>

CINCINNATI – To the uninitiated, Grits & Biscuits may sound like the name of a new restaurant.

Sorry, but you're not even close.

Grits & Biscuits is a nationally touring party that "celebrates the Southern experience through urban music, cultural connections and nightlife moves in a down-home environment," according to its website -- and it's making its Cincinnati debut.

The Facebook event page for "Grits & Biscuits: A Dirty South Set Cincinnati Edition" recommends Cincinnati people "wear your sneakers, jeans, booty shorts and put your hair up ... oh ... and don't forget to stretch." Expect the party's soundtrack to include hits by Southern hip-hop stars such as UGK, Future, Three Six Mafia and Migos, among others.

Brooklyn-based entertainment company E.Z.Mo Breezy hosted its first Grits & Biscuits party in New York in 2010 to fill a void in Southern hip-hop music being played there, according to a 2017 rollingout.com interview with company co-founders Alzo and Maurice Slade. The company has since hosted sold-out Grits & Biscuits parties in cities such as Charlotte, Washington, D.C., Los Angeles, New Orleans and Houston.

E.Z.Mo Breezy describes the parties as events where professionals "have a safe space to get loose and shake some."

Now you know -- so be prepared to act accordingly.