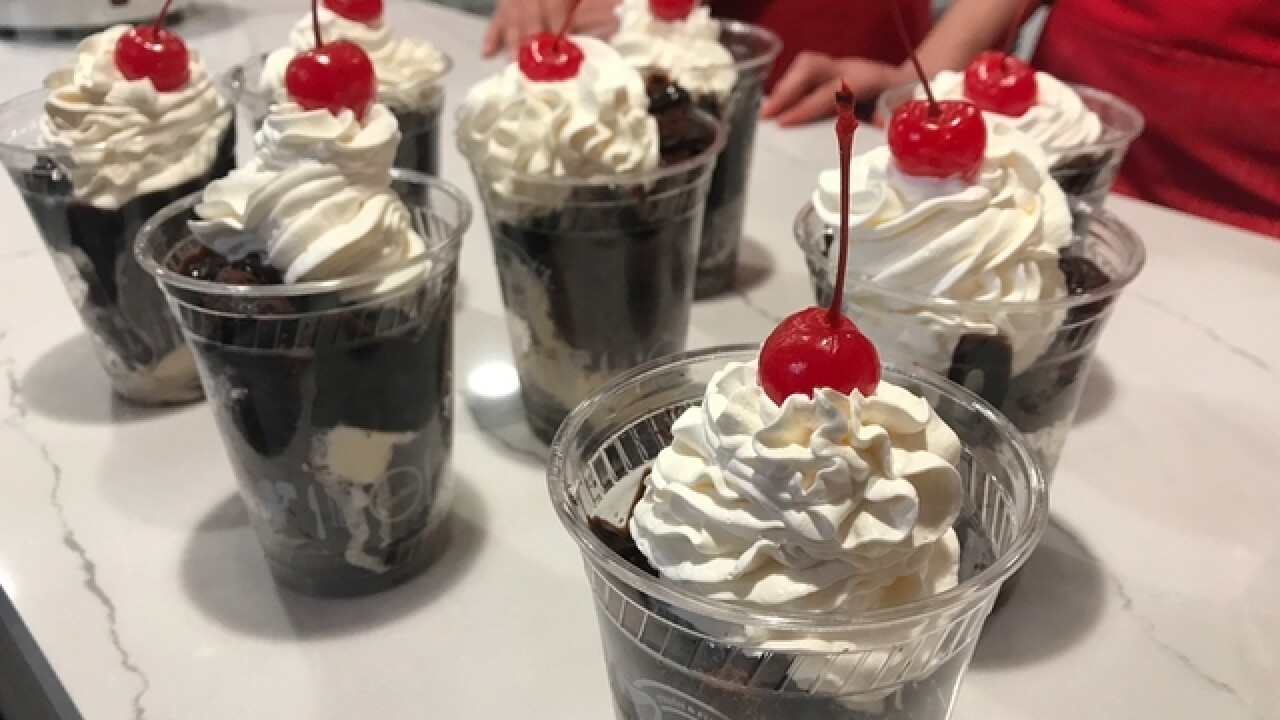 CINCINNATI – Spending a day at Great American Ball Park is going to get a lot tastier this year.

The Reds held a tasting of the new food in the ballpark's Scouts Club. While ballpark staff always cooks up something new, this year's offerings came with a heaping side of love for classic Queen City fare.

Here are my top picks of new food offerings to try when baseball season begins Friday.

While it's true you can get Frisch's hot fudge cake anywhere, I made a beeline straight to this classic diner dessert at the tasting. This year, Frisch's will serve the chocolate cake and vanilla ice cream treat topped with whipped cream and a cherry in a cup. Find Frisch's in sections 118 and 129 of the ballpark.

The goetta fry box was so good I had to sample it twice. This new fry box offering is served with your choice of french fries or tater tots topped with goetta gravy, bacon, shredded cheese and green onions. You can find it and other fry boxes in sections 109, 139 and 434.

Mr. Red's Smokehouse, presented by Montgomery Inn, will serve a "triple play" consisting of a smoked turkey wing, pork wing and whole chicken wing. The triple play will be available only at the Smokehouse.

This hamburger is layered in classic Cincinnati food fare. The burger is topped with American cheese, bacon, green onions, fried shallots and German potato salad and is served on a Servatii's pretzel bun. The DAS burger will be available at the Scouts Club.

This one isn't so much a Cincinnati foodstuff as much as it's a child's dream come true. (Or maybe it's the dream of an adult with a killer sweet tooth.) The treat's name pretty much says it all, too: It's soft-serve ice cream, wrapped in cotton candy, topped with sprinkles and served in a waffle cone. This treat will be available in section 131 and the Scouts Club.