She was just waiting for him to hang up his cleats 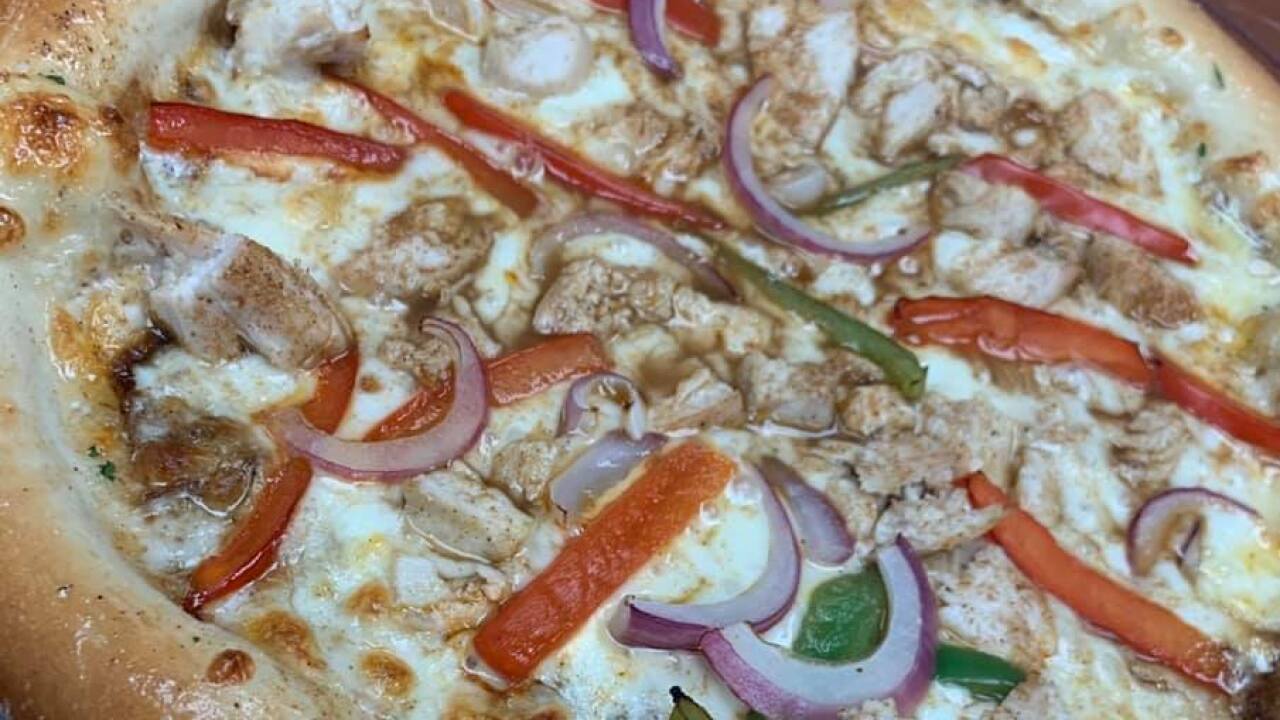 Provided
“The Kicker” at EndZone Pizza is a jerk chicken pizza with jerk sauce, grilled chicken, bell peppers and onion. 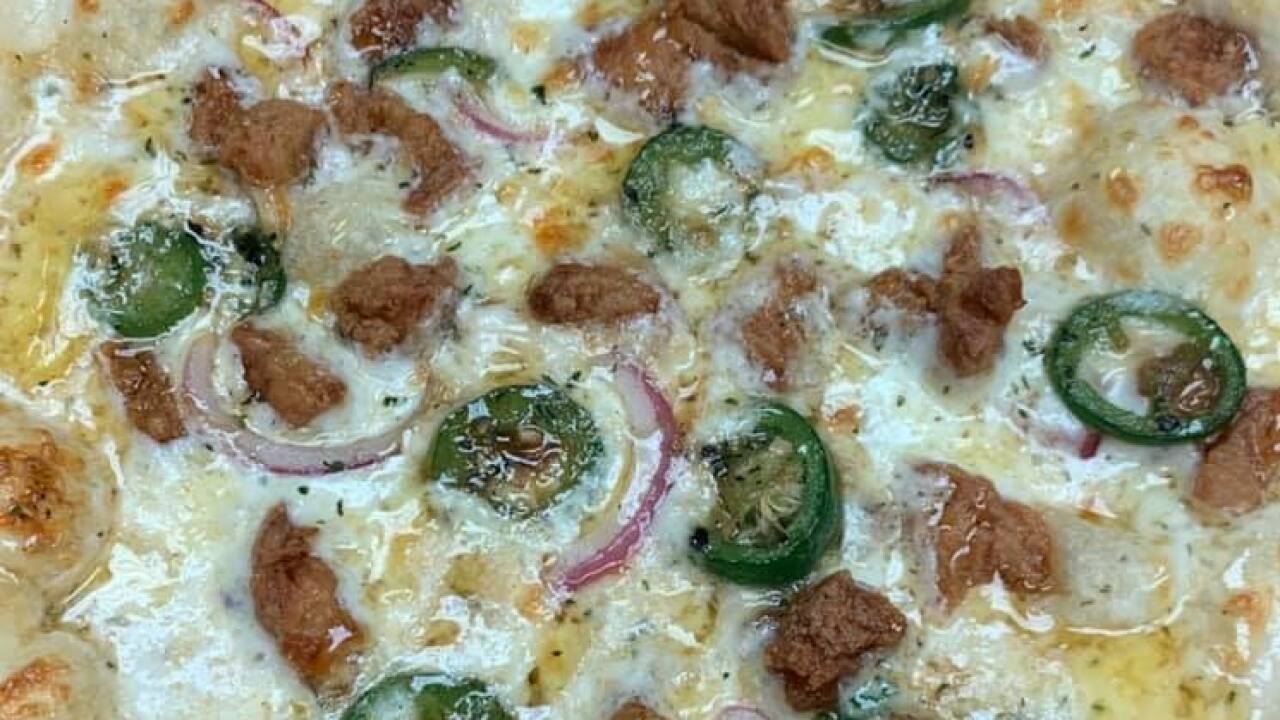 COVINGTON, Ky. — Tishana Holmes loves to cook. It’s something she has done since she was a child, and it’s a tradition that has carried over into adulthood. It’s one of many interests she now shares with her husband, former Cincinnati Bengals player Adam “Pacman” Jones.

So when Jones officially retired from the National Football League earlier this year after 12 seasons, Holmes decided it was time for her to pursue her passion for food.

Enter EndZone Pizza, which they opened June 15 in Covington, at 2607 Madison Ave., near Holmes High School.

“When he (Jones) said, ‘I’m hanging up the cleats,’ I said, ‘OK, I’m putting on my apron,’ ” Holmes said. “We’ve been wanting to do this family business for a very long time now. We’re foodies. I was raised in a household where we all enjoyed to cook. My father had a restaurant and a catering company; and as a teenager, that was my side job. When I was single, my girlfriends, they’d come with the bottle of wine, and I’d bring the food. And then when I became a wife, my husband and I both connected over our love for cooking.”

It’s one of many things that bond them, she said, including sports. So it’s no surprise that the restaurant is heavily football themed, from the décor to the menu and everything in between. There are traditional pizzas, such as the “Hail Mary” or the supreme, as well as pies made with more Southern flair. (Holmes was raised in Tennessee and Jones in Georgia.)

Top sellers include the Fair Catch, a seafood pizza with shrimp and crabmeat; and the EndZone, a pizza topped with fried chicken, caramelized jalapenos and onions and a sweet honey sauce.

For wings, there’s the Ocho Spice, Asian wings that are a nod to another former Bengals player, Chad Johnson, aka Ochocinco; The Whitworth, bourbon barbecue wings named after former offensive tackle Andrew Whitworth; and Slim Henry Sauce, a spicy garlic wing dedicated to the late Bengals wide receiver Chris Henry, who played with Jones at the University of West Virginia. Henry died in 2009.

Hoagies, pasta, desserts and more items round out the menu.

“Everyone loves pizza. It’s universal,” Holmes said. “But if they don’t, I have many more things on the menu that I’m sure they would enjoy. The biggest thing is, we want the quality of the food to be right. Everything is fresh. We’re using fresh ingredients. We created our own spice mixtures for the sauces. Every pizza has a different sauce, or its own identity.”

It was also important that the atmosphere complement the food, she said. To that effect, the restaurant is small but simple. There’s seating for about 50-60 people. Televisions – and various football photos – line the walls. Holmes hopes it will be a draw on game days this fall.

EndZone Pizza is open six days a week – it’s currently closed on Sundays – but that off day will shift to Tuesday once the season is in full swing, she said.

The space, formally Giuseppe's Pizza, was renovated, and Holmes was purposeful when adding new pops of color. The red chairs, for instance, symbolize the love that goes into preparing the food. With its proximity to local schools, she also hopes it’s a safe haven for students.

“We have a big family, so it means a lot for us to have an establishment that people can come with their children. We want to be an atmosphere where the kids can come in without their parents and feel safe, and the parents feel comfortable with their children coming in without them as well,” she said. “We have children of our own, and it takes a village. We want to show the same support (that we've) received.”

So far, the community support “has been overwhelming,” Holmes said. EndZone Pizza is roughly 2 miles south of downtown Covington, near 26th Street, so it’s a quieter stretch, but people are excited to have another neighborhood option for food, she added. The staff already has served several repeat customers.

“I think Covington was a great choice, after all the research (we did),” said Valerie Chenault, a business consultant for Holmes. “The community has been warm and welcoming, and they’re excited to have something good close by.”

That’s not to say Cincinnati won’t also feel the love -- and soon. EndZone Pizza will be the first of many business ventures for Holmes. She plans to open a second location – on the Ohio side of the river, this time – in 12-18 months. The ultimate goal is to franchise the concept. She’s also planning to open another restaurant that focuses on Southern comfort food.

“We have quite a few different ideas,” she said. “This place is our No. 1 priority right now. But we feel like it’s a very good start.”