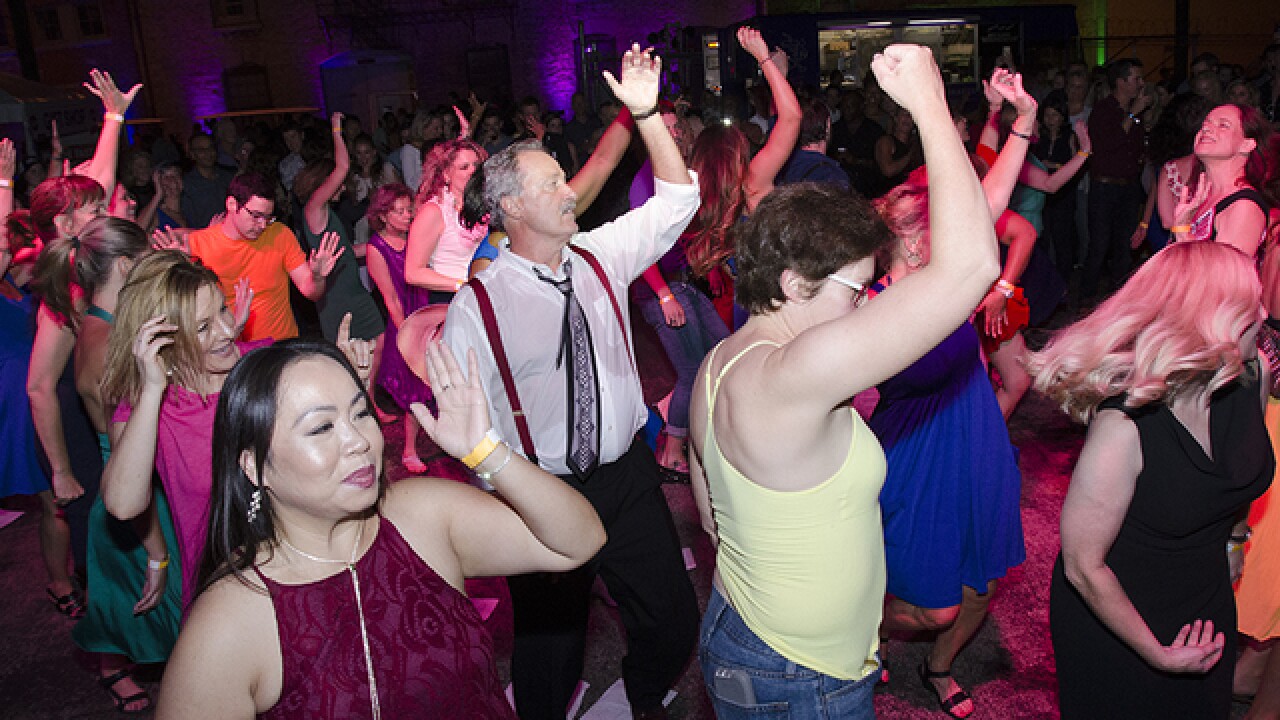 Copyright 2018 Scripps Media, Inc. All rights reserved. This material may not be published, broadcast, rewritten, or redistributed.
JOSEPH FUQUA ll
Film Cincinnati celebrated its 30th anniversary with Backlot 30, a red-carpet street party in the back alleys of Over-the-Rhine, on Saturday September 23, 2017. Dancers with Dance Fixx by HBDC performed for the crowd. Photo by Joseph Fuqua II for WCPO

CINCINNATI – Film Cincinnati will once again bring glitz and glamour to the Queen City this September.

The nonprofit organization dedicated to growing the region's film industry announced Tuesday that it will host Backlot 2018 on Sept. 8, in the "railroad district" of Queensgate along Mehring Way.

Film Cincinnati Executive Director Kristen Schlotman said Backlot 2018 will include many of the same elements, plus a few new features.

She added guests can expect a few surprise celebrity and film industry dignitaries that they will be able to party with as well.

Esteves had filmed his movie "The Public" at the main branch of the Public Library of Cincinnati and Hamilton County in January 2017. Rhymefest played a character named Big George in the movie, which focused on the tensions between police, city officials, library employees and Cincinnati's homeless population who take over the library for shelter during a bitter cold snap.

"The Public" debuted at the Santa Barbara Film Festival on Jan. 31 this year.

Superstar admission tickets for Backlot 2018 cost $75 and include the red carpet experience, food, live entertainment and access to a cash bar. Director VIP tickets cost $175 and also include early entry to the event, two drink tickets and VIP lounge access.

Tickets can be purchased at filmcincinnati.com.