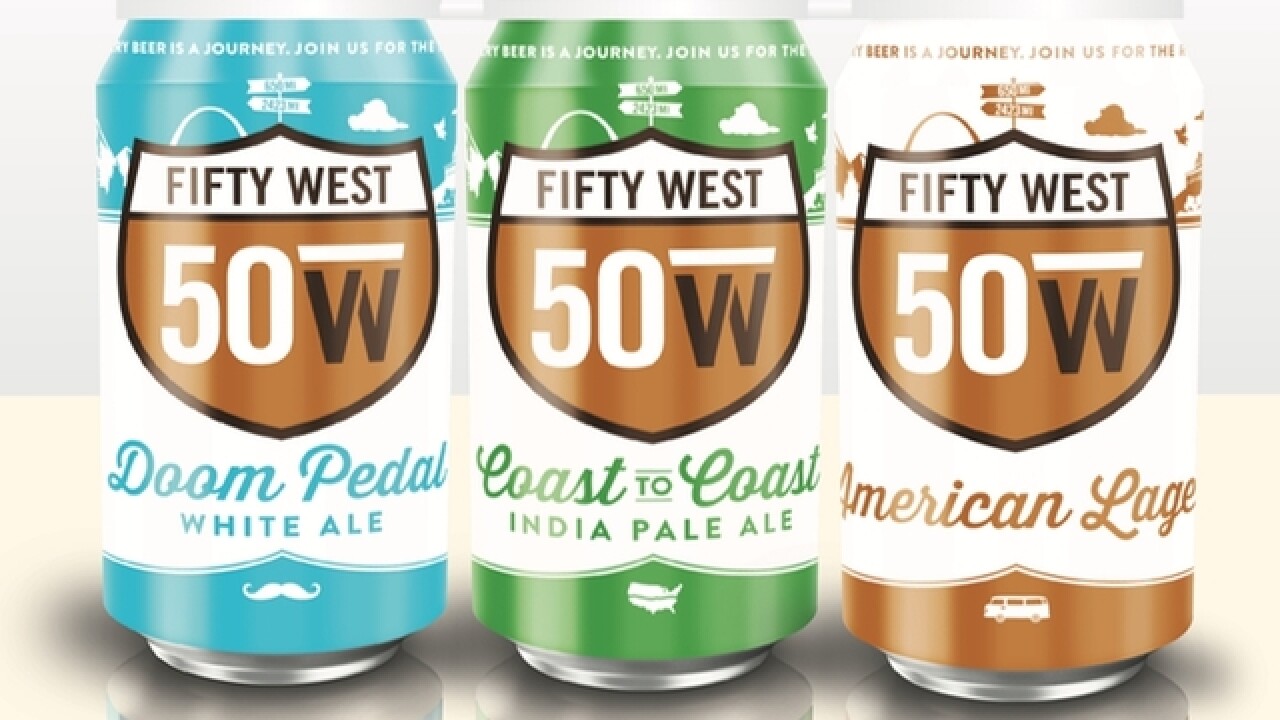 COLUMBIA TOWNSHIP, Ohio – Fans of Fifty West Brewing soon will be able to buy a six-pack of three types of the brewery's craft beers at local liquor stores.

On Monday, the brewery announced it will begin distributing cans of its Coast to Coast IPA, American Lager and Doom Pedal White Ale to area restaurants, bars and retail locations on Jan. 30.

“It’s been a long road arriving at this can launch," said Fifty West managing partner Bobby Slattery in a press release. "I felt strongly that staying away from cans in the early years of the business granted us a learning curve to be adventurous and gain experience without massive consequences. We’ve spent time perfecting our brewing techniques and flavor profiles while steadily growing our draft presence and our brand throughout the city."

Slattery opened Fifty West at 7668 Wooster Pike in November 2012. The brewer expanded its beer-making capacity when it opened the Production Works at 7605 Wooster Pike in May 2016.

“We made a large capital investment in equipment for our craft beer laboratory," said production manager Scott LaFolette. "Each of our core canned beers went through countless tests and tweaks until we arrived at exactly how we wanted each of them to taste. We hope Greater Cincy enjoys these beers as much as we do."

Fifty West is working with Stagnaro Distributing for can distribution. Local Kroger stores will stock Fifty West beers, which should retail for $9.99 per six-pack.

Fifty West Production Works will host an official can launch party on Jan. 30. People will be able to purchase six-packs at the event.