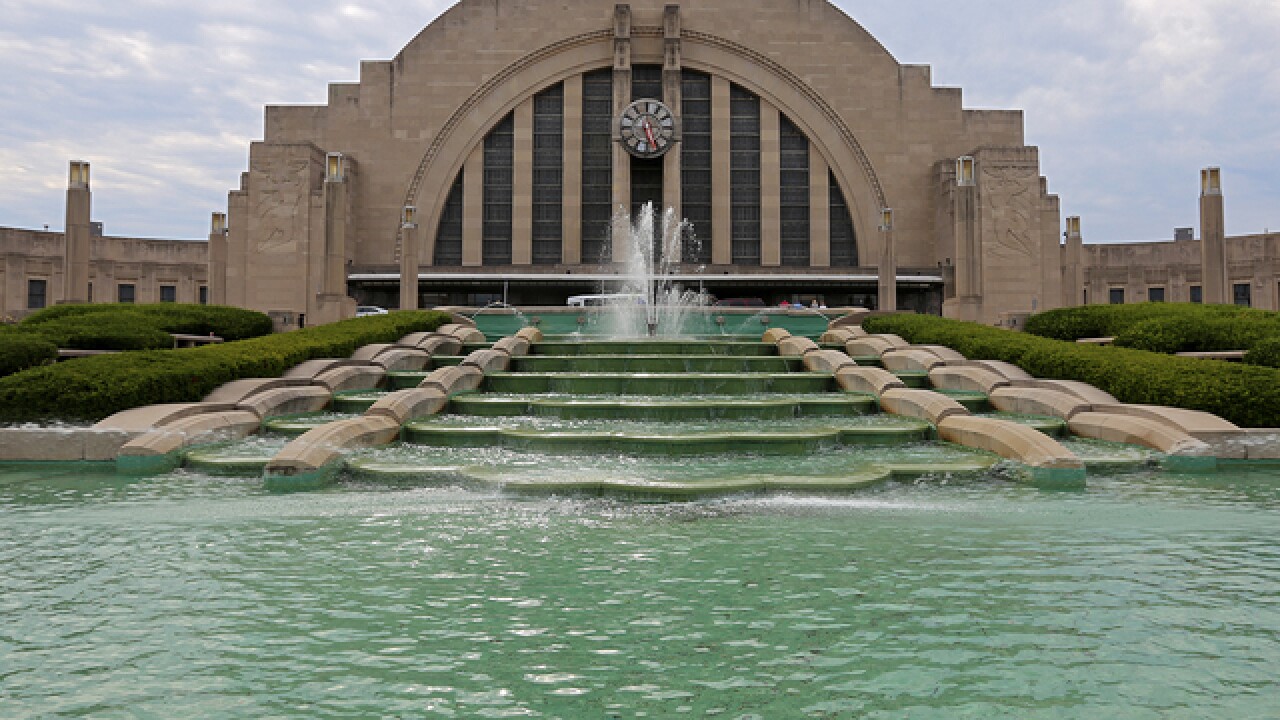 CINCINNATI -- Spring has officially come to Cincinnati and that means it's time to get outdoors. Cincinnati Museum Center is bringing back its walking tours to help you enjoy the warmth and sunshine around the Queen City.

Hit the bricks from April through November for a street-level view of Cincinnati history as you walk through some of the region's most historic neighborhoods. Each walking tour is approximately 2 to 2.5 miles and operates rain or shine, so come prepared with comfortable shoes, umbrellas and rain gear, as needed. Tours range from $15 to $25 per person, but museum members receive a discount.

Walking tours are led by one of the museum Heritage Programs employees who, for more than 30 years, have been sharing their passion for history through walking and motor coach tours and hundreds of audiovisual presentations on a wide range of topics. Each tour is thoroughly researched and presented in vivid, gripping detail.

Explore the history, architecture and importance of Fourth, Fifth and Vine streets and stroll through Piatt Park, the city's oldest park. Learn about the city's finest religious buildings and 19th century homes. The tour covers 60 points of interest, telling the story of Downtown's development, from its early years to its business peak to its current role as an urban living and dining destination.

The city may have been built on bacon and beer but the German immigrants of the 19th century also had a knack for architecture. See how an area once neglected has been revitalized into a neighborhood that attracts families, young professionals and retirees with its restored historic buildings, abundant dining options, parks, churches and boutique shops.

Once the landing site for steamboats and cargo, The Banks have found new life as a family-friendly green space. Explore the transformation of The Banks from the 18th century river town through industrialization and into the bustling recreation space of today.

Discover how Mariemont became a national exemplar in town planning in the 1920s by taking in the various architectural styles and planned green space that has since become a National Historic Landmark.

Part of President Franklin D. Roosevelt's Resettlement Administration in the 1930s, Greenhills was one of three planned "Greenbelt" communities. Tour the neighborhood including murals and a bas-relief by WPA artists, original items from the Greenhills Historical Society's collections, the village common and the international-style housing.

Learn about the history of the Cincinnati and Westwood Railroad, a narrow-gauge railroad that provided service between Westwood and downtown Cincinnati in the 1870s. Crisscross the railroad's former path and hear how the village spawned a nationally-recognized winery, some of Cincinnati's greatest business leaders and will soon host a puppet center and theater.

Discover how wealthy 19th century Cincinnatians climbed the hill to escape the noise, crowding and smoke of the city and built their grand homes on Mt. Auburn. Take in the Victorian architecture of those homes and end at the William Howard Taft National Historic Site.

Starting at the base of the Roebling Suspension Bridge, enjoy breathtaking views of Cincinnati and learn about the settlement of Northern Kentucky, its importance in the age of steam travel, the impact on German immigrants and their architectural style and the current renaissance transforming the area.

Once known as Millcreek Station and a transportation hub for travelers by horse, stage coach, canal, railroad and trolley, Northside transformed from settlement to booming industrial center to today's vibrant new neighborhood.

Tour the historic Murphy Theatre, Wilmington College, the refurbished county courthouse and charming downtown of Wilmington, a small town with a rich Quaker history of faith, adventurers and industry.

Learn the history behind some of Cincinnati's most treasured works of art. Originally installed in Union Terminal in 1933, the industrial mosaic murals were later relocated to Cincinnati/Northern Kentucky International Airport before once again being moved to the Duke Energy Convention Center downtown. Hear the history of the local companies represented in the mosaics and the incredible efforts to save the masterpieces.

Designed by architect Samuel Hannaford and built in 1908 to honor those soldiers lost in the Civil War and Spanish-American War, Memorial Hall has undergone a major restoration. Explore the 560-seat theater and discover how historic architecture and elements have blended with modern technology to once again transform Memorial Hall into an incredible event venue.