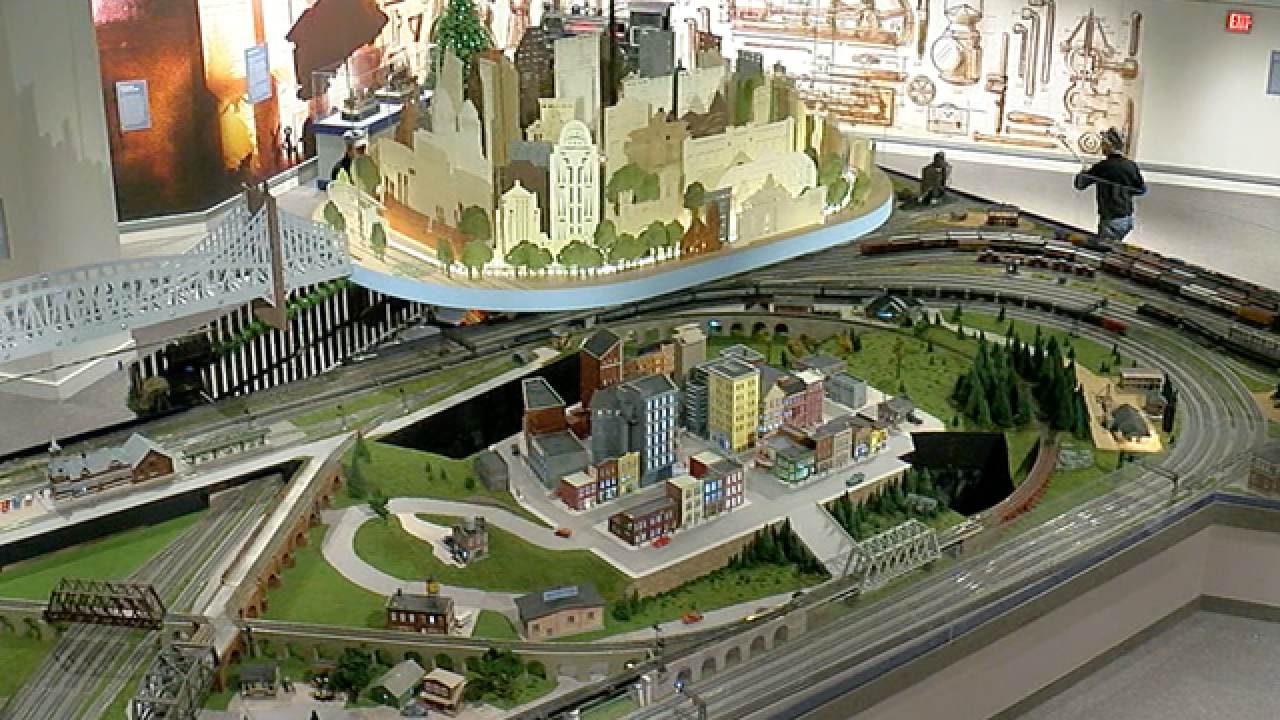 CINCINNATI – A Queen City holiday tradition will return after a two-year absence on Nov. 17.

The Duke Energy Holiday Trains will once again be on display when the Cincinnati Museum Center fully re-opens to the public at 10 a.m. that day.

Museum Center officials put the display on a two-year hiatus starting in 2016 as Union Terminal underwent a $212.7 million renovation project.

The hiatus ended a 70-year streak for the massive miniature train diorama, which was first displayed during the 1946 holiday season in the lobby of the Cincinnati Gas & Electric Co. (CG&E) building Downtown.

The now-defunct B&O Railroad Co., which built the display to train the U.S. military how to run rail yards in the buildup to World War II, gifted it to the energy company that year to celebrate the end of the war.

The display includes 300 miniature rail cars, 60 engines, 1,000 feet of track and detailed diorama. Crews assembled and disassembled it in CG&E's lobby every year until 2010. Duke Energy, which inherited the holiday trains, asked to permanently move the diorama to the museum center in 2011 due to its age.

Part of the Union Terminal renovations included relocating the holiday trains inside the museum and building a mezzanine to give visitors an overhead view of it, Cincinnati Museum Center spokesman Cody Hefner said when the hiatus was first announced.

Dinosaur Hall in the Museum of Natural History & Science and the Public Landing in the Cincinnati History Museum will also officially reopen to the public on Nov. 17.