Cincy-set 'Marauders' in theaters this summer? 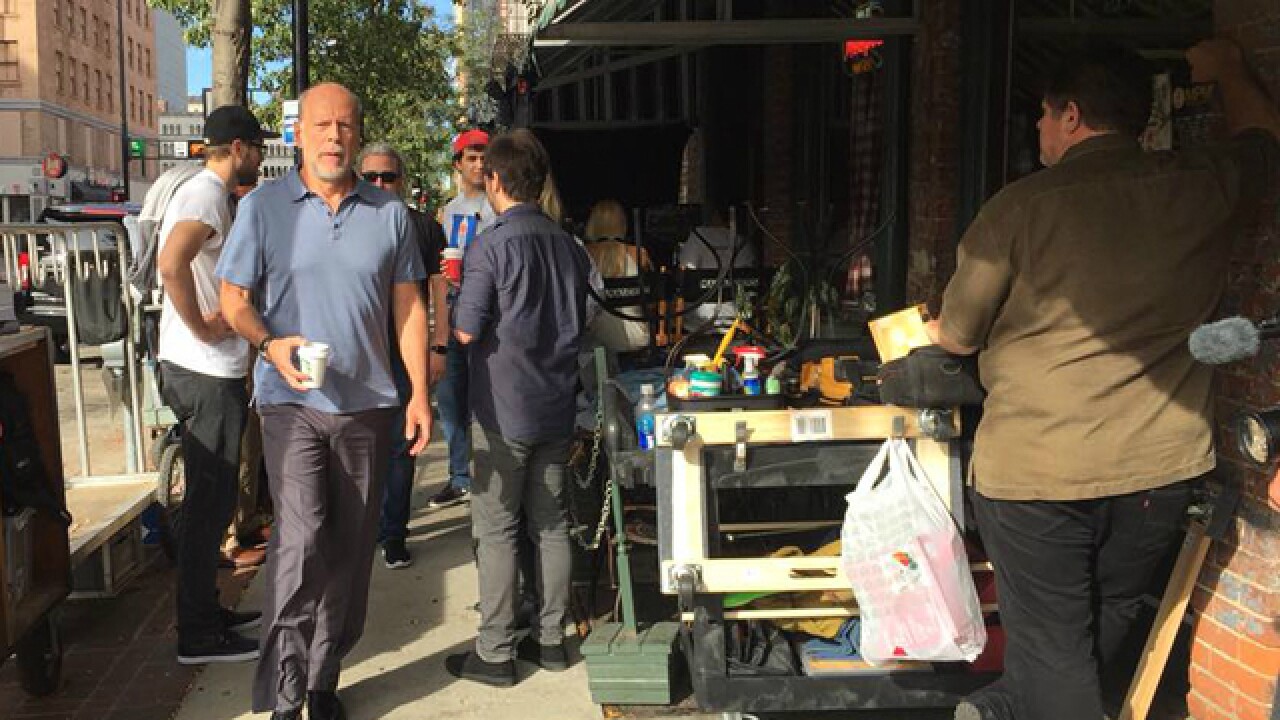 CINCINNATI — The bank heist movie “Marauders,” which was filmed entirely in Cincinnati last year, should hit theaters this summer, according to director Steven C. Miller.

#Marauders is officially done. Look for it this summer. More to come!

A video posted by Steven C Miller (@stevencmiller) on

Cast and crew shared many of their experiences shooting the film on social media. The movie follows FBI agents (Meloni and Grenier) and a police detective (Schaech) who are investigating the robbery of a bank owned by a character played by Willis.

Miller went so far as to recast the story to set it in Cincinnati; originally it was set in Chicago. That decision made “Marauders” the only film recently shot on location in the Queen City to also take place here on screen. Don Cheadle’s Miles Davis biopic “Miles Ahead” and the 1950s-era drama “Carol,” starring Cate Blanchett and Rooney Mara, were also shot in Cincinnati, but both movies were set in New York.

Miller did not give a release date for the film but promised there was “more to come” soon.