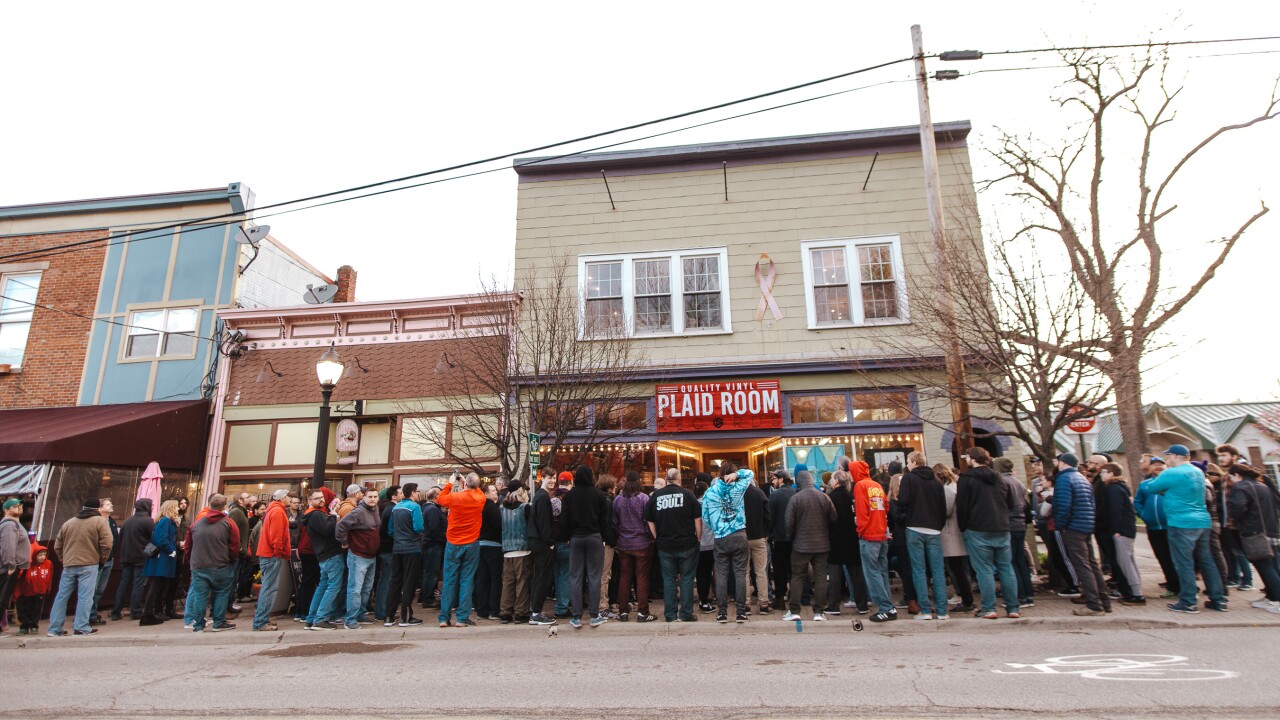 Since 2008, Record Store Day has celebrated independent music shops around the world each year with exclusive releases and contests for eager fans who sometimes line up overnight.

This year, however, Record Store Day organizers and supporters are singing a different tune. Originally scheduled for April and then June, the event now will take place over the course of three separate days – the first of which is Saturday.

“I think eventually we just got to the point where we stopped trying to make any formal plans because things were changing so much on a daily, weekly and monthly basis,” said Terry Cole, co-owner of Plaid Room Records in Loveland. “It was a little stressful and (there’s been) quite a bit of apprehension.”

Cole wasn’t alone in his concern.

“There was uncertainty at where we would be right now, about being open to the public,” said Steve Schmoll, owner of Black Plastic Records in Over-the-Rhine and Covedale. He also acknowledged a degree of risk, related to ordering products and anticipating the behavior of in-store shoppers.

But now, the first of three 2020 Record Store Days has arrived, “a day … to come together and celebrate the unique culture of a record store,” according to the Record Store Day website.

“The traffic each year is pretty insane,” said Woody Dorsey, manager of Everybody’s Records in Montgomery. “Usually, with folks lined up around the corner.”

“Every year that we’ve done this, it generates more and more traffic,” said Kevin Schraer, co-owner of Jet Age Records in Newport.

Adding gravitas to Saturday’s offerings is the fact that some retailers have yet to even open their doors for traditional shopping. Plaid Room Records, for example, has been closed to the public since March.

It’s all about the exclusive, limited-edition releases offered on Record Store Day for many music fans, and they won’t be found at big-box warehouses or chain stores, either. The Record Store Day organization stipulates that participating stores be brick-and-mortar retailers with independent ownership. And, no matter what listener tastes may be, the special releases offer something for everyone, from artists such as Al Green to the Yardbirds, Miles Davis to Motorhead, with collateral novelties like a limited-edition miniature turntable that plays a 3-inch single by Post Malone.

“There are a lot of great, solid releases,” he said. “Billie Eilish, Tyler The Creator, Black Keys, Gorillaz ... I really wish I had placed a bigger order, but the uncertainty of knowing what the world will be like eight weeks into the future, I played it safe.”

As for Plaid Room, Cole points out that an auxiliary record label run by the shop Colemine Records has an official Record Store Day release of its own by Los Angeles artist Kelly Finnigan.

Traditionally, every store offers a unique Record Store Day experience. Although a list of most RSD releases circulates prior to the big day, no two independent stores will get the same shipment. Complementary activities like live band performances and cookouts add to the fun, and many music fans spend the day traveling from store to store.

This year, however, precautions related to the coronavirus are putting a cap on some of that excitement.

“We usually let a controlled chaos reign on RSD,” Dorsey said of the atmosphere at Everybody’s Records, “but this year we’ll have an aisle (devoted to exclusive RSD releases) and let a few people shop at a time. Live music was a highlight of the day, but that has been put off this year. And, of course, we will have people with cleaners wiping down things as much as possible.”

Schmoll said precautions will be in place at Black Plastic Records, as well.

“We’ll have sidewalk chalk points marked outside,” he said. “Shoppers will go through the RSD bin one person at a time, instead of crowding around it. We'll also limit the number of people in the store to a little over a dozen, and we'll have a separate entrance and exit.”

Regardless of the special precautions in place and reduced store capacity, Schraer is hopeful the day will be a good one for Jet Age and its customers.

“We hope to have a nice crowd,” he stressed, adding, “We’ll make sure they keep socially distanced and wear a mask.”

It all comes down to offering a safe and fun customer experience.

Cole considered his own store’s “wonderful group of loyal customers.”

It’s his record store’s relationship with those customers, he said, that “will help to make this day and the RSD days that follow wonderful.”