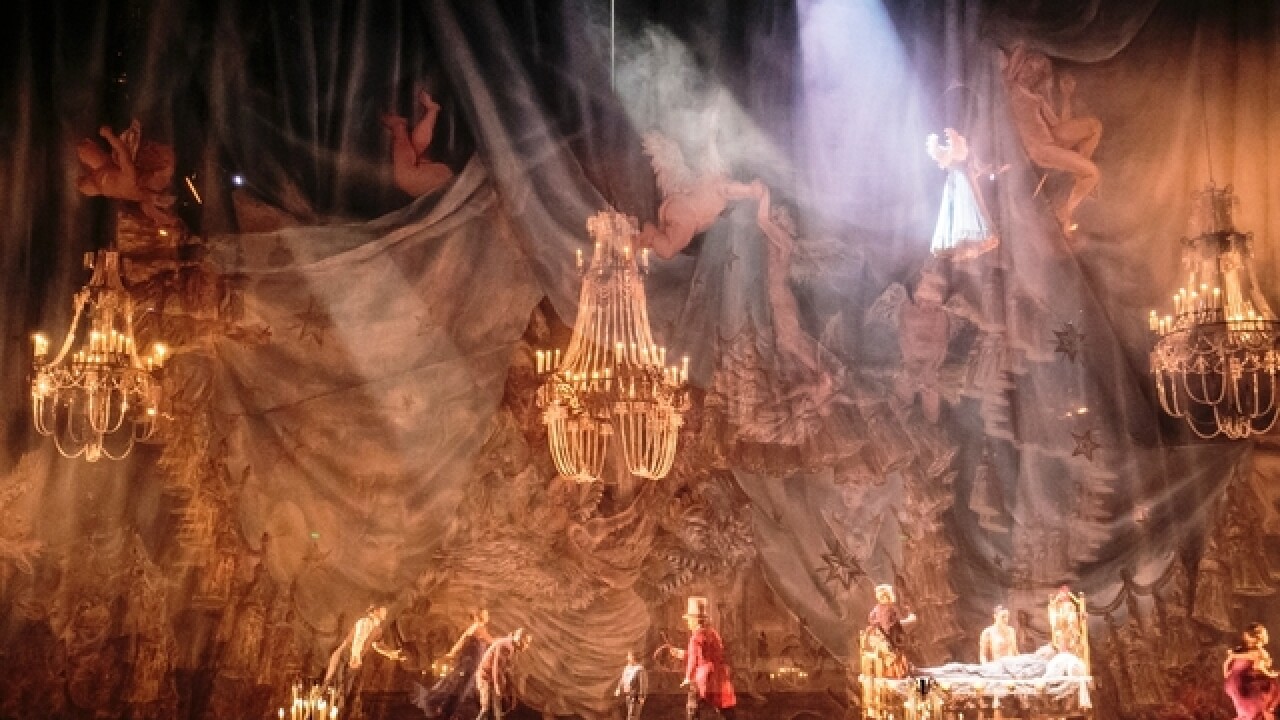 Copyright 2017 Scripps Media, Inc. All rights reserved. This material may not be published, broadcast, rewritten, or redistributed.
<p>Cirque du Soleil will return to U.S. Bank Arena May 3-6 with six performances of its production "Corteo." </p>

CINCINNATI – Cirque du Soleil will return to the Queen City next spring.

The traveling circus announced Monday that it will offer six performances of "Corteo" at U.S. Bank Arena May 3-6. "Corteo," which means procession in Italian, tells the story of a joyous parade imagined by a clown.

"There is something for different reasons that touches the spectator," said "Corteo" director Daniele Finzi Pasca. "It's not just surprise with the scale. They are also touching and moving stories being told."

"Corteo" is returning as a touring Cirque production after a two-and-a-half-year hiatus. The show ended a world tour in December 2015, Pasca said.

He added that staff has worked to scale the set of "Corteo" for smaller venues such as U.S. Bank Arena.

"We have a very complicated set for the tent," Pasca said. "We worked on some form to simplify and try to achieve a new element."

The new touring show includes more than 260 costumes, 51 acrobats, musicians, singers and actors and constantly changing set pieces to share the clown's vision of his imagined funeral procession. Most of the performers toured together during "Corteo's" original 10-year run, Pasca said.

"We create a big frontal stage," he said. "And so now with the new set the spectator is very close to the action. They can feel the story like in the theater. There is a closeness between the stage and the spectators."

May's tour stop will be the first time Cirque has performed "Corteo" in Cincinnati. The original "Corteo" premiered in Montreal in April 2005 and toured 64 cities in 19 countries.