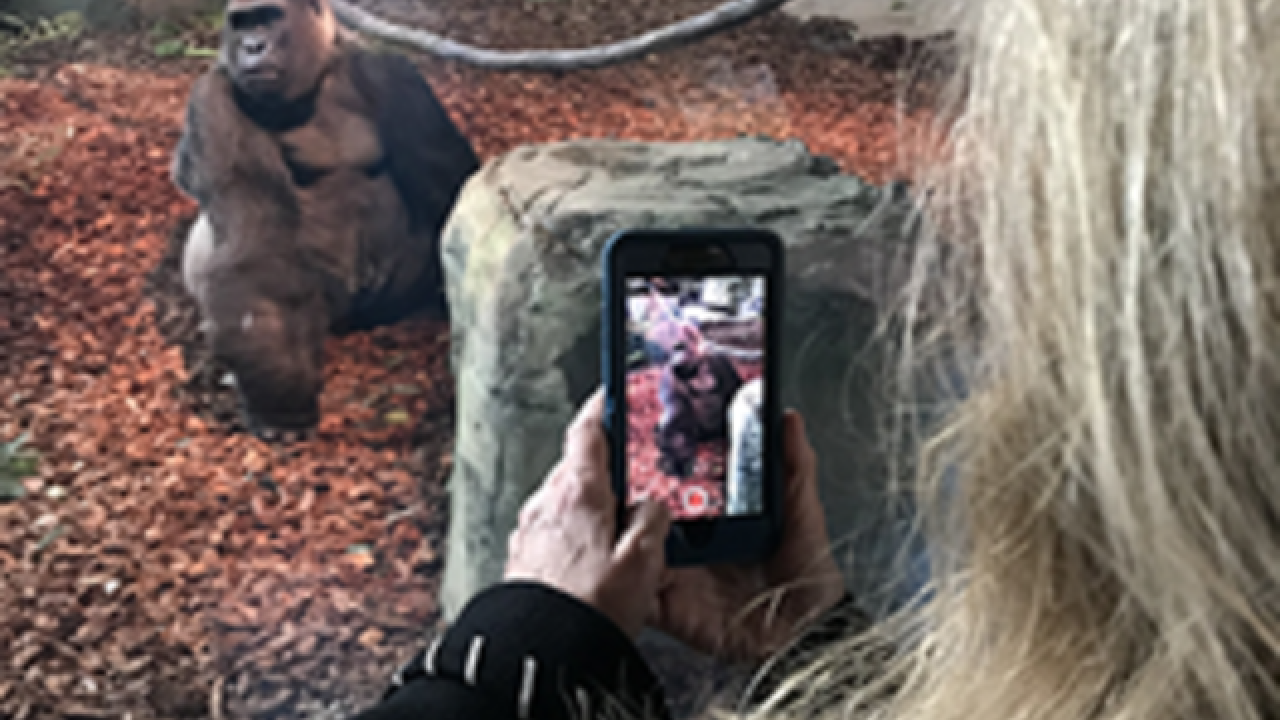 CINCINNATI -- Starting Wednesday, visitors to the Cincinnati Zoo and Botanical Garden can see gorillas all year long at a new indoor enclosure allowing them to safely come face-to-face with our primate friends.

“Every inch of the habitat has been designed with the gorillas’ needs in mind. Their strength and intelligence was also factored in, so the entire structure is gorilla proof,” said Thane Maynard, director of the Cincinnati Zoo. “The primate staff, architects and our facilities department collaborated throughout the entire design and construction process. As a result, the gorillas have an amazing, naturalistic space with endless opportunities for exploration.”

Watch a tour of the new space with Maynard in the video player below.

Of course, the Cincinnati Zoo is now synonymous worldwide with the  shooting death of the gorilla Harambe  after a child wandered into the exhibit in May 2016. Maynard confronted the elephant in the room at a news conference Tuesday.

"Last year, we had a tough year," he said. "We lost Harambe. We had a lot of criticism from around the world, but locally people were with us. We redoubled our effort at the Cincinnati Zoo and our commitment to gorillas."

Phase one of the Gorilla World expansion was completed in June and included increased usable land space on one side of the resurfaced outdoor habitat, a more energy-efficient stream and waterfall, rolling hills, new landscaping and an improved space for colobus monkeys. The less visible, but equally important, component of this part of the expansion included modernized living areas for the gorillas and a new behind-the-scenes configuration that provides them with spatial variety and easy options to move past one another.

The gorillas are still learning the ins and outs of their new dynamic habitat and behind-the-scenes bedroom spaces. They may or may not be visible at all times. Time in the indoor habitat will increase as the groups become accustomed to all the new sights, sounds and faces that they will encounter.

The Cincinnati Zoo has been caring for gorillas since 1931 and has made significant contributions to gorilla populations in Zoos across the country.  Fifty gorillas have been born in Cincinnati since 1970, when the first two gorillas, Sam and Samantha, were born a week apart. Samantha still resides in the zoo's family group and visitors can look forward to seeing her, along with the 50th gorilla, two-year-old Elle (whose name was chosen because L is the Roman numeral for 50), in the new indoor habitat.

There are about 765 gorillas in zoos worldwide including approximately 360 in the Association of Zoos & Aquariums Species Survival Program for this species. Western lowland gorillas are critically-endangered in the wild, with less than 175,000 individuals.

Due primarily to habitat destruction caused by logging, mineral mining and agricultural expansion, wild gorilla numbers continue to shrink. The bushmeat trade – the killing of wild animals to be used as human food – is also a major threat to the western lowland gorilla population throughout the Central African rainforests. Over 1,000 gorillas are illegally poached for the bushmeat trade each year.