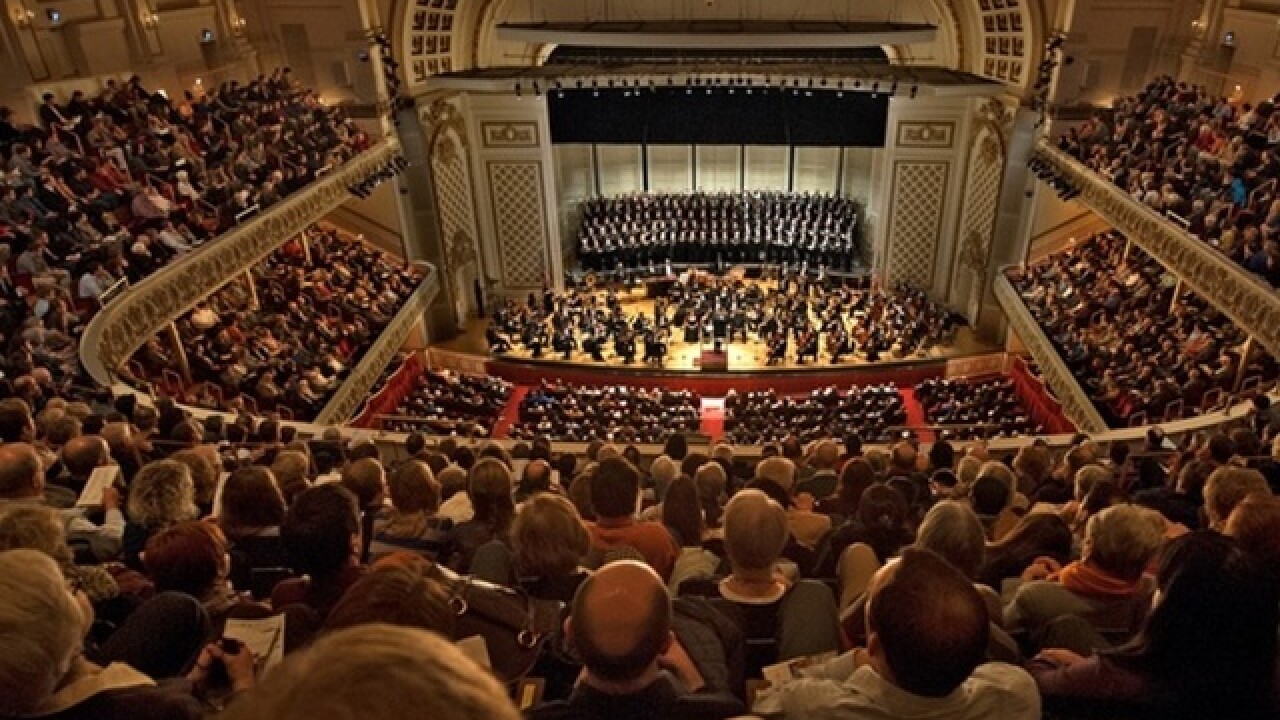 Copyright 2018 Scripps Media, Inc. All rights reserved. This material may not be published, broadcast, rewritten, or redistributed.
<p>Cincinnati Symphony Orchestra</p>

CINCINNATI – The Cincinnati Pops Orchestra will transport audiences to a galaxy far, far away inside Music Hall this September.

The orchestra, led by conductor John Morris Russell, will perform the complete score of "Star Wars: A New Hope" as the movie plays on an overhead screen during three showings: 7 p.m. Sept. 7-8 and 2 p.m. Sept. 9.

Tickets for the Cincinnati Pop's performances went on sale May 4 at cincinnatisymphony.org.

The special concert is not part of the Pops' regular subscription season. Tickets start at $25 and there is no limit to the number that can be purchased.

Generations of "Star Wars" fans grew up listening to the Oscar-winning score by composer John Williams. Williams won the Oscar for best original score after the film's theatrical debut in 1977.

The popularity of the epic science fiction movie about good versus evil ignited one of the most successful film franchises in history.

In 2005, the American Film Institute named Williams' "Star Wars: A New Hope" score as the greatest American film score of all time.