BLINK Cincinnati: Here are 9 things you need to know 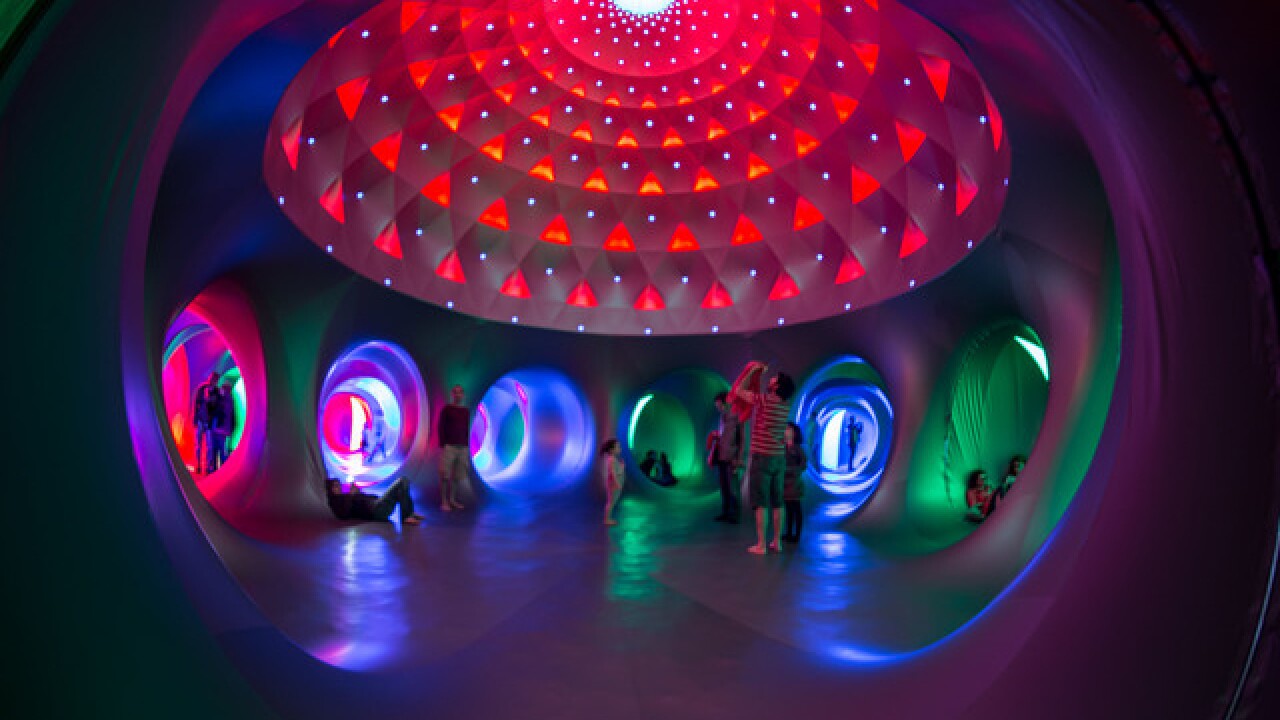 Copyright 2017 Scripps Media, Inc. All rights reserved. This material may not be published, broadcast, rewritten, or redistributed.
Provided
<p>Architects of Air (Photo provided by Loewen Photographie)</p> 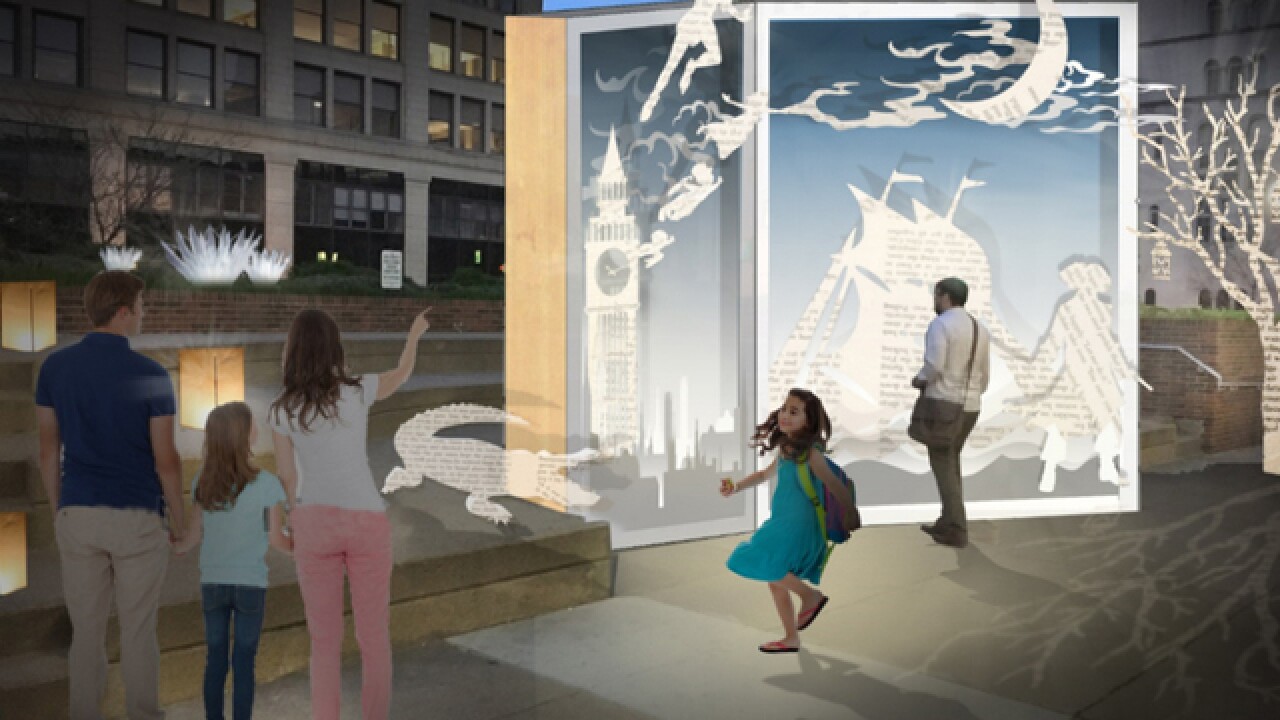 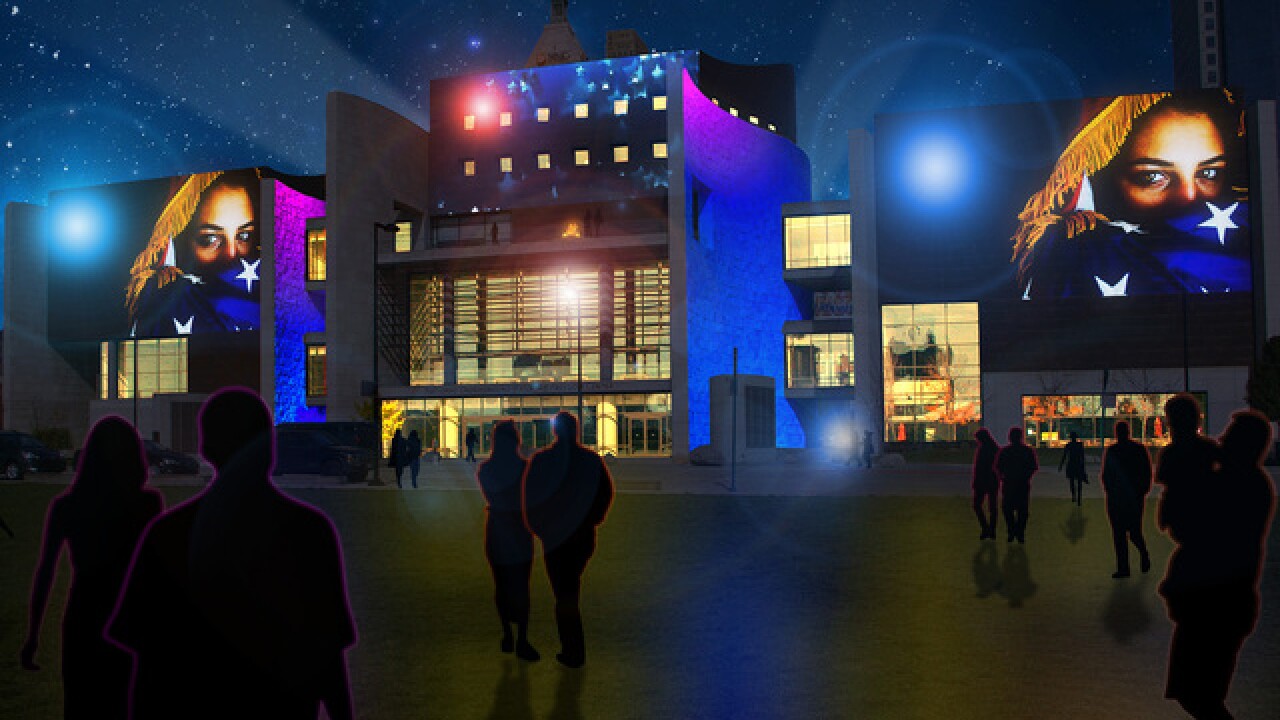 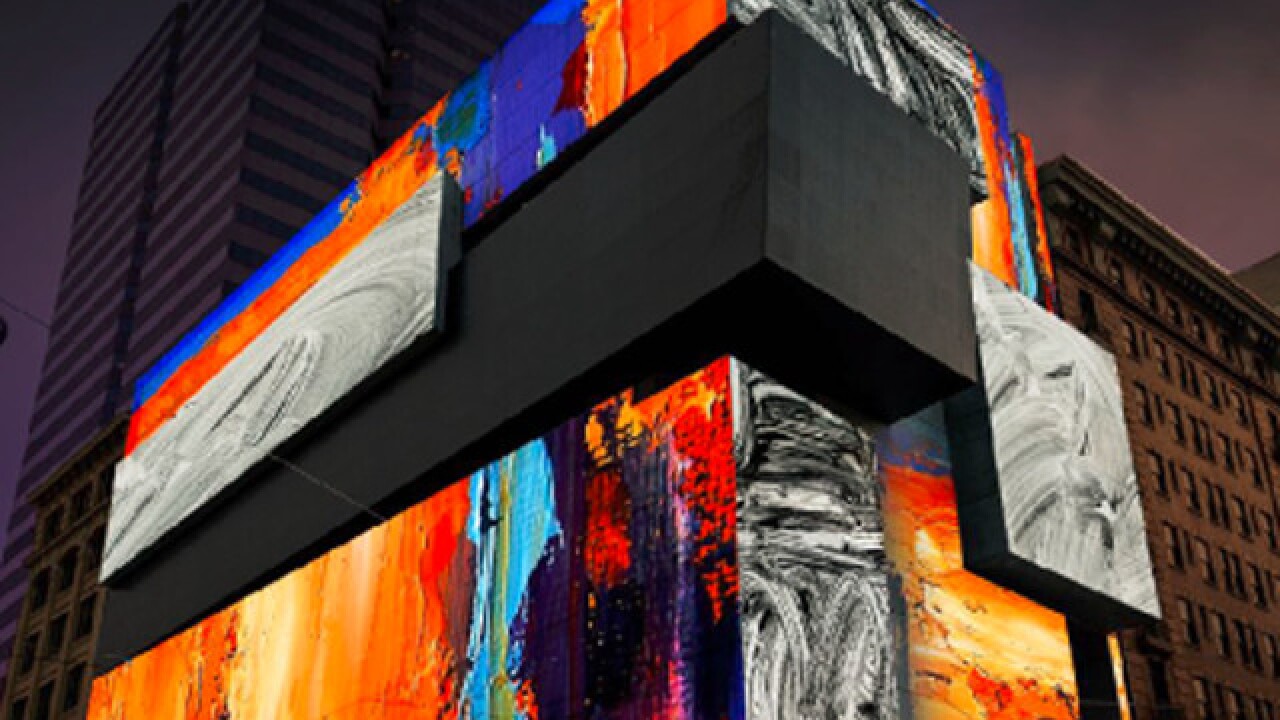 The first four-day art and light festival has been in the works for more than a year. Thousands of artists -- professionals and amateurs -- have created work for Blink, and it’s already earning positive attention for Greater Cincinnati.

And you're invited. Everyone is invited. All you have to do is get Downtown.

"We want everybody in Cincinnati to feel like they have a creative spark," said Steve McGowan, co-founder of Brave Berlin, one of the agencies that organized Blink. "We want people to discover the city through art. When the sun goes down, that's when the lights go on and the show begins."

Here are nine things to know about Blink.

Blink runs Oct. 12-15. The free event covers the 20 blocks between the Banks and Findlay Market, essentially surrounding the route of the Cincinnati Bell Connector Streetcar.

There are things to see during daylight hours (more on that below), but light projections will start around dusk each evening - about 7 p.m. - and run through midnight. Blink comprises more than 60 art projects, including 21 light projections, 27 lighted art installations and nine new murals on Pleasant Street.

All of this was organized by Brave Berlin, ArtWorks and AGAR Agency, and the Cincinnati USA Regional Chamber handled logistics.

Blink cost $3.6 million to put together, but thanks to donations from the Carol Ann and Ralph V. Haile Jr./U.S. Bank Foundation, Procter & Gamble, Western & Southern, Rhinegeist, Fifth/Third Bank, PNC Bank, Duke Energy and many other philanthropies and businesses, it's totally free to the public.

"At its core, Blink is for the city," said Dan Reynolds, Brave Berlin co-founder. "It's for everyone."

So, what is light projection?

Did you go to Lumenocity? Remember the light displays projected on Music Hall, the way they highlighted the building’s unique architecture? That's called projection mapping , and it can make buildings come alive with animations and optical illusions.

Blink will give you 21 light projections to "ooh" and "ah" over. Eleven agencies are producing the displays, and every one of them is local.

"The design community here is over the top," said Reynolds.

No plan, no problem

Even if you knew nothing about Blink, if you just happened to be Downtown one evening that weekend, you could enjoy the event.

It's free. (It's worth reiterating.) There's no specific place to begin or end, and installations are scattered throughout Downtown and Over-the-Rhine like breadcrumbs, each leading you to the next.

"Just park your car Downtown and start walking," Reynolds said. "It's designed to lead people on a journey of self-discovery."

Rest your feet and ride

One easy way to maximize your Blink experience is to hop on the Cincinnati Bell Connector .  Organizers purposely plotted light projections and installations so they could be seen from the streetcar. Park anywhere along the 3.6-mile route, get your ticket (a full-day pass costs $2) and ride the loop to get an overview of everything happening during Blink.

Then, you will have a better idea of where you want to get off the streetcar and spend more time exploring by foot.

Lights in the dark might be the headline attraction, but Blink offers several things to enjoy in the sunshine.

First, there's Summerfair , a collection of artists and craftspeople from all over the country. It will be open Friday through Sunday in Piatt Park, at 30 Garfield Place, beginning in the afternoon.

Then, in Washington Park, there's Architects of Air , the only ticketed attraction at Blink. A $5 ticket allows you to wander through the inflatable luminarium, which is open to visitors from 10:30 a.m. to 6:30 p.m. everyday. (Adults must accompany kids under 16.) Light filters in through the walls of the labyrinth and makes you feel like you're inside a kaleidoscope.

Finally, stop by Pleasant Street to see the murals that will live on after Blink. Curated by AGAR Agency, this open-air gallery will include pieces from internationally known artists, as well as the local artists of the Xylene Project.

If you think it sounds like Blink has too much to see in a single night, you're right.

"We designed the show so that you really can't see it in one day," said Reynolds of Brave Berlin.

Each light projection lasts about the length of a pop song, which isn't long. But 21 projections at three minutes each still will take more than an hour to see. Some are longer, and you still will want to get from one location to the next, stop for a bite to eat or a cocktail, and enjoy other art installations or murals.

Play with the giant Lite-Brite or take a ride on the giant lighted teeter-totters on Freedom Way. Check out the massive glowing bunnies on Court Street and the immersive light display the residents of Pleasant Street created. Enter the pages of storybooks at the main library.

Basically, give yourself time to wander and wonder.

Food, drinks and other necessities

A handful of hospitality areas will offer food, drinks, portable restrooms and extra trash receptacles. These hospitality areas, organized by the Cincinnati USA Regional Chamber, will close at 11 p.m. each night. You can find them marked in green on the Blink event map. That map, by the way, is a great resource: It shows the location of each light projection and art installation and gives a summary of each.

Downtown and OTR are full of restaurants and bars , and many will offer Blink discounts or specials. If you stop in for a bite or a cocktail, be sure to ask your server.

The parade, music and more

Blink will start at about 7 p.m. Thursday with a community light parade . Thousands of people have created things to illuminate the night as they stroll down Vine Street from Findlay Market to Washington Park. Heather Storer, for example, one of the designers from BHDP Architecture who created the Storybook installation at the main library, will march as a bedazzled Cinderella.

Keep your eyes open during Blink for your favorite Cincinnati arts organizations to make an appearance -- especially during the parade.

"Mashing things up: that's where creative things come from," McGowan said. "All the arts organizations are participating. They're all working together, for each other."

When we asked Blink artists what they most were looking forward to, trying to determine the absolute can't-miss display, pretty much everyone said they just wanted to see everything all lit up.

But one project came up several times: Huetopia. Two massive black-and-white murals created by the Xylene Project on twin five-story buildings at 1674 Central Parkway. Brave Berlin will animate the murals with projection mapping, hitting on the themes of Blink -- unity, hope, the spirit of the future city.

And there'll be a DJ blasting music from between the buildings.

"It's going to feel like a party," McGowan said.

If the Storymap below doesn't appear properly on your device,  click here to open it in a new window.