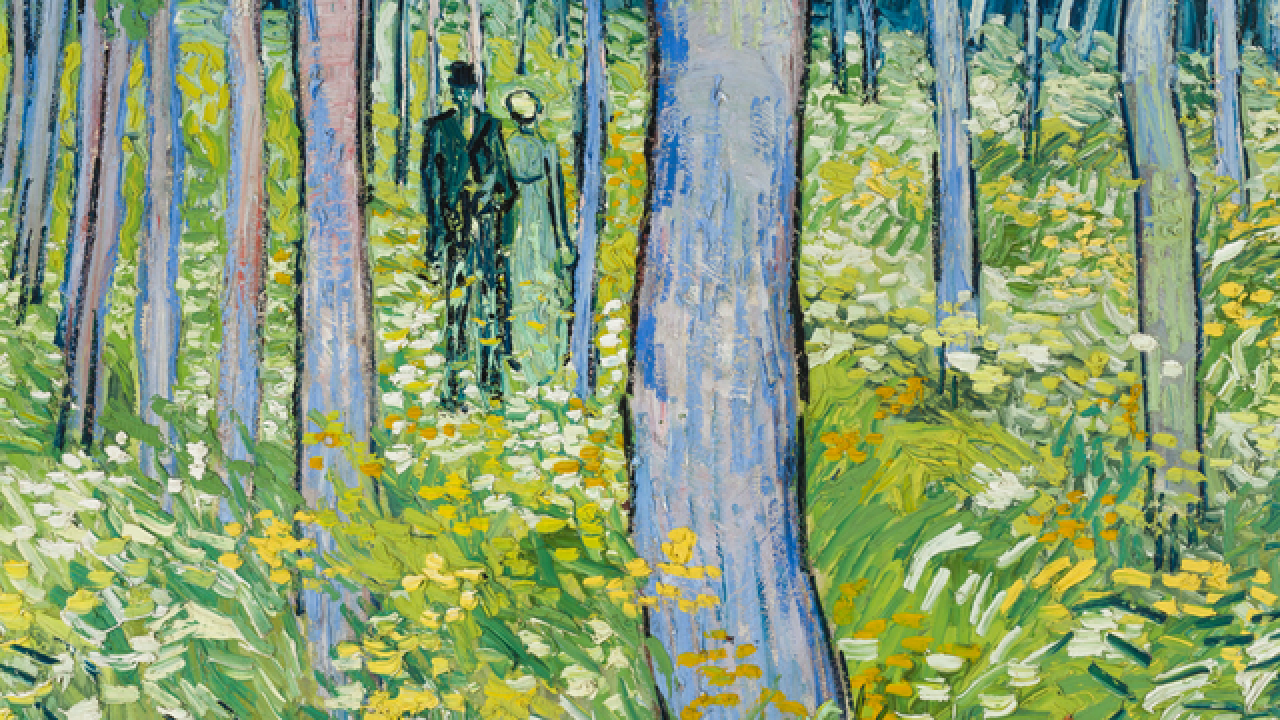 CINCINNATI – One of Vincent van Gogh's most famous paintings will return to the Queen City this July after a whirlwind trip around the world.

The famed artist's "Undergrowth with Two Figures" once again will be on display in the Cincinnati Art Museum's Mary E. Johnston Gallery on July 3. The museum lent the painting from its permanent collection to the "Van Gogh & Japan" exhibition, which was on view in Hokkaido, Japan; Tokyo; Kyoto, Japan; and Amsterdam.

Van Gogh completed "Undergrowth with Two Figures" in June 1890. It was one of the final pieces the artist completed before his death.

Before lending the painting to the exhibit, the art museum honored the work with a special exhibition in the fall of 2016.

The museum will celebrate the painting's homecoming with a launch party for a van Gogh-themed beer collaboration with Listermann Brewing Co. in the Evanston brewery's taproom at 10 a.m. July 21. Listermann will donate 10 percent of proceeds from sales of the beer to the museum.

The collaborative beer also will be available at the museum's "Art After Dark: Beer Bash" from 5-9 p.m. July 27. "Art After Dark" is a free event hosted on the final Friday of each month at the museum, which is located at 953 Eden Park Drive in Mount Adams.