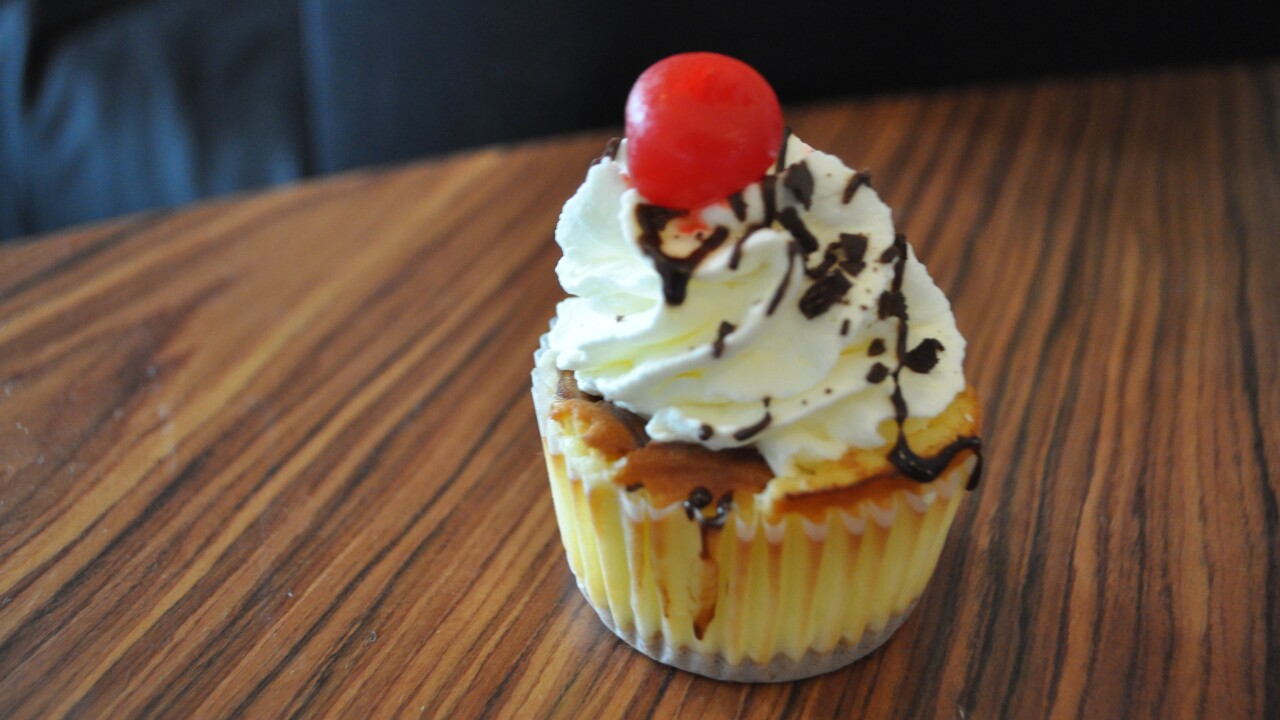 Liz Field recently expanded her mobile dessert concept, The Cheesecakery, with a new brick-and-mortar location that serves her signature cheesecakes alongside coffee, teas and other items. The Cheesecakery Café, located at 4901 Whetsel Ave., opened in late July.

Not only is it a homecoming of sorts for Field – she was raised in Madisonville and for decades her family owned a neighborhood grocery store – but it seemed like the next natural step for her business, she said. A physical storefront not only affords Field more space – she quickly outgrew her home kitchen – but a static location is a win-win for both fans and new customers alike, she said.

“I think it’s so cool that people can come in and get cheesecake anytime,” she said. “With the truck, you have to almost chase me around. And to have coffee, too … it’s pretty amazing.”

Field discovered her love for food almost by accident. She was in business school and looking for a job but, given the economy in the early 2000s, she had a hard time finding one, she said. One day, a friend invited her over to bake, and something clicked.

“When I realized I could make something like this with my hands, I was like, ‘whoa,’” Field said. “I just thought it was really cool.”

In 2009, Cincy Sweets, the precursor to the Cheesecakery food truck, was born. Field was whipping up creations like cookies, pies and wedding cakes. Cheesecakes soon became the sole focus, because “people would go crazy” for them, Field said.

“Most people who don’t like cheesecake like my cheesecake,” Field said. “It’s not sour or tangy. And you can taste the difference in the quality. Some people maybe use store-bought whipped cream. I whip my own cream, and I use real vanilla bean and real quality chocolate.”

As a whole, the Cheesecakery food truck has a roster of 75 flavors and counting, and Field plans to stock roughly 15 at any given time at the cafe. Those will rotate sporadically; more recent selections included cinnamon toast crunch, hot fudge sundae and Key lime pie.

Operating a brick-and-mortar will allow her to do more – like custom orders – but it also allows her to expand her product offerings. The space was a coffee shop in its past life – CooKoo’s closed here in September 2018 – so Field decided to carry on that tradition. The drink menu features La Terza coffee: Italian-style espresso, drip coffee, blended drinks and loose leaf tea, lemonade and smoothies. She makes other homemade pastries for sale, and lunch is coming soon.

Aesthetically, the cafe has had minor touch-ups from its CooKoo’s days. Field has added her own flair, of course, with pink sheer curtains, fresh paint and décor both old and new.

Many of the artifacts are a nod to her family history. Field’s great-grandfather, who came over from Sicily, started Mannino’s, a neighborhood market, which the family operated for 85 years. Field can point to the former site from the cafe. Many locals still remember it fondly.

“They did a lot for people back when nobody else would,” she said. Finding a space so close by “was literally icing on the cake.”

“Everyone says it’s really homey. It has good energy,” Field said. “The map [on the wall], the frame was stained with our own espresso. There’s some really cool things in here from my great-grandparents – some of the shelves, the candelabra, the mirrors. People are always finding more and more stuff [to see].”

For now, the Cheesecakery Cafe is open from 6:30 a.m. to 6:30 p.m. Monday-Friday, which means Field can still take the food truck on the road on the weekends. When the season ends in late fall, she said she will consider expanding the hours. And even though the cafe just opened, there’s plenty more she wants to do.

“I want this to be a community space,” she said. “This is different than the food truck, and it’s been a challenge, but it’s so rewarding. [I can look around say], ‘Wow, I created this.’”