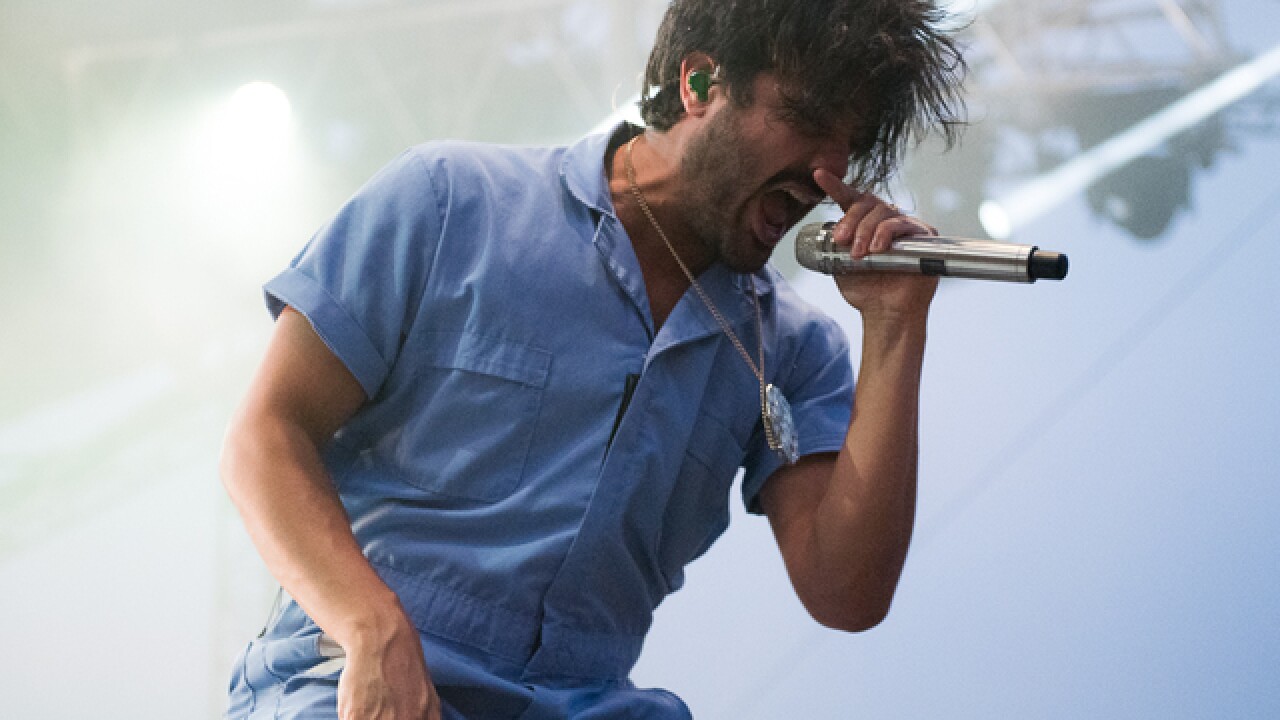 Copyright 2018 Scripps Media, Inc. All rights reserved. This material may not be published, broadcast, rewritten, or redistributed.
Jennifer Denham
Young The Giant performed during the seventh annual Bunbury Music Festival kicked off at Sawyer Point and Yeatman's Cove on June 1, 2018 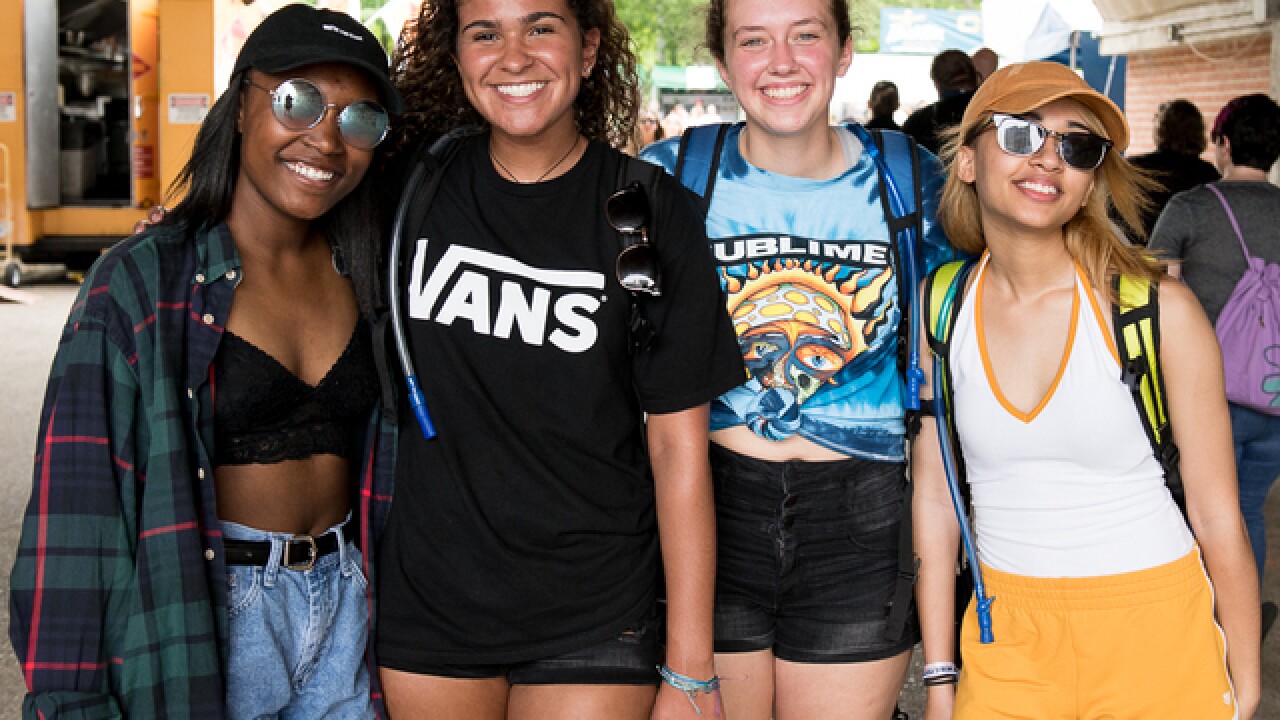 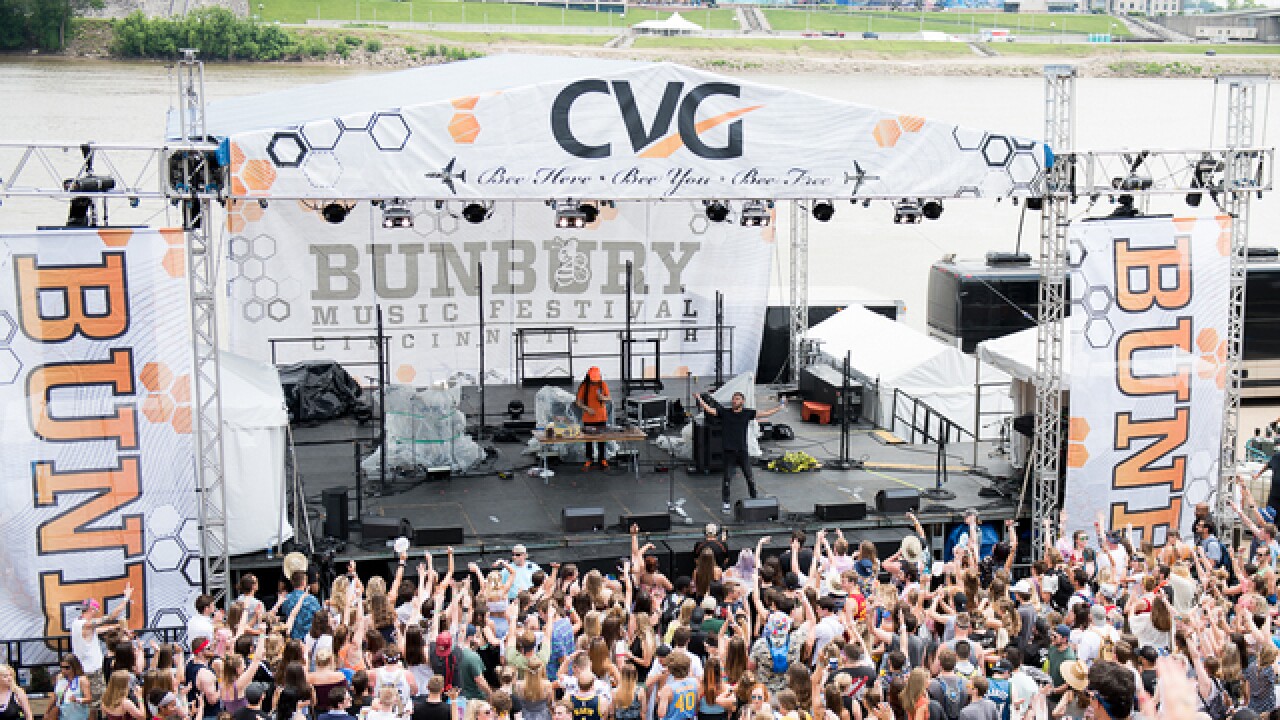 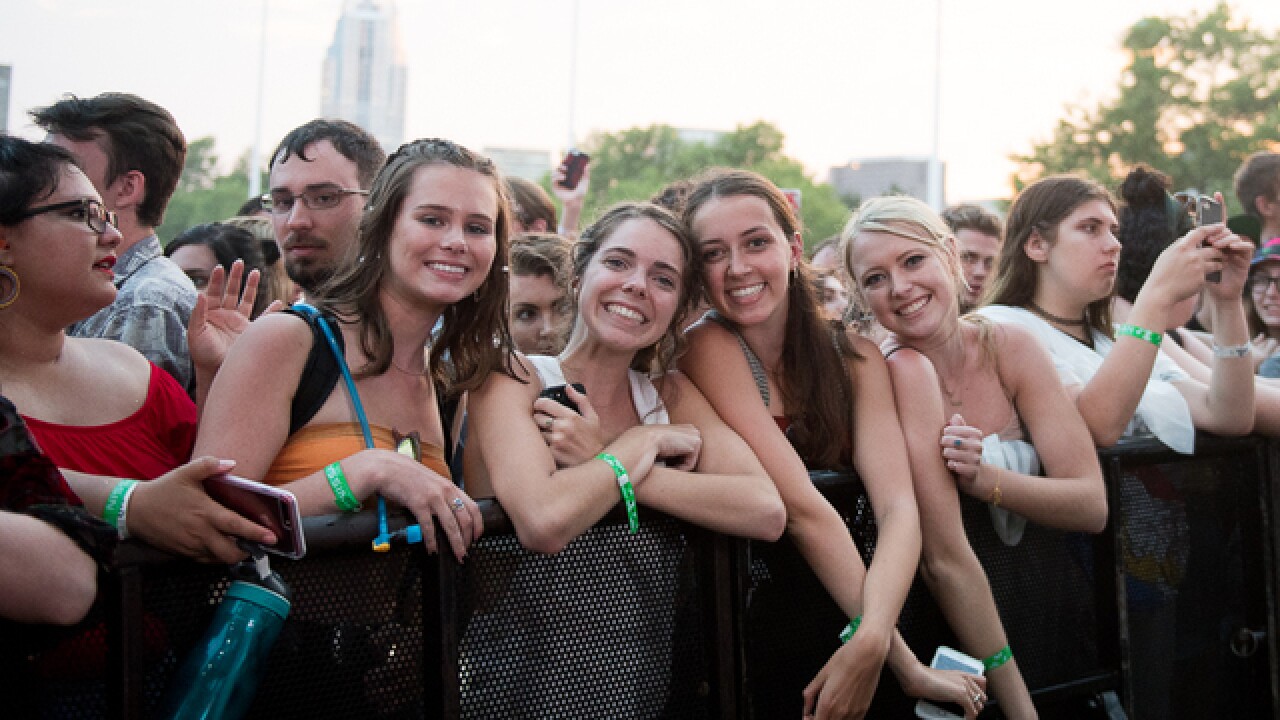 CINCINNATI -- After missteps in 2015 and 2016, the Bunbury Music Festival has found its groove.

The seventh edition of the festival opened its gates at noon on Friday. This is Columbus-based PromoWest's fourth year of organizing the three-day event after buying it from local businessman Bill Donabedian in 2014.

Unlike the first Bunbury under PromoWest's ownership in 2015, lines to enter the riverside festival moved fairly quickly on Friday. In 2015, people reportedly waited up to three hours trying to enter the festival on the first day.

ATMs, cellphone and vendor services worked relatively smoothly this year once inside the festival's venue. This is the second year that Bunbury returned to a cash-and-paper system for ticketing and sales. PromoWest attempted a cashless radio-frequency-wristband system in 2016 to streamline point-of-sale services and wait time at gate entrances but got mixed results.

PromoWest worked out the kinks of slow cell-service for ATMs and getting people into the festival when it returned to a traditional cash and paper-ticket system last year.

On Friday some Bunbury attendees were disappointed that Blink-182 canceled its headline performance that evening earlier in the week.

One person I spoke with said she bought her ticket from a friend who only wanted to see the rock band, but most people didn't seem to mind the change in line up. PromoWest offered to issue refunds for those who purchased single-day tickets for Friday's shows only.

Blink-182 also committed to performing at next year's Bunbury, which will be held May 31-June 2.

Pedestrians on the Purple People Bridge were disappointed to learn festival organizers erected a mesh barrier to obscure the view of the Nissan stage at Yeatman's Cove. In years past, people who did not pay to attend Bunbury could still watch performances from the bridge.

New to Bunbury Music Festival: These mesh barriers. No free concert viewing from the Purple People Bridge this year. pic.twitter.com/OoweK1gyZX

"Each year we get quite a few comments from our ticket holders mentioning that people are watching from that location for free, so out of respect for those folks we scrimmed it this year," said Marissa Luther, marketing director for PromoWest and Bunbury.

Even a brief thunderstorm that lasted for about 15 minutes around 6 p.m. couldn't dampen the spirit of the first day of this year's festival. Crowds continued to grow throughout the evening before Young the Giant played on the Sawyer Point stage at 9 p.m. after a short delay. The band was originally scheduled to take the stage at 8:45 p.m. Luther said Young The Giant managed to play its full set time even with the rain delay.

The Chainsmokers closed out the first night of Bunbury 2018 with a performance that lit up the Downtown night sky on the Nissan stage at Yeatman's Cove.

I've attended Bunbury each year since 2015, and this year felt like one of the festival's biggest Friday crowds. A few food and drink vendors ran out of change and had to hustle to get more cash. In the heat of the day, some beer vendors tapped out on draft beer and had to wait for fresh kegs.

These were minor hiccups, though, and that fed into my sense that there were more people at Bunbury's opening day this year.

When asked about attendance, Luther said Bunbury saw one of its largest Friday crowds since the festival's inception.

Overall, for anyone attending Bunbury for the first time on Saturday, Sunday or both days, they should expect a fun festival experience.

I'd recommend bringing plenty of sunscreen and smaller cash bills, taking advantage of the festival's free misting and cellphone charging stations and staying hydrated as temperatures and humidity remain high this weekend.

Brian Mains is an entertainment reporter for WCPO. You can find him on Twitter @BrianDMains.